Sound and light are not the only media which can be used, and it seems worthwhile to consider such work as moving towards a new art form or research discipline— a suitable name for which could be 'symbiotic art'.

Our senses interrogate things, and things reply to our senses. (Merleau-Ponty)

As noted last month on this page, interesting work is being done with transducers, or electronic systems which convert sound into light and light into sound. This is a field where electronic music and environmental sculpture overlap. Sound and light are not the only media which can be used, and it seems worthwhile to consider such work as moving towards a new art form or research discipline— a suitable name for which could be 'symbiotic art'. After some thought, I propose the following formal definition for symbiotic art: 'The initiating of certain physical processes which are analysed so that energy inputs can be transformed into energy outputs by means of a logical switching or programme. Some at least of the initial inputs derive from human behaviour, and the ultimate outputs are within the range of human perception, so that an interaction between the organism and the environment is established, analogous to symbiosis in nature.'

Sound and light are the most obvious physical processes to experiment with, since both can be exactly measured and standard electronic equipment already exists for the researcher to use. There is no reason why other processes such as heat, smell, wireless waves, infra-red rays and so on should not be used, and some of these are already being explored. The human organism cannot, of course, respond to stimuli outside certain limited ranges, such as the visible spectrum. Equally important in practice, some physical processes are dangerous to the human organism: it is well known that psychedelic music can cause deafness and that low-frequency strobe flashing can give some people fits.

The traditional aesthetics of music or of the visual arts are likely to be as much a hindrance as a help to the appreciation of symbiotic art. We must undergo a little retuning before passing judgment. The cocked ear, the narrowed eye, the detached judicious good-taste—these need to be relaxed, whether by the recovery of a childlike absorption in the environmental experience, or by a more intellectual reorienting of the perception through study of cybernetic theory.

In the March issue I discussed the symbiotic element in Tsai's work—but this is still presented as and recognizable as 'sculpture'. Here, I wish to cover the pioneering work that is being done in London by two cyberneticians, both in their early twenties, John Lifton and Adrian Nutbeem. Electronics is a rich medium, and a proper account of their work would include an advanced analysis of how each artist's conceptual approach is expressed in intricate decisions as to the 'logic' of his circuitry, or the specification of components.

John Lifton is a qualified architect who has opted out of architecture to work on his own ideas. At `Cybernetic Serendipity' 1968 he showed a computer-controlled light system, in which diffused visual images were projected against the whole interior of a geodesic dome, so as to involve the viewer in it 'rather than make him feel he was observing it'. At the Computer Arts Society's `Event One' last March, he showed two systems as a stage in a larger project. One of them, 'Sound to Light', responds to sound by distorting a flexible sheet of diffraction (rainbow-like) grating. Projectors are aimed at this surface, and the resulting image, reflected on a wall or screen, moves as the surface distorts. A sister system 'Light to Sound' is designed as a musical unit where no information needs to be passed from composer to performer. A number of photocells, focussed along a narrow beam, respond to light by passing signals to a computing device; this transforms the signals into sound output according to a logic pre-set by the composer. The performer only needs to move in front of the 'eye' for music to be produced.

Lifton is planning to couple the two systems so that they interact not only with human participants but with each other. He is working towards the building of an environmental system where all the senses would be involved in an integrated way; such a system would eventually be applied in an architectural context.

Adrian Nutbeem works with John Bucklow under the group name 'Quiet Pavement'. A varied experience has contributed to his 'symbiotic' work: mechanical engineering, industrial design, painting, organization of sound, poésie concrete, 'conceptual' art. Moving freely between such apparent extremes as pop music and advanced cybernetics, Nutbeem is one of several autodidacts who are now emerging to refresh a weary artistic scene.

Nutbeem exhibited in Event One a unit called Object-Text-Light-Interval (see flow diagram), which transforms the human voice and other sounds into currents that activate a bank of seven lights. A set of photocells senses both these lights and also ambient light from the room. The signals triggered off by the photocells are transformed by square-wave generators into sound, which by a controlled feedback can be re-inputted into the whole system. The audio effect is of a low continuous sound punctuated by higher-pitched sounds (hence the Light Interval of the title), vibrating through one's whole nervous system and accompanied by the pulsing lights of variable brightness (which are encased in a perspex tube). In some performances alpha rhythms from scalp electrodes have been coupled as input to generate pulsing. The term Object Text describes for Nutbeem the process of re-terming information into a new language; and round it he has formed some highly original if rather sibylline theoretical structures, which I can't do justice to in the space available here. His phrase 'environmental tuning' best defines both the actuality, and the visionary potential, of his work; but to justify the idea of dynamic mutual tuning between organism and environment it would be necessary to open some difficult questions of cybernetics and neurology. At this stage it is more relevant to argue that artists like Lifton and Nutbeem—who have got astonishingly far, spurred on rather than discouraged by the technical limitations of the equipment available to them—deserve access now to all the resources they need. Symbiotic art is confronting the McLuhan era head-on.

The British Society for Social Responsibility in Science, which is sponsored by many eminent scientists and has international links, held an all-day opening discussion at the Royal Society, London, on 19 April. The origin, scope and purpose of the BSSRS are described by Hilary and Steven Rose in New Scientist, 17 April. Among the working groups set up within the Society, it is possible that there will be one on Art and Science. Further information on the BSSRS and membership forms are available from the Secretary, Dr R. L. Smith, 42 Great Russell St, London WC1.

An International Congress of Cybernetics will be held in London at Imperial College from 2 to 6 September 1969. There will be special section meetings on Cybernetics and Artifacts, which we hope to cover in this journal. Further information is available from Dr J. Rose, Hon. Secretary, c/o Blackburn College of Technology and Design, Blackburn, Lanes, England.

The Ironbridge Gorge Museum Trust has launched an appeal for £1 million to develop part of the Severn Gorge, Shropshire, where the world's first iron bridge (1779) still stands and many other relics of this early industrial settlement also survive, into a 'Living Museum of international significance'. The artistic importance of this area is discussed in Klingender's Art and the Industrial Revolution. Information may be obtained from the Trust at Priorslee Hall, Oakengates, Shropshire; gifts should be made payable to Viscount Bridgeman at the same address. 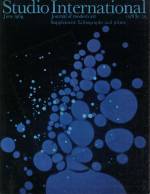 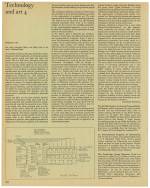