Centred around the theme of “performance”, this show cleverly connects the art, film and theatre worlds, which cross over not only in Edinburgh’s summer festival lineups, but also in Dean’s work to date

One of Britain’s most renowned and compelling artists, Tacita Dean is having a remarkable year, with three solo exhibitions in London, Landscape, Portrait and Still Life at, respectively, the Royal Academy of Arts, the National Portrait Gallery and the National Gallery. The Fruitmarket Gallery in Edinburgh presents its own exhibition of Dean’s work to complement these London-based events, and to delve into themes relevant to Edinburgh’s concurrent Art Festival.

Centred around the theme of “performance”, Woman With a Red Hat cleverly connects the art, film and theatre worlds, which cross over not only in Edinburgh’s summer festival lineups, but also in Dean’s work to date. Having worked across film-making, photography, drawing and various forms of installation over the past three decades, Dean’s new work for the Fruitmarket show focuses on her engagement with film, performance and narrative, showcasing a connected series of live performances, recordings, installations and the particularly compelling Found Postcard Monoprints (Actors) – a series of ethereal studies of the figure of the actor.

Built around her film Event for a Stage (a line from which lends the exhibition its title), Dean’s exhibition at the Fruitmarket steps off from the theatre piece that inspired the film, a series of live theatre performances for the 2014 Sydney Biennale. Her first theatrical production, this project introduced Dean to collaboration with the actor Stephen Dillane, and paved the way for her current film and related events.  Indeed, the film itself interweaves four recordings of the live performance and fuses the film-making techniques and styles that Dean is renowned for with the electric and novel experiments with performance and Dillane’s own contribution as an actor. The presence of artist/director and actor is compelling: as Dillane performs, Dean sits in the front row, handing him pages of the script they wrote together. He delivers lines from Shakespeare’s The Tempest, criticises the script itself, dramatically flounces off stage, and then returns. She hands him another page. And so on.

There is a feeling, which builds here, that the film and the performances it engages with are a multifaceted duet – not only between Dean and Dillane, but also between film and theatre. What emerges is a truly compelling interaction – a testing of compatibilities and tensions, attractions and revulsions, moods and temperaments. As with any love affair, platonic, creative or otherwise, there is also an inherent tension and drama between assertions of truth and illusion, reality and desire. Truly an artwork of and for the Edinburgh Festival, this hypnotic and challenging series of events, and the exhibition that frames it, will surely compel viewers to return in memory, if not in person. The film is dreamlike, but also at times disturbing, and Dean seems to relinquish control to the strangeness and newness of theatre, and so invigorates it, and her own practice. Ultimately an exploration, perhaps, of submission and dominance to one’s own and others’ art forms, Woman With a Red Hat creates a dynamic and electric space for consideration of these complex ideas.

Surrounding these theatrical events and the film itself, the theme of “performance” is also explored in subtler ways, in other parts of the exhibition. Deconstructing performance, and playing with the ideas of the actor in particular, Dean’s “film miniature”, His Picture in Little (2017), presents three actors (Dillane, Ben Whishaw and David Warner), all of whom have played Hamlet on the London stage and now appear to sit side by side – newly vulnerable, without their script, this time, without a role. Playing with the existential angst that electrifies Hamlet, Dean’s engagement with Shakespeare’s play, and with the actors who have individually engaged with it, His Picture in Little manages to draw in its new audiences, however unpredictable and ensure and even erratic the emotional atmosphere is. 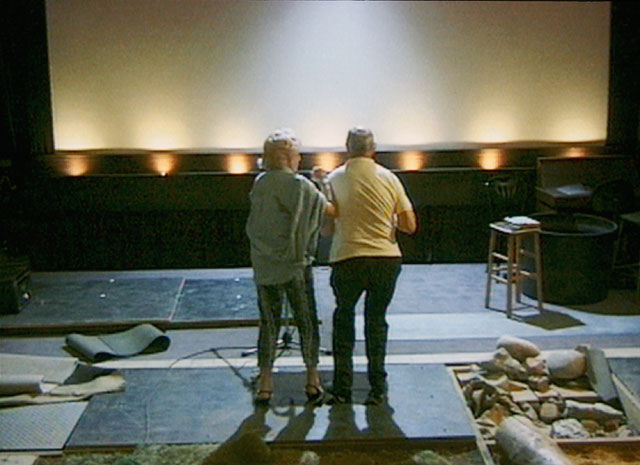 In Foley Artist (1996), too, the illusory nature of cinematic sound is explored, combining with the other works to question what is happening when we succumb to the magic of cinema and the suspended disbelief of the theatre – and why it is that, somehow, we feel some sense of “truth” amid it all. These are old ideas and traditional preoccupations of actors, directors, musicians and their audiences; by placing this play within a film within an exhibition, and pushing the boundaries between actors, artists and those who engage with them, Dean avoids potential cliche and repetition, and instead celebrates and invigorates not only the art forms but the groups of people who continue to bring them into being. 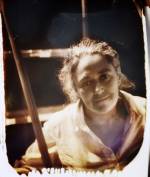