The central theme relates to global warming, an issue, which has increasingly preoccupied statesmen, politicians, scientists and creative artists around this imperilled world 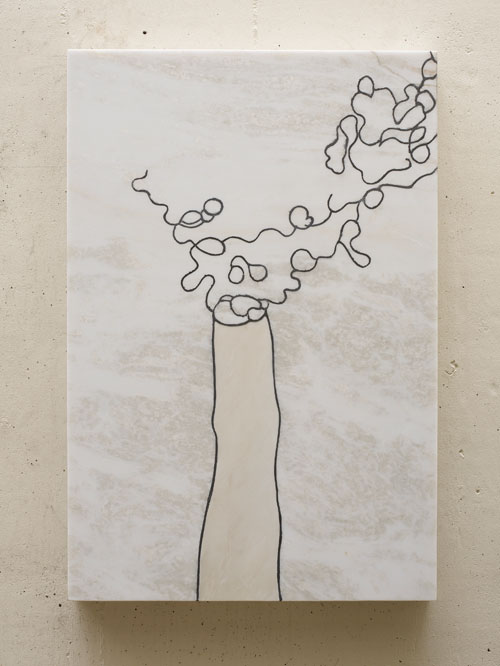 The Royal Academy in London, joining with sponsors GlaxoSmithKline, opened this new exhibition on 3 December. The central theme relates to global warming, an issue, which has increasingly preoccupied statesmen, politicians, scientists and creative artists around this imperilled world. Those engaged in organising and sponsoring the exhibition have rightly recognised the extent to which numerous artists have in their current work interpreted what is a universal and unifying issue in bringing key artists from Britain and abroad into collaboration with architects and environmental scientists. The exhibition introduces ‘key elements which make up the natural world engaged in the activities, which affect the planet’s fragile equilibrium’. At the core of the show, the contributions of Sophie Calle, Tacita Dean, Shiro Takatani, Cornelia Parker, Spencer Finch and Antony Gormley seem most to represent the apprehension, cause and effect of humanity’s long-term abuse of the delicate ecology of Planet Earth, raising alternative questions of damage and survival to confront art today. Royal Academy curators Kathleen Soriano and Edith Devanney, assisted by David Buckland, Director of Cape Farewell, have drawn together and hung or positioned dramatic works that best illustrate the encroaching crisis. 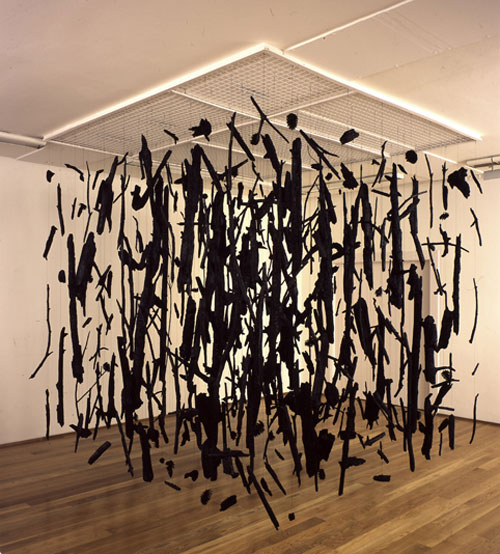 Cornelia Parker. Heart of Darkness, 2004. Charcoal from a Florida Wildfire (prescribed forest burn that got out of control), 323 x 396 x 323 cm. Courtesy of the artist and Frith Street Gallery, London.

Could such an exhibition, held prominently in one of the global capitals of the world at the centre of the controversy, actually do much to extend this narrative? GlaxoSmithKline, as a global corporation, have made a powerful contribution in this direction. But would it not be better, as the historian Simon Schama has suggested (Financial Times 24/26 December 2009), to set visitors up in Sao Paolo or Shanghai, “on a day of ripe smog, and see how sceptical (the visitor) remains, while coughing his guts into a mask and peering at brown sunlight as if through a dome of begrimed glass”. London has not yet come to this. The exhibition has been timely in coinciding with the Copenhagen Conference. Now looking back from the midpoint of the exhibition we realise how exceedingly disappointing that event all was in the end, in terms of international collaboration.

What the exhibition shows is the potential for artists to act as pathfinders towards a change of attitude in the world. The artists themselves have mostly been actively engaged with the problem, seeking to develop a transformation of attitudes through their work, about climate change prescriptions. This could be no less central to the human narrative than the ancient influence of the biblical prophets in the West, and in Islam. What the exhibition does pursue on the one hand, is a challenging documentation of traumatic events, such as collapsing and melting polar icecaps, cataclysmic tsunami, and blighted industrial hinterlands. And of such are composed the visual images of our predicament. Yet on the other hand, it is reflected in the combined work by artists, in fables as provided by Sophie Calle, or the apparently sublime mountain landscape of Yao Lu, which turns out on closer inspection to portray vast garbage heaps (digitally enhanced) as well as the single-frame filmic virtuosity of Tacita Dean. Literary text messages by Ian McEwan and works by Mariele Neudecker and Emma Wieslander could well have been supplemented say by writers of an apocalyptic vein such as the late JG Ballard, or even WG Sebald. But authors inevitably perhaps here, barely got a look in. 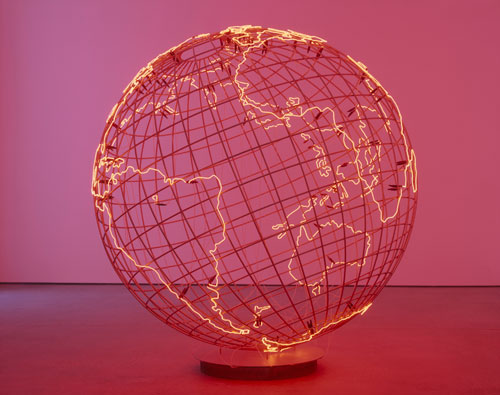 There are in all some 30 artists/contributors here. The most definitive image, of the globe, is Mona Hatoum’s pulsating Hot Spot (2006), first to confront the visitor, showing the planet reduced to its rose-pink skeleton. But further searing impact is achieved by Cornelia Parker’s extraordinary Heart of Darkness (2004), which reveals in hanging shards of charcoal, the charred remnants of bush-fired forestry, with blackened twigs, branches and pine cones assembled together to hang from the ceiling in a cubic array. This is all charcoal but more devastating in effect than any charcoal drawing itself might be. A more ethereal installation is that of Spencer Finch entitled Sunlight in an Empty Room (Passing Cloud for Emily Dickinson, Amherst, MA, August 28, 2004) (2004). Here a ‘cloud’ is fabricated by folding together sheets of translucent, electric-blue plastic, all of which create a feeling of pathos and sadness in the viewer. A further extension of this atmosphere of depression is evident in the works shown here of Tracey Emin and others such as painter Gary Hume which are both arresting and contain the seeds of despair. All that too is relevant, but not to the main purpose. Indeed more space could instead have been devoted to artists sharing general concern about the massive pressures now enfolding Planet Earth. 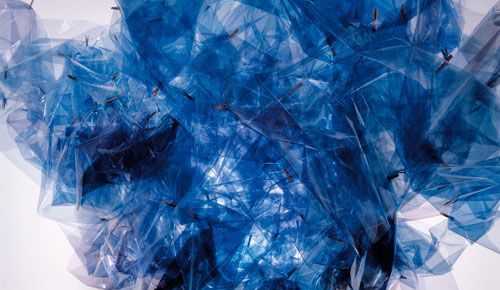 It is right to add that the conjunction of the gallery which provided the spaces, for this important exhibition in 6 Burlington Gardens (formerly the Museum of Mankind), abutting the rear of the Royal Academy at Burlington House, will in due course be resolved by the special skill of the architect David Chipperfield (also a Royal Academician) who successfully gave new life to the Neues Museum in Berlin. But this is for the future. What this exhibition shows, with the support of GlaxoSmithKline, is the inherent feasibility of combining these two adjacently, and it already provides a pilot study in cooperation. GlaxoSmithKline are now fortuitously sponsoring a timely three-year programme of three separate exhibitions in 6 Burlington Gardens, of which this is the first in the series. Eventually the Royal Academy, already a unique institution and governed by its own artists and architect members effectively, will be fulfilling an ample role as London’s most important and vital central art gallery, in the fullest sense, with this very major extension of space.

Finally, it is perhaps salutary that an exhibition put on by the Royal Academy at this important, even doom-laden time for humanity, with the very Earth planet imperilled as the subject, with a brief defined by both artists and issues, takes place in what has once been the Museum of Mankind, which species may itself now, be the very instigator of the globe’s destruction. 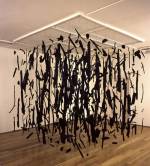 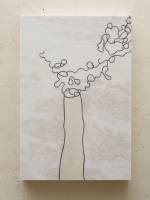 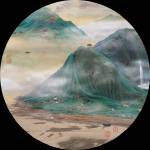 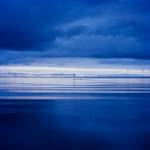