The artist talks about accommodation and negotiation as expressed in her Venice installation, Stakeholders: a multi-dimensional sculpture using hand turned wood and 3D printed elements

Shirley Tse (b1968, Hong Kong) first grabbed attention at the Biennale of Sydney 2000, with Polymathistyrene, a display of extruded polystyrene, whose foamy substance had been liberated from its usual utilitarian role and rendered into a variety of sculptural shelves. In the intervening years, the Los Angeles-based artist has moved away from using plastics to explore the concept of plasticity and the synthetic, using a variety of materials. For her Venice commission, Tse has produced a new body of site-specific work using new (to her) technologies and an entirely different material: wood – 30 different kinds of it. 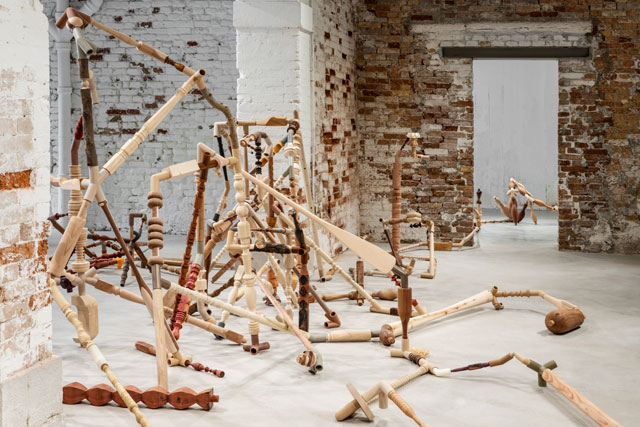 She has filled the rooms of an old carpentry workshop opposite the Arsenale with a creeping wooden root structure, made from diverse wooden pieces, hand-turned on a lathe. Mostly, these poles and sections are unremarkable, but occasionally oddities emerge – a wooden bat, a snooker pole, an ornamental banister rail, even a wooden wine glass. Every element of this curious structure is affixed to its neighbour by a bespoke, 3D-printed joint. There are all varieties, from two-way to seven-way connectors, printed from 3D filament that comes from wood, metal and plastic. In this way, Tse’s work celebrates multidimensional, multifaceted structures born of accommodation and negotiation. With its title, Stakeholders (2019), the message is clear for our increasingly splintered, isolationist times. She says: “Wood, through the carving process in sculptural terms is a subtraction – you are taking material away – whereas 3D printing, in sculptural terms again, is an addition. You are building up layers. I am putting addition and subtraction together to show different kinds of influences.” 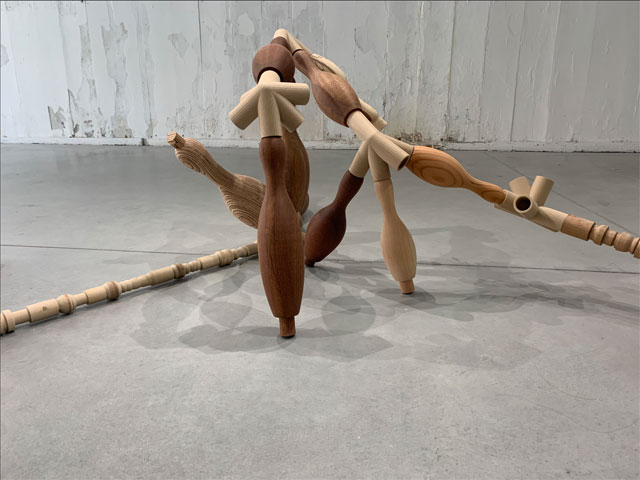 
Situated in the same space as was the 2017 Hong Kong biennale representative, Samson Young, Tse is drawing on the building’s history as a wood yard. She is also using the adjacent courtyard to evoke the compact, inner-city courtyards of her youth in Hong Kong. Here, constrained by the density and compact nature of housing, children would use washing lines for games of badminton. 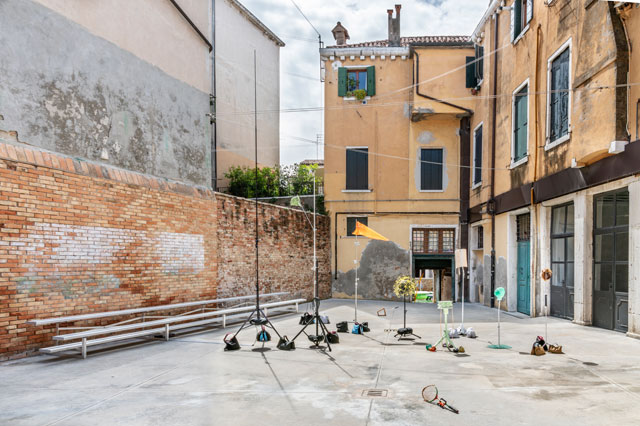 Within the courtyard, Tse has placed an evolution of an earlier work from her last show, Lift Me Up So I Can See Better (at the Shoshana Wayne Gallery, Santa Monica, 2016), “to create an optical net inspired by badminton”. A smashed-up racket and one in its protective frame lie either side of a cluster of strange playfellows, mounted on tripods. The curious objects that crown the structures include a motorcycle helmet enclosed by a net that emulates the neuronal structures of the brain, and a wind sock. 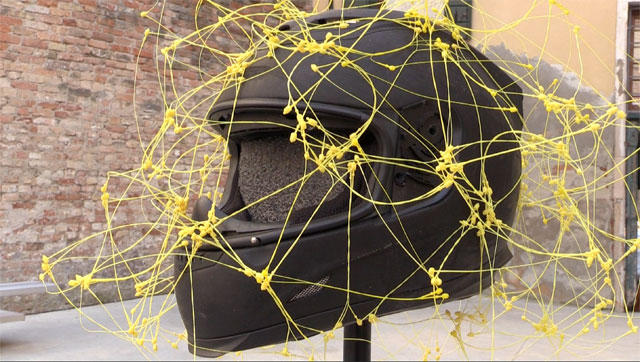 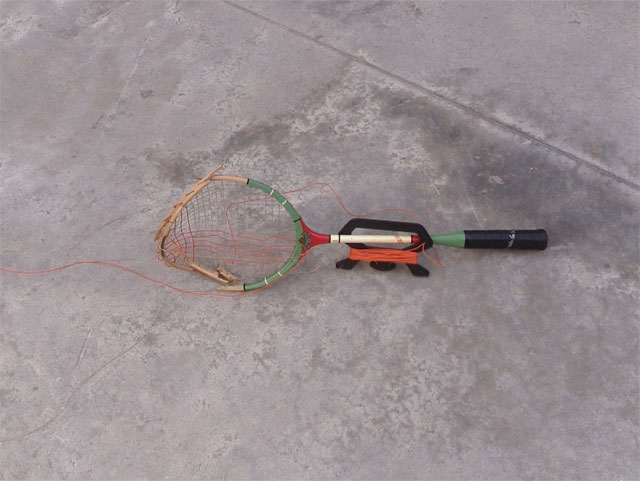 Beside this sculpture, which Tse calls Playcourt, she has placed two CB radio masts, attempting to pick up any analogue communications that might emerge from this almost antique communication form, not just from Venetian water-taxi drivers but from users further afield. “Ham radio, which is amateur radio, is another form of reclaiming the public domain of our airspace,” she says. It is a technology that was around before the internet, but, she says, a lot of the frequencies “have been used by government and commercial agencies, so the band left for civilians is very limited. There is still a community of ham radio operators who use this method. Most of the time, you only hear white noise. From time to time people make contact … the other day, I heard a signal coming from Ukraine.”

Tse is the first female artist to represent Hong Kong at Venice. She is presenting this work in collaboration with the Hong Kong Arts Development Council and Gallery M+. Tse, who teaches at California Institute of the Arts in Los Angeles, has exhibited at, and been collected by, leading institutions all over the world, including the Museum of Modern Art, Bologna, the New Museum of Contemporary Art and MoMA PS1, both in New York, Kettle’s Yard, UK, and Govett-Brewster Art Gallery in New Zealand.