Eva Rothschild’s installation in Venice’s Arsenale summons the spirit of infrastructure, rubble and monuments of disposable (yet not disposable) material. She hopes it will encourage a more direct interaction and encounter with the work 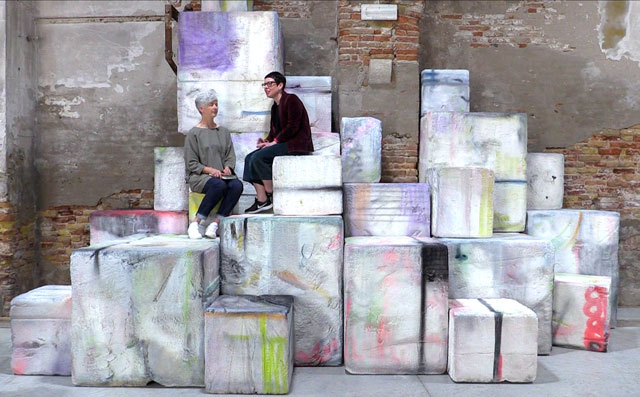 A large, blunt, oblong barrier greets visitors as they emerge from the previous Arsenale installation, the surface of its breeze-block-like forms covered in security hazard-esque geometrics, in grey and black. A great pile of her more typical Jesmonite cylinders lies strewn at its base, like so much carefully crafted rubble. More security-infrastructure-meets-play-equipment shapes and forms – from crash mats to slender scaffolding poles – lie nearby, densely patterned in black and green and black and red. At the crumbling, far wall, a stacked arrangement of pale-grey, cast-polystyrene cubes smeared with pastel pink, purple, yellow, green and grey invite occupation. 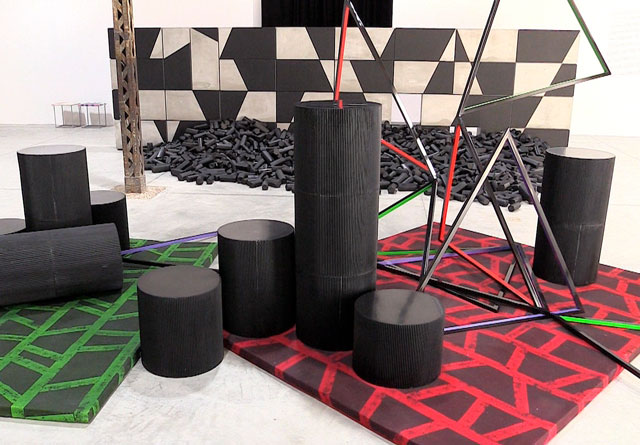 In this interview, Rothschild tells Studio International: “I wanted to make something within the exhibition that had a social function. I’m very interested in how we look at art and how we spend time with art, or how we don’t spend time with it. I was looking to create something that gave people a way to locate themselves within the exhibition and to give them access also to the materiality.” 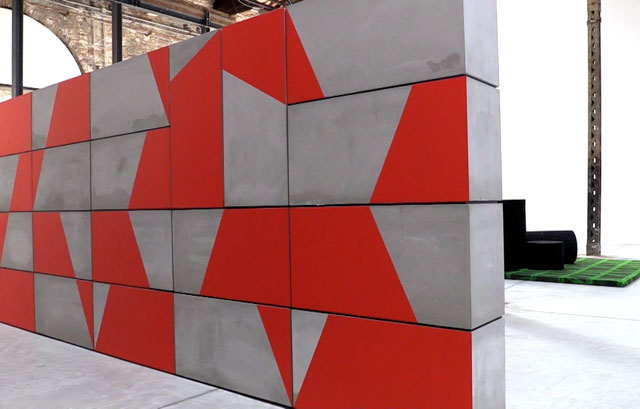 She continues: “For me the real interest and the real strength, the ultimate importance of sculpture at this moment, is that the encounter is direct and it’s with the body and the eye united. So we inhabit ourselves quite fully when we encounter the physical artwork. It’s not about looking or projecting or storytelling. It’s about being present with an object that is equally taking up space.” 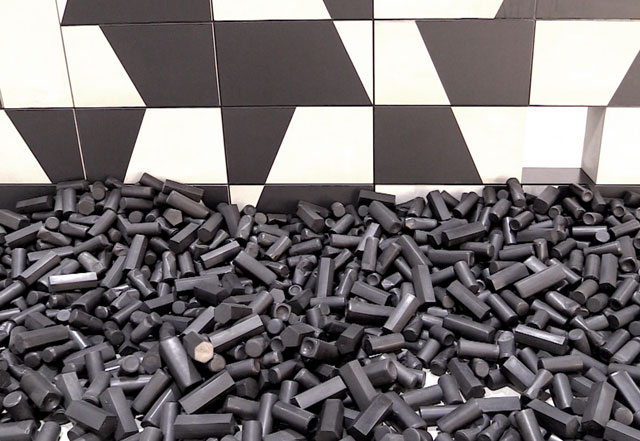 Rothschild completed her MA at Goldsmiths in 1999, and her work rapidly gained critical approval, garnering her solo shows at the Kunsthalle Zurich (2004), the South London Gallery (2007), the Hepworth Wakefield (2011), Dublin City Gallery The Hugh Lane (2014) and the Australian Centre for Contemporary Art (2018). She has completed large-scale commissions for Tate Britain (2009) and the Public Art Fund, New York (2011), and one of her works is in Tate Modern’s permanent collection. In 2014, Rothschild was elected Royal Academician by the Royal Academy in London.