This is not the first time Taiwan has staged its Venice Biennale offering in the highly charged setting of the Palazzo delle Prigioni – a medieval prison adjacent to the Palazzo Ducale in Piazza San Marco, which was used as a place of interrogation and incarceration until 1922. But there can be few, if any, previous artists who have used the architecture and heritage of the building to such powerful effect. Shu Lea Cheang’s four room installation, 3x3x6, is an exploration of sexual transgressions over the centuries and the transformation of surveillance technology from the physical architecture of a cell or prison to the digital architecture that now monitors all of us, all the time, thanks to 3D facial recognition, AI and the internet. The title of the work refers to the 3x3 sq metre dimensions of today’s typical prison cell, and its monitoring by six cameras. 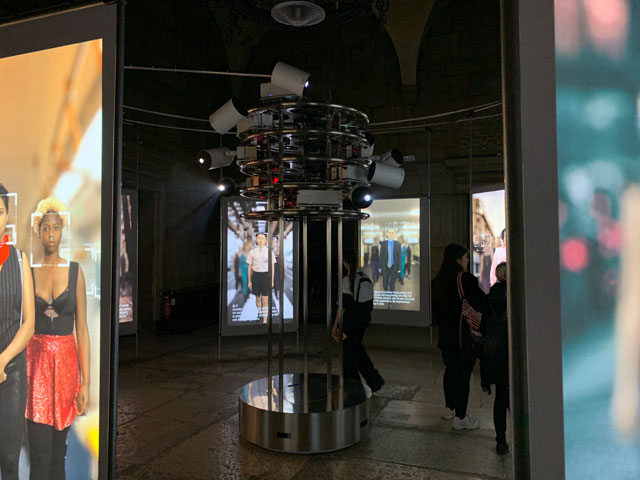 In planning this work, Cheang (b1954, Taiwan) was struck by the fact that Venice’s most famous sexual adventurer, Giacomo Casanova (1725-98), was imprisoned here (although he escaped before his five-year sentence was up). He became a pivotal character in her narrative, along with other notable historical characters, specifically France’s Marquis de Sade (1740-1814), who spent 32 years of his life in prison, and Michel Foucault (1926-84), the French philosopher, who, while serving in a diplomatic capacity in Poland, was trapped into revealing his homosexuality and forced to leave the country. Another seven contemporary characters were summoned from research that Cheang and her curator and collaborator, Paul B Preciado, unearthed, representing a cross-section of transgressions from all over the world, from Taiwan to South Africa.

These characters are introduced to us in Gallery A, via projections on 10 screens – a panopticon in reverse, says Cheang, referring to the panopticon prison design that the 18th-century philosopher and social theorist Jeremy Bentham famously proposed. With a projection tower at the centre and the screens arranged around it, however, this setting is about broadcasting the lives and loves of the personalities concerned, rather than institutionalising and silencing them. 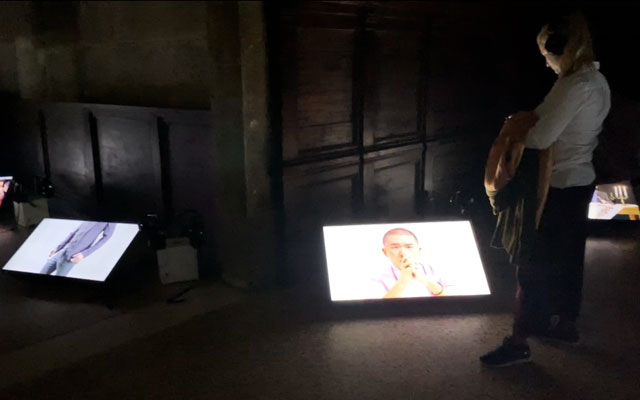 Each character is played by one of 10 performance artists and actors whom Cheang has worked with many times before in Berlin. In galleries B and C, these characters explore fantastical scenarios and mingle with each other in a series of 10 10-minute films. The fourth space, Gallery D, hosts what Cheang calls “the cube”, a tilted transparent box containing all the electronic equipment that is operating the screens, the projections and the gallery’s surveillance and participation systems. A key part of the show is an app that allows visitors to send a film of themselves dancing, which is incorporated, at intervals, on to the screens in gallery A. Together with surveillance cameras on the staircase, these form, as Cheang says, “a kind of public participation and pseudo-intervention into the surveillance system”. 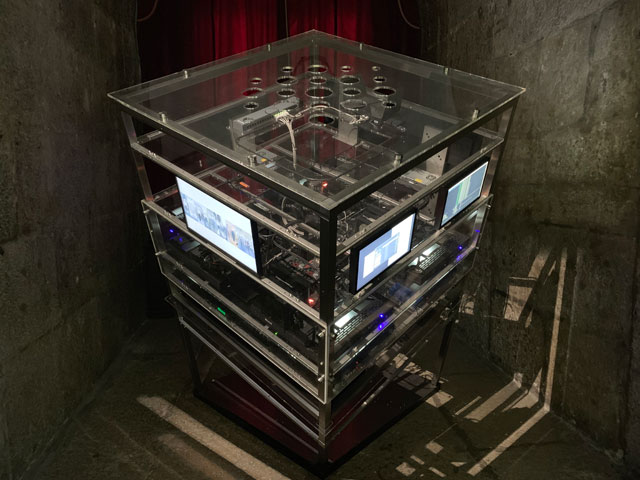 Cheang received a BA in history from the National Taiwan University (1976) before moving to New York University to do an MA in cinema studies (1979). She has been a pioneer in media art, with work encompassing film, performance, net art and public art. In her work she seeks to expose and disrupt the social, geographical and political restrictions placed around issues of gender and sexual expression. Her work Brandon (1998-99) was the first piece of web art to be commissioned and collected by the Solomon R Guggenheim Museum in New York. Network installations such as Bowling Alley (1995, Walker Art Center, US) and Baby Love (2015, Palais de Tokyo, Paris) employ interactive devices to facilitate public participation. She has also developed multi-player participatory networked performances, such as Moving Forest (2008, Transmediale, Berlin). She draws on science-fiction narratives, but infuses them with her own visual and creative sensibilities, creating a genre of queer cinema that she terms eco-cybernoia (Fresh Kill, 1994), soft cyberpunk (IKU, 2000) and scifi-cypherpunk (Fluidø, 2017). Cheang spent two decades living in New York, and now resides in Paris.