A Revolutionary Impulse: The Rise of the Russian Avant-Garde

A Revolutionary Impulse: The Rise of the Russian Avant-Garde

This exhibition of Russian art from the 1920s and 30s, based on MoMA’s own collection, is a heartening celebration of a period of remarkable creativity and development 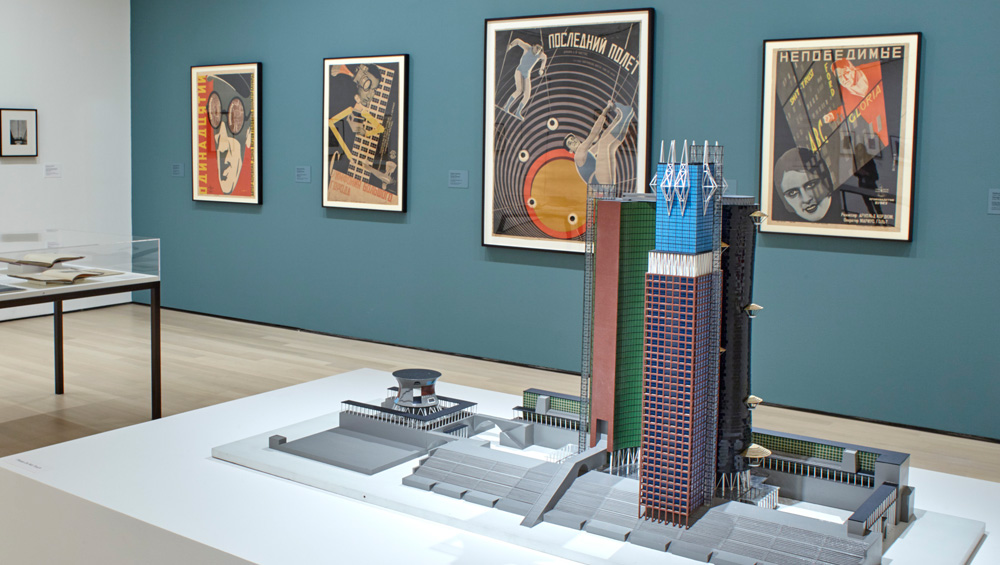 by NATASHA KURCHANOVA
New York’s Museum of Modern Art excels at producing retrospectives that are among the most comprehensive and well-documented events in the art world. Retrospectives from MoMA’s own collection carry a slightly different charge, because, in them, the visitor has a chance to appreciate not only the sophistication and precision of a curatorial concept, but also, in equal measure, to gauge the depth of the collection. As far as A Revolutionary Impulse: The Rise of the Russian Avant-Garde is concerned, Roxana Marcoci, one of its curators, explained that MoMA is the only institution outside Russia that has the capacity to mount an exhibition on this subject based entirely on the strength of its own collection. This is due in large part to Alfred Barr, MoMA’s first director, who made a two-month trip to Russia before the opening of the museum in 1929, met several avant-garde artists, and made their art one of the cornerstones of MoMA’s original vision. In 1936, Barr mounted his famous exhibition Cubism and Abstract Art (1936), including several artists whose works form the backbone of the present show. Although Barr’s exhibition did not focus on the Russian avant-garde, but embraced a much larger pool of international artists, the curators of A Revolutionary Impulse followed his legacy of a multimedia display, emphasising the richness of the museum’s holdings of Russian modernism during the period immediately preceding and following the October Revolution.

Composed of nearly 260 works, the exhibition is arranged in roughly chronological order, beginning with 1912, one of the most happening years for the visual arts in pre-revolutionary Russia, and ending in the mid-30s in the foreboding doom of the Stalinist terror. As we walk through the rooms, we witness a sweeping range of aesthetic experimentation accomplished in all media within the span of just two decades. Here, we see paintings, works on paper, sculptures, prints, photographs, editions of books and journals, films, posters, analytical charts, costume and stage designs, a set of porcelain and an architectural model. The most striking characteristic of this display is its logical precision and consistency. It opens strongly with Olga Rozanova’s linocuts from the album War (1916), Esfir Shub’s documentary film The Fall of the Romanov Dynasty (1927), Liubov Popova’s black-and-white suprematist gouache from 1916-17, Mikhail Larionov’s and Natalia Goncharova’s rayonist works, Kazimir Malevich’s cubo-futurist Samovar from 1913, and multiple book designs produced by Aleksei Kruchenykh, David and Vladimir Burliuk, Vasily Kamensky and others.

Most of these works belong to the so-called cubo-futurist period, and they are stunning in the effectivity and inventiveness of visual language. Malevich’s Samovar (1913), in particular, is a conspicuous example of this artist’s fascination with Pablo Picasso’s and Georges Braque’s “passage”, with its reflexive transitions from one cubist facet to the next, and its adaption in various subsequent works to the Russian demands of “faktura” or painterly texture. The results of this synthesis of cubism, suprematist abstraction and the attention to the materiality of faktura are clearly seen in Alexander Rodchenko’s Non-Objective Painting (Black on Black) (1919), where the artist played with the textural qualities of the paint, testing a variety of visual effects of its smooth or grainy qualities, laying it out on the canvas thickly or more or less transparently.

Larionov and Goncharova received cubism differently from Malevich, as evident in their creation of painterly abstraction composed of “rays” of bright, saturated colours, instead of a prismatic network of monochromatic “cubes”. While their paintings are remarkable in richness of the colour palette and the energetic charge of the brushwork, Malevich’s sombre geometricity had won the day, as is evident in the subsequent rooms dedicated to his movement of suprematism, his pupil El Lissitzky’s Prouns, and even in constructivism as represented by Rodchenko, Varvara Stepanova and Vladimir and Georgii Stenberg, all members of the First Working Group of Constructivists, formed at the Institute of Artistic Culture (known as INKhUK) in Moscow in 1921.

Although the exhibition follows Barr’s vision, it also expands it significantly. Most notably, it highlights female artists, whose works are displayed much more prominently throughout the exhibition than eight decades ago in Barr’s Cubism and Abstract Art. Apart from the ubiquity at the entrance, the room with Malevich’s suprematist works also holds Popova’s untitled linocuts from the portfolio Six Prints (c1917-19) that catch the eye with the dynamism and boldness of their visual vocabulary. According to Marcoci, this portfolio of prints is a recent acquisition and is one of the two known editions. It is hung opposite Stepanova’s collage book Gaust chaba (1919), which sets up a visual frame of reference for a comparison of suprematist and constructivist visual vocabularies.

Among female artists in the exhibition, Ukrainian painter and theatre designer Alexandra Exter, is difficult to miss. She is represented by several large canvases that showcase her skill as a colourist and her adeptness at incorporating geometric elements into a colour-based stylistic vocabulary. Her serious involvement with design makes it difficult to distinguish between her painting and her work for theatre, emphasising her strengths as a colourist and as a deft designer.

Addition of film is another welcome feature in the display of MoMA’s collection of Russian avant garde. Excerpts from five epic films of the period – Dziga Vertov’s The Man with the Movie Camera (1929), Sergei Eisenstein’s Battleship Potemkin (1925), Vsevolod Pudovkin’s Mother (1926), Alexander Dovzhenko’s Earth (1930) and the aforementioned film by Shub – speak of the importance of moving images in the Soviet era of developing technology and modernisation.

The exhibition exposes not only richness, but also gaps in the in the museum’s collection. Among the most visible lacunae is the dearth of works by Vladimir Tatlin, one of the pillars of the avant-garde movement. Tatlin’s presence is reflected obliquely in two publications – a 1915 brochure for his counter-reliefs and a 1920 book by Nikolai Punin about his design of the Monument to the Third International. A suprematist relief-sculpture by Ivan Pougny resembles Tatlin’s counter-reliefs in its three-dimensionality, but cancels them out by its reference to a movement spearheaded by Malevich, Tatlin’s bitterest rival. Ukrainian artist Vasyl Ermilov’s Composition No 3 is another rare example in the exhibition of the influence of Tatlin’s call for abandonment of painting and investigation of the properties of materials in art. All in all, A Revolutionary impulse is a heartening celebration of a period of remarkable creativity and development of new ideas in the field of visual aesthetics. It also demonstrates a strong connection between advanced art and progressive politics and, as a result, art’s dependence on politics if not for its survival, then for its flourish. 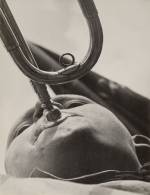 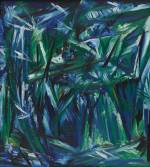 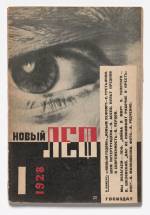 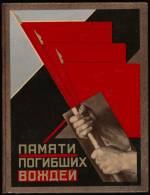 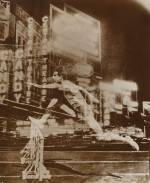 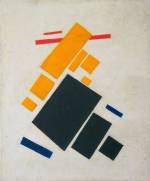 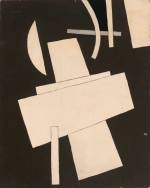 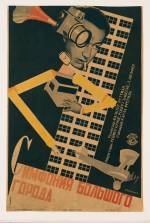 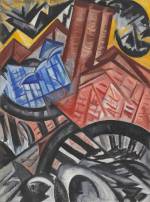