This superbly researched and hung exhibition is nonetheless somewhat long overdue insofar as it recognises the par status of Liubov Popova’s work to that of Alexander Rodchenko in the formation and development of the Constructivist Movement in Russia. The first evidence of Popova’s talent was at the 1915 Petrograd Exhibition entitled, The Futurist Exhibition: Tramway V. This was the exhibition that brought Malevich and Tatlin together; Popova and her friend Nadezha Udaltsova sent in paintings that they had completed from their Paris sojourn under Cubist influence. Here, Popova’s work The Traveller was of notably high quality. As Camilla Gray points out, it was Popova who was the most outstanding painter of the post-abstract schools in Russia1

Influenced by both Malevich and Tatlin, she was a vital source of innovative ideas. She started in the guise of the Working Group of Objectivists, initially separate from Rodchenko’s Working Group of Constructivists, formed in 1921. Here the painter, Varvara Stepanova played a valuable role. By contrast Popova had earlier been a member of the so-called Left-Wing Federation Club in Moscow together with Rodchenko and including Tatlin, Vesnin and others, but not as yet Stepanova. However in 1919 the latter was to write the ‘Manifesto of Non-Objective Art’, in 1919 for the exhibition Non-Objective Art and Suprematism. Later in 1921, Tatlin, Rodchenko, Popova, Stepanova and Vesnin all regrouped firmly together, by which time various leftist artists who refused to give up easel painting abandoned ship. Such were the shifting sands of this historic, formative period. ‘Productivism’ became a defining cue for the consolidation of Constructivism. Here as the exhibition shows, Popova stood for the maximum effect of colour, while Rodchenko stood for the structuring of space within painting, towards the end of 1920. Astutely, given the political atmosphere, they turned to develop Constructivist Theatre (again Popova, Vesnin, Tatlin, Stepanova, Malevich and Rodchenko together).

As the catalogue explains, both Rodchenko and Popova actually gave up painting six months after Lenin had inaugurated the New Economic Policy, and in this way they obviated any risk that Constructivist painting would be forced to succumb to the level of mere commodity production. In Rooms Seven and Eight of the exhibition: 5x5: Paintings and 5x5 Works on Paper is recreated from September 1921. Room Seven in fact constituted what amounted to a ‘Farewell to Painting’. In 1921 Liubov Popova qualified these developments by saying, perhaps ambiguously, ‘I don’t think that non-objective form is the final form: it is the revolutionary condition of form’. This followed an earlier statement by Rodchenko in 1918, ‘Russia has given birth to its own art, and its name is non-objectivity’. By 1921 Popova was producing a range of paintings entitled, Space-Force Construction, which are superb paradigms of what was to develop. By contrast, Stepanova’s paintings of this period appear lack-lustre. Popova’s Works on Paper, in Room Eight, of this exhibition point forward to the real world outside in which art could play an active rather than a sedentary role. The easel painters were of course biding their time for the arrival of Socialist Realism – which duly came. But in this halcyon summer of revolutionary achievement, a new motion was passed that artists should devote themselves to industrial production. Popova entered this new phase of her creative life by making textile designs and clothing prototypes for factory production, which were both popular and successful, and Stepanova was also involved in this activity.

As the Introduction to the catalogue states, ‘Rodchenko and Popova are united here on the basis of an equal formal and theoretical brilliance, and each has a par role in defining this major movement in Russian and international modernism.’ ‘… working without the pressures of market values or a competition for stardom, the two artists created an unprecedented case of gender equivalence’. The exhibition shows Popova’s painting Painterly Architectonic, (1918) to be a significant and glowing work, with her 1921 painting entitled Space-Form Construction. These are masterpieces together with the accompanying graphic works. The paintings of Stepanova, it has to be said, do not appear in the same league although her own contribution to the Constructivist Movement was substantial both organisationally and creatively. Later, Rodchenko emerges as a brilliant graphic designer, particularly as denoted by his 1925 design for the poster for the film Battleship Potemkin by Sergei Eisenstein.

The catalogue is explicit, and justifiably so, about the prevalent gender bias, and indeed class prejudice that authorities were prone to apply to Popova: not an attitude shared by Rodchenko. One of her students even referred to her as speaking of a domestication of her own, ‘to some extent ladylike (damsko) Suprematism’. Her own paintings were so rigorous in their geometrical abstraction, in fact, that it is impossible to apply conventional assumptions about masculinity or femininity. In late 1921, it was precisely that nature of Constructivism and its other aspirations that drew Popova to support it, since it did allow a more objective, scientific exploration of form, and gender degradation was not therefore feasible. Superb examples of collages by Rodchenko, (c1923) are shown in profusion, (probably influencing Eduardo Paolozzi’s similar work in the 1940s, 1950s and 1960s) and express also his own admiration for his female colleagues; there was also some inspiring film work, now featured in the current exhibition.2

Liubov Popova’s life ended prematurely and in tragedy. Her son, born in 1918, saw the death of his father, her husband the art historian Boris von Eding in 1919, from typhoid, the year after his son’s birth. Liubov herself, was also seriously, weakened by this. Her son then died in May 1924 having contracted scarlet fever; she herself was then infected and died of the same a few days later, aged only thirty-five. As Christina Kiaer says, in her Catalogue essay, His and Her Constructivism, ‘we inevitably know much less about Popova than about Rodchenko’. This is seemingly due to the fact that, ‘the conditions of knowability are not there’, due to an inexcusable lack of documentation, absence of scholarly research, and an apparent degree of chauvinistic resistance to facilitating such accessibility into the past. Yet for her brilliance, her forbearance, her genuine social commitment and above all her intellectual courage, she still has remained the lost hero of Constructivism. This remarkable exhibition will go a long way to remedy such a deficit. Perhaps in these times of global crisis, similar fundamental human characteristics become all the more important as reminders for future activity. 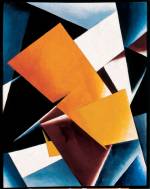 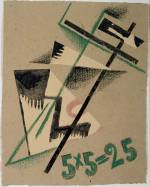 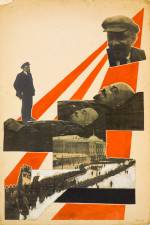 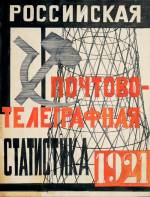 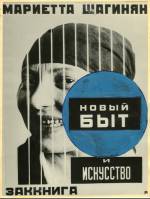 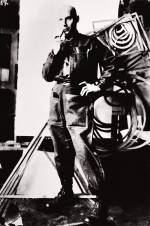