The fascinating and expansive exhibition provides an intriguing and rare insight into the dialogue between art and politics, the individual and the state, freedom of expression and the pull of ideology 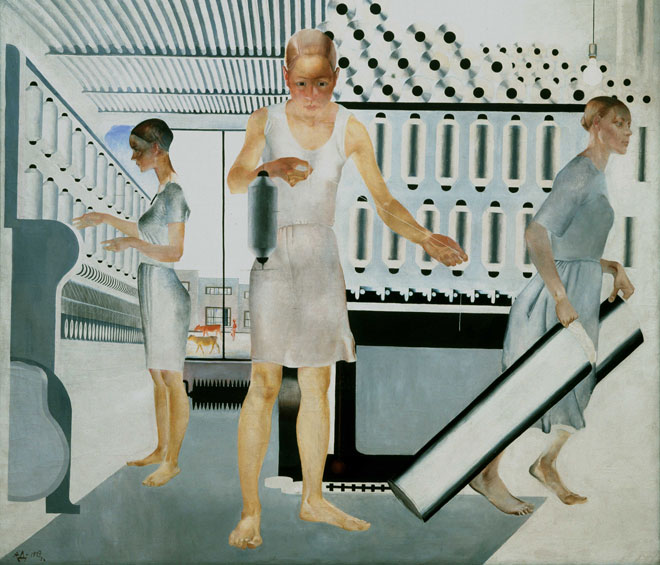 In Kuzma Petrov-Vodkin’s luminous painting Fantasy (1925), a man sits astride a horse, looking back in wonder as the steed gallops forth, its head raised to the sky. The landscape behind them is a mythic blur of blue and purple, the horse a fiery scarlet. The painting is mysterious and ethereal, and might serve as a telling allegory, capturing the ambivalence towards post-revolutionary Russia that lies at the heart of this expansive and fascinating exhibition. For the rider, gazing wistfully towards what he has left behind, there is no turning back; he must hope that the red horse – its coat the colour of revolution – is taking him to greater places.

The Royal Academy’s blockbuster show commemorates the 100th anniversary of the Russian Revolutions of 1917, the first of which, in February, saw the abdication of the final tsar, Nicholas II, and later the collapse of the Russian Empire, when, in a second revolution, in October, Vladimir Lenin and the Bolshevik party seized power. It follows developments in art from 1917 up to 1932, when Stalin (who rose to power after Lenin’s death in 1924) finally suppressed avant-garde expression, calling for art to conform to his favoured socialist realist style.

The RA show situates itself in conversation with an exhibition entitled Fifteen Years of Artists of the Russian Soviet Republic, held in 1932 at the State Russian Museum in Leningrad (now St Petersburg), and curated by Nikolai Punin, who later died in a gulag, punished, horrifically, for questioning the merits of socialist realism. This was the last show to display many of these avant-garde works before they were locked away as exponents of a dangerous, individualistic tradition at odds with Soviet communal values. The RA exhibition is an in-depth exploration of the tension in styles between these years, as experimental work co-existed with propaganda, the boundaries between the two still permeable. By juxtaposing a huge number of works (from an impressively wide range of media), which express both approaches, the exhibition provides an intriguing and rare insight into the dialogue between art and politics, the individual and the state, freedom of expression and the pull of ideology.

At first, the possibilities of the revolution excited avant-garde artists, while Lenin saw the PR potential in harnessing artists and writers to spread his Bolshevik message. Large-scale paintings show Lenin at work, writing speeches with newspapers lying on the table; Lenin standing proudly against a theatrical red curtain, drawn back at one edge to reveal a throng of people; a huge Lenin in an open red casket being paraded through the streets (this painting, Petrov-Vodkin’s Beside Lenin’s Coffin (1924), was considered iconoclastic and was not allowed to be displayed in his lifetime). Lenin’s name and face, alongside the ubiquitous red flags, were emblazoned on crockery and homewares, showing the infiltration of ideology into domestic life. Natalia Danko’s 1919 painting State Porcelain Factory, Petrograd (Woman Embroidering a Banner), provides a fleeting glimpse behind the scenes of the state’s concentrated artistic production: a woman stands embroidering one of the red banners shown in other paintings of celebration, while heroic sculptures of Greek figures line the walls of her studio. Kliment Redko’s striking painting Insurrection (1925) shows a city dissected by a flaming diamond, a series of geometric roads leading to the centre where Lenin stands, a Christ-figure in the middle of this modern icon. This painting remained hidden until the 1980s because Trotsky was featured among Lenin’s disciples. A fascinating example of Stalin’s determination to excise his enemies is a 1924 handkerchief by Nikolai Demkov, displayed here, with Lenin’s head in the centre and Trotsky’s head carefully snipped out of one corner.

The exhibition’s great strength – which also makes it an occasionally bewildering experience – is its refusal to privilege any one form over another: experimental sculptures are presented alongside propaganda posters, while Kandinsky’s glorious abstractions are overlaid by food coupons and photographs of peasants at work. The combined effect is dizzying, but charts the confusion and anxiety of display in an era when aesthetics were contested and when contradictory narratives – celebratory and subversive – were jostling for prominence. Stalin was eager to expand the Soviet Union’s industrial production, and his five-year plans set targets for factories: while photographs show workers looking tired and disenfranchised, several paintings show humans working heroically, at one with machines (rolled around tyres or hanging from ropes), building hydroelectric dams, electricity generators, working at looms, in tractor and turbine factories, even in a tomato-paste factory.

Civil wars and famine left peasants destitute, the promise of owning the means of production long broken. Stalin’s first five-year plan exiled villagers from their homes as the land was appropriated for collective farms; while there are works here that present the lighter side of village life, and propagandistic films that glorify communal activity, it is the sombre depictions of austerity – haggard farmers holding their rakes accusingly; women dwarfed by the hay they are reaping – which are far more affecting. Boris Grigoriev’s Old Dairy Woman (1917) is the heartbreaking spectre of a wizened woman with an expression of hardened weariness. As famine hit, food was rationed while private enterprise was banned and industry nationalised: the sense of deprivation is conjured by meagre still-lifes and interiors, including Petrov-Vodkin’s Still Life with a Herring (1918) – painted on oilcloth as canvas was not available – and David Shterenberg’s haunting painting Aniska (1926), which shows a young girl standing forlornly by a table with a single loaf of bread on a plate.

That plenty of the work on show is somewhat kitsch does not diminish the richness of the narrative presented; the mix of high and low art lies at the show’s core. Yet there are plenty of aesthetic, as well as historically interesting, highlights, too. Kazimir Malevich commands an individual room, a skilful recreation of the space he hung in the 1932 exhibition. Black Square (the “zero of form”) (c1914) and Red Square (Painterly Realism of a Peasant Woman in Two Dimensions) (1915) hang high on one wall, flanked by geometric arrangements of shapes and colours in his own pioneering suprematist style, and more representational works such as Peasants, c1930, which are more in the taste of the authorities yet remain eerily disquieting: blank-faced couples and family groups stare out blindly, not revealing whether they should be considered sinister or downtrodden.

From 1932 until 1953, Stalin’s leadership was unopposed, and avant-garde expression was forbidden in favour of straightforward representational works, to be understood and appreciated by the masses, which celebrated physical prowess. Video footage of military parades and athletic displays complement paintings of runners and footballers, the next incarnation of the celebratory impulse at the exhibition’s start. The last room contains a black box – the “memory room” – with a slideshow of photographs of people who died under Stalin; this echoes a highly affecting section earlier in the show including portraits of poets and artists who suffered under the regime, from Anna Akhmatova, whose husband was executed and whose son spent many years in the Gulag, to Alexander Blok, who died after being refused permission to leave the Soviet Union for medical treatment. In a way, his death marked the end of artistic optimism in this fraught and erratic period of Russian history. This nuanced exhibition captures the changing senses of hope, confusion and despair that characterised art at this time: it is a fascinating interrogation of the relationship between art and politics, and a serious indictment of the dangers of disrupting the balance. 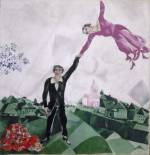 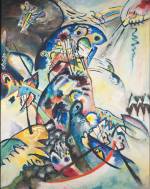