With Great Force, Swiftly and Surely

With Great Force, Swiftly and Surely

During her life, Swedish mystic Hilma af Klint (1862–1944) believed the abstract art she made as part of her spiritual quest would not be understood by most people, whose awareness is limited to the material plane. At one meeting with Anthroposophy founder Rudolf Steiner, an influence on her practice and style, he told her that half a century would pass before the messages in her work would be accepted. Now, nearly 70 years after her death, a travelling retrospective organised by Moderna Museet in her native Stockholm, Hilma af Klint: A Pioneer of Abstraction, suggests that af Klint’s time may have come.1

According to her wishes, 20 years after her death af Klint’s nephew, Erik, began to seek guidance on where and how to display the immense inventory he inherited. The trove consisted of more than a thousand oil paintings and watercolours; drawings and sketches; and hundreds of pages of notebooks and diaries. It took more than a decade to gain interest, but those who viewed the work early on recognised the artist’s precision, depth and subtlety and were intrigued by her complex symbolism.

The current show builds on momentum sparked in the 1980s with Maurice Tuchman’s 1987 exhibition, The Spiritual in Art: Abstract Painting 1890-1985, held at the Los Angeles County Museum of Art. Thanks to art historian Ake Fant and Kandinsky scholar Sixten Ringbom, Tuchman included 16 of af Klint’s paintings in his show. By linking af Klint with the official pioneers of abstraction – František Kupka, Wasily Kandinsky, Kazimir Malevich and Piet Mondrian – Tuchman provoked questions about af Klint’s importance and how study of her work may affect perceptions of abstractionism. The show also revisited essential connections between abstraction and spiritual beliefs, particularly Theosophy, initiated in the late 19th century.

Tuchman featured each “pioneer” in a separate space, with af Klint bringing up the rear in the fifth gallery like an appendage. But art historians date Kandinsky’s First Abstract Watercolor to 1910, while af Klint began her major series of 193 works, The Paintings for the Temple, in 1906. Kandinsky’s book Concerning the Spiritual in Art appeared in 1911, yet af Klint had participated in séances and spiritual groups since age 17 and documented her experiences with her spirit guides over a ten-year preparatory period, from 1896–1906.

In his review of Tuchman’s show for The New Criterion, art critic Hilton Kramer brushed af Klint off, stating that her paintings “are essentially coloured diagrams. To accord them a place of honour alongside the work of Kandinsky, Mondrian, Malevich and Kupka, in the section of the exhibition devoted to the pioneers of abstraction, is absurd.”2 More recently, MoMA ignored af Klint in its 2013 survey, Inventing Abstraction, 1910–1925.

The problem appears to be two-fold: af Klint, who studied at the Royal Academy of Fine Arts in Stockholm, did not engage in the avant-garde dialogue of the early 20th century. The skillful, sensitive naturalistic portraits, landscapes, botanical drawings and illustrations she exhibited and sold to publishers seem to have been made by a different person. She claimed the impetus for her abstract paintings, begun at age 44, came from spirit guides who communicated directions when she was in a mediumistic trance (ie they told her when and what to paint and when to rest) or stood by as she painted. Referring to works produced before 1908, when mediumship was her primary mode, she wrote:

The pictures were painted directly through me, without any preliminary drawings and with great force. I had no idea what the paintings were supposed to depict; nevertheless, I worked swiftly and surely, without changing a single brushstroke.

Art professionals tend to consider any artist aligned with esoteric beliefs and practices suspect, while the general public tends to find hints of the occult seductive.3 So it is not surprising that, on one hand, in 1970 Moderna Museet rejected the af Klint Foundation’s offer of her legacy, and on the other hand, after Tuchman’s show the same museum organised af Klint’s debut exhibition in Sweden.4

Since Tuchman’s exhibition, small displays of her work have gained af Klint a following: eg. Hilma af Klint: Secret Pictures (Norway's Nordic Arts Centre/MoMA’s PS1, 1989), Hilma af Klint: An Atom in the Universe (London’s Camden Arts Centre, 2006), and the exquisite 3X Abstraction: New Methods of Drawings, which created a captivating visual dialogue between drawings by af Klint, Swedish healer Emma Kunz and Canadian-American abstract expressionist Agnes Martin  (The Drawing Centre, New York, 2005). At this point, af Klint’s appeal must be assumed; the catalogue for Hilma af Klint: A Pioneer of Abstraction sold out its first print run prior to the on-sale date, and a display of her paintings in the Central Pavilion at the Venice Biennale through November is consistently highly trafficked.5

The new exhibition comprises more than 200 paintings, watercolours, sketches and drawings selected from a cache of material released for first-time viewing by the af Klint Foundation.6 Seeing the works arranged into numbered and dated series, sub series, groups and sub groups will help audiences grasp af Klint’s art as a spiritual experiment. They will also realise the enormous dedication, physical energy and focus required to produce dozens of sketches and paintings, many large-scale, over a period of a few, intense months, as well as af Klint’s ability to sustain a project through many years.

Published by Moderna Museet, Stockholm in association with Hatje Cantz, the formidable catalogue also demonstrates the “great force” with which af Klint merged her talents as medium and artist.7 Edited by Iris Müller-Westermann, curator of International Art at Moderna Museet, the volume is weighted heavily on the visual; page after page of af Klint’s works threaten to overwhelm the senses even in reproduction. These beautiful, powerfully poetic images also beg for interpretation. One wants to understand what she is saying with organic and geometric forms, soft and bold colours, letters and numbers, but the keys seems just out of reach. Fortunately, catalogue texts offer many keys to appreciate their esoteric significance.

Müller-Westermann provides a biographical portrait of the artist and participates in an interview with Helmut Zander, professor of Religious Studies in the Faculty for Catholic Theology at the Université de Fribourg, on the spiritual milieu of af Klint’s day. Essays by Pascal Rousseau, professor of Contemporary Art History at the Université de Paris I Panthéon-Sorbonne, and David Lomas, professor of Art History at the University of Manchester, clarify the role she played as a “forerunner,” anticipating the birth of abstraction, and highlight core themes like polarities inherent to the human condition (material/spiritual; male/female); steps of human evolution symbolised by the snail and spiral; and hidden life of plants.

Some readers may agree with a growing number of experts that the history of abstraction must be revised to include af Klint. Others, though, may decide that her objectives and methods keep her on the sidelines. John Hutchinson, director of the Douglas Hyde Gallery at Trinity College, Dublin, contends that the two positions are not incompatible. Hutchinson first saw her work in the catalogue for Tuchman’s show. In 2004, he exhibited af Klint in his gallery’s The Paradise series. He also published a deceptively slim volume that serves as an excellent introduction to the artist’s aesthetic development and the distinct stylistic periods that mark her career.8

“Hilma really is up there with the male pioneers of early abstraction, but she is radically different from them in many ways,” Hutchinson says. “Her beliefs precede her art, not the other way round. Until we fundamentally accept her own reasons for producing the work she did – even if we don't agree with them—she will always remain an exotic outsider.”

In an age when men claimed primary status as creators, af Klint became a medium – the ultimate passive, receptive state – and used it to secure her independence; to be more than a copyist and decorator. At a time when strong spiritual currents like Theosophy, which adherents considered a science rather than a religion, achieved cult status, she studied a variety of wisdom traditions from the East and West along with Theosophy and Anthroposophy, without rejecting her Lutheran heritage and living by her own ascetic regimen.

So, with the jury still out, it remains for the great force behind af Klint’s all-encompassing vision to speak for itself in a language she created, swiftly and surely, to explore the furthest reaches of human awareness.

Notes
1. Exhibition schedule: Moderna Museet, Stockholm, 16 February–26 May 2013; Hamburger Bahnhof–Museum für Gegenwart, Berlin, 15 June–6 October 2013; Musée Picasso, Malaga, 21 October 2013–9 February 2014.
2. Kramer, Hilton. “On the ‘Spiritual in Art’ in Los Angeles.” The New Criterion, April 1987: http://www.newcriterion.com/articles.cfm/On-the--Spiritual-in-Art--in-Los-Angeles-6163
3. af Klint was a member “De Fem,” five women mediums who used a psychograph to record messages from the spirit world decades before the Surrealists made their attempts at automatic writing.
4. Hilma af Klint: ockult målarinna och abstrakt pionjär. Moderna Museet, 26 December 1989-18 February 1990.
5. For af Klint’s debut at the 2013 Venice Biennale, Moderna Museet released The Legacy of Hilma af Klint: Nine Contemporary Responses based on an af Klint botanical notebook from 1920 and accompanied by essays and images by nine contemporary artists.
6. “Mysterious wooden crates, old and enigmatic, arrived from the warehouse where they had been biding their time.” Hilda af Klint: A Pioneer of Abstraction, Foreword, p.15.
7. The 296-page softcover catalogue contains 272 colour and black and white illustrations and retails for US$60/UK£35 and €39.80 elsewhere in Europe.
8. Hilma af Klint: The Greatness of Things (Dublin: The Douglas Hyde Gallery, 2006). Texts by Anna Maria Svensson and Gustaf af Klint, the artist’s great nephew, and short excerpts from the artist’s notes selected by Gurli Linden. The book is available at: http://www.douglashydegallery.com/home.php 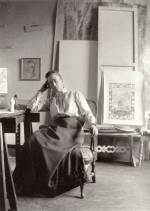 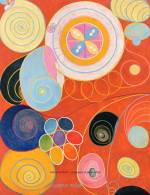 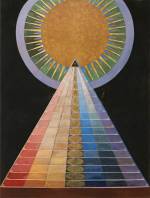 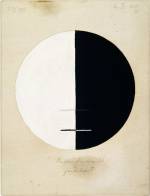