There’s something very special about photography and war, and photography and death. The inscribing of instantaneous moments of people in extremis catches our attention and involves our emotions in with unrivalled intensity. The notion of a “shot” is common to both war and photography. Both forms of shot are decisive and irrevocable. 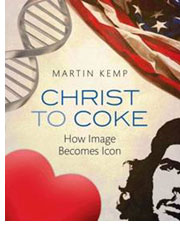 When selecting a representative photograph for my book on iconic images, Christ to Coke. How Image becomes Icon, a remarkably prominent place was occupied in my list of contenders by black and white photographs of conflict: Robert Capa’s controversial and ungainly snapshot of the dying fall of a militia man in Spain in 1936; Joe Rosenthal’s group of marines erecting the Stars and Stripes atop the volcanic mound on the bleak island of Iwo Jima in 1945; Eddie Adams’s startling close-up in 1968 of a South Vietnamese general executing a Viet Cong with a point-blank shot into the flinching captive’s temple; and Nick Ut’s searing photograph in 1972 of the napalmed girl, running, screaming and naked along Route 1 in Vietnam. I chose the last of these, although any of them would have performed the job well.

The village of Trang Bang is being bombed by the aged planes of the South Vietnamese air force. The gross fat cigars of napalm wreck their terrible havoc with all living things. The Vietcong were there, but not by the time the planes arrive. A small cluster of villagers remain, cowering in the refuge of the church, only to be blow-torched by temperatures in excess of 1,000C. From the livid inferno a few survivors flee as best as they can along the straight road towards a group of newsmen. Most noticeable is a naked girl, Phan Thi Kim Phuc, running with stoic resolution. She is nine years old. Nick Ut, born Huynh Cong Ut, takes as series of harrowing photographs. In one of them Kim is screaming “Too hot, too hot…”, before the waiting men douse her in water and cover her body.

Horst Fass, himself a great photographer who was working for Associated Press in Saigon persuaded the New York office that the standard prohibition of full-frontal nudity should be overridden in this instance.  The photographer and photograph saved Kim’s life. She was taken to a hospital by Nick Ut, where she received more attention than would have been normal for a Vietnamese “peasant”. Christopher Wain, who recorded the event for Independent Television News, arranged her transfer to a better equipped hospital. Improbably she survived. During the subsequent vicissitudes of her brave life in Vietnam, Cuba, Canada and the USA she found that there was no way she could escape the remorseless grip of the image, and decided to use it for good. She became a goodwill ambassador for UNESCO and set up a foundation for war-damaged children.

Without the million-to-one chance of Ut’s photograph, she would have become yet another nameless martyr to man’s inhumanity.

The other side of the coin involves the saintly image of the martyr of violence, who is seen (above all in the Christian tradition and according to the supreme model of Christ) as transcending the physical torments that culminate in death. The martyr is granted ascent into a higher realm of spiritual grace. Paradoxically, it is this realm that has been entered by the communist revolutionary Che Guevara, in the famous poster produced by the Irish artist and designer, Jim Fitzpatrick, who based his schema on Alberto Korda’s Cuban photograph.

Korda, who had adopted the surname of the famous film director, had made his reputation as a fashion photographer in Cuba before the revolution. After it he turned his attention from glossy fashion to green fatigues, which were worn with conscious stylishness by the Argentinian doctor, Che. The circumstances of the taking of Korda’s famous shot involved the aftermath of the explosion of a freighter bearing arms in Havana harbour on 4 March 1960. The Cubans blamed the Americans. The next day at a mass funeral rally, Che was visible fleetingly on the platform on which Fidel Castro, Jean-Paul Satre and Simone de Beauvoir were to star. Amongst the frames on Korda’s contact sheet are just two that feature the head a shoulders of Che, with his tousled hair and individualistic beret. It was not selected for publication.

Korda himself cherished the photograph for its intense qualities, visionary and spiritual. On Che’s death in the Bolivian jungle in 1967, trying unavailingly to foment another revolution, he was photographed by Fredy Alborta laid out a stretcher placed on washtubs in a squalid laundry, looking like the dead Christs of Mantegna and Holbein. By a variety of routes, none controlled by Korda himself, his evocative photograph of “Saint Che” was already going , as we might say, “bacterial” – by analogy with “viral” images on the modern internet.

One of the recipients of the photograph as transmitted by left-wing and anarchist groups was Fitzpatrick, who by coincidence had as a teenage barman served Che in an remote Irish hotel. Che was proud of his father’s Irish father, not least because of Dublin’s successful rebellion against British imperialism. Fitzpatrick’s first translation of the Korda photograph was swirly in the Celtic manner that he generally favours. The second, solicited for an exhibition in London in 1968, was a simple and stark poster, in black and red. The star was tinted gold with a felt-tip pen. At that stage Fitzpatrick does not recall being aware of Warhol, and he did not know the photographer’s name. The designer enhanced the upward nature of Che’s spiritual gaze and consolidated the portrayal into a few indelible basics of flat colour.

One of the characteristics of many mega-iconic images is that they resist degradation, remaining recongisable though a few cogent visual clues. Fitzpatrick does this job for us, ensuring that it can be transmitted and reproduced in a very basic form. Another characteristic of many iconic images is that they remain legible even in fragmentary form. This was one of the requirements laid down by the Coca Cola Company in 1915 when the they solicited their bottling plants for ideas in their quest to establish a standardised Coke bottle. For Che we only need a hint of beret and star, or a glimpse of his upraised eye and ragged hair, to see the whole thing in our mind’s eye. A crucified Christ with a Che beret serves as a legible hybrid, a “Chechristo”, as does a Che with a crown of thorns.

Che was an idealistic youthful revolutionary, rightly appalled by savage inequalities in Latin America. But he was no saint. His actual political stance, were it more widely known, would not be sympathetic to many of those who now sport his image as a liberal symbol of freedom and humane values. Had he lived, like Fidel Castro, to become one of the leaders of an orthodoxly repressive establishment, had he become grizzled and portly, he would not now be adorning cigar boxes, cartoons of cherry-flavoured ice-creams, Vodka adverts and pert bikini bottoms. Being killed as a young man was a good move in terms of posterity.  For artists, it is better either to die young, like Giorgione, or to live to a venerable old age, like Titian, than it is to fall somewhere in between.

Another of the shared characteristics of the majority of the eleven champions I have selected for my book as representative of types of iconic image is that their fame transcends our ignorance of their authorship. Who knows the name of the Kim Phuc’s photographer? Only a very small proportion of those who recall the photograph well. Korda and Fitzpatrick have now become better known, but their images rose to mega-fame independently of their author’s names. Who knows the name of the designer of the Coke bottle, which is the most successful ever piece of product design? I have been told often that it was the great French designer Raymond Loewy. However he merely tweaked the design that originated in 1915 with Earl Dean, the head of the bottling plant at the Root Glass Company in Terra Haute. We don’t know who created the definitive image of Christ with centrally parted hair, almond eyes, straight nose and neat beard. We do know of course who painted the Mona Lisa, and Leonardo’s legends are integral to its fame, but the really famous images tend to be revered independently of their making and their maker. They often flourish independently of their original meaning, function and context. They have floated free and become open anyone to use as they wish.

Kim’s plight resonates in the minds of those who do not know the complex details of the war in Vietnam, nor of the protest movement and communist victors who both seized upon its propagandistic potential.  The poster of Che migrates into realms of capitalist merchandise and nebulous teenage romance that are as far removed from the actuality of Che’s life and death as they could be. The historical realities of the making of such icons are left far behind. 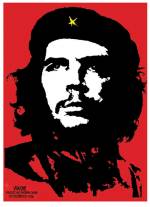