From Power Lunches to Public Sculpture

From Power Lunches to Public Sculpture

When former Condé Nast editorial director Alexander Liberman, a fixture at the publishing company for half a century, died in 1999, the Guardian observed: “He embraced at least seven lives in one and found a way of balancing the contradiction in the pursuit of worldly goals and the artist’s truth.”1

This neat summary of a great force in magazines obscures the self-mythologising and glitzy lifestyle that fuelled Liberman’s ambitions as a publishing powerhouse but limited his impact as an artist.

Considered by his critics as a Jekyll and Hyde figure and by some Condé Nast employees as a Svengali-like charmer, Liberman laid out a fascinating and confounding mystique along with magazine covers and pages. A new book published by Rizzoli this month, It’s Modern: The Eye and Visual Influence of Alexander Liberman by Charles Churchward, surveys the man and his legacy by taking the good and the bad as part and parcel of his audacious talent. Rather than separating Liberman’s careers in publishing and the fine arts, Churchward presents his contradictions holistically, harmonising – if not resolving – conflicts that Liberman himself felt deeply.

Art director for several splashy Vogue compendiums (Extreme Beauty in Vogue; The World in Vogue: People, Parties, Places), Churchward is a masterful designer, and his expertise is apparent on every page of It’s Modern. He mixes period photographs, magazine covers and images of Liberman’s paintings and sculpture for a dynamic visual flow, reflecting the cinematic quality that Liberman demanded for Condé Nast’s stable of successful publications. Mentored by Liberman, Churchward worked in design at Mademoiselle, House & Garden and Vanity Fair, and from 1994 to 2008 was design director of Vogue.

Liberman was born in 1912 in Kiev, Russia. His father Simon, an expert in the lumber industry, worked for the Tsarist regime and, after the 1917 revolution, the Bolsheviks. Simon studied the philosophy of Christian existentialist Nicolai Berdyaev and passed it on to his son, along with a Kodak pocket camera. Liberman’s mother Henrietta, a Romanian-born Gypsy, ran the Moscow Children’s Theatre. A strong-willed, flamboyant woman, she did not bow to authority. Eventually, the Bolsheviks decided that her choice of subject matter (Rudyard Kipling, Mark Twain) indicated a lack of sympathy with Soviet rule and fired her.

Determined to discipline Liberman’s unruly nature, his parents sent him to school in England. Later, while they were living in France, his mother enrolled him at the prestigious École des Roches in Normandy, where Protestantism in general and a Swiss Calvinist pastor in particular left an indelible mark on the boy’s world view, as well as instilling the habit of discipline. He studied art and architecture in Paris, worked as a graphic designer and became smitten with fellow Russian émigré Tatiana Iacovleff du Plessix, a war widow six years his senior.

In 1941, Liberman and Tatiana escaped with her 10-year-old daughter, Francine, from occupied France, travelling to America via Portugal. In 1942, they married in New York and moved to the Upper East Side. She found work immediately as a hat designer and embarked on a 20-year career as “Tatiana of Saks”. Liberman was interviewed by Alexey Brodovitch, who had brought modern design to Harper’s Bazaar, but ended up with a position at Condé Nast through a personal introduction from Nast’s financial adviser, Iva Patcevitch. In 1943, Liberman was made Vogue’s art director, a position he held until he was promoted to editorial director in 1962.

While Liberman showed steadfast loyalty to Tatiana (his second wife) and his employers Samuel I Newhouse and Samuel Jr (Si),2 he commonly severed ties with friends and colleagues no longer useful to his career without a backward glance. A much-reported instance is that of Grace Mirabella, editor of Vogue from 1971 to 88, whom Liberman had championed as a replacement for Diana Vreeland. (Vreeland held the post from 1963 to 71.) Then, after many years of a seemingly sincere friendship, Mirabella learned from a television report by columnist Liz Smith that Anna Wintour was to replace her. In her memoir, In and Out of Vogue, Mirabella remarked that Liberman had “an ego the size of the Newhouse fortune”.3

It may not be possible to reconcile this quintessential Company Man’s dual persona. While his business ethics were opportunistic and quite flexible, his convictions as a painter and sculptor were unequivocal. He believed the act of creation to be sacred and that genuine art should not be affected by commercial concerns. He thought photography, which he practised, to be strictly reportage. Yet in his magazine work he mixed high and low with abandon; current American Vogue editor Wintour has remarked that Liberman was “equally pleased to discuss an episode of [the TV serial] Dynasty as he was the Hermitage [museum in St Petersburg, Russia]”.4

In his introduction to It’s Modern, Churchward describes his first impression of Liberman, envisioning the dapper publishing legend, dressed in an impeccably tailored grey suit, blue shirt and black knitted tie, as Boris Lermontov, the Mephistophelian dance master in the 1948 film The Red Shoes. In a revealing juxtaposition, Churchward follows the understatement that “Not everyone at Condé Nast found working with Alex as enjoyable as I” with some disparaging quotes. He says Vreeland called Liberman a “yellow rat,” and that Leo Lerman, who worked at Condé Nast for more than 50 years and was fired from Vanity Fair, said Liberman was a “dreadful being, a wretched murderous Russian of the blackest blood”.

Churchward deftly handles the many twists and turns of Liberman’s long career with a decade-by-decade format that effectively points to changes in women’s magazines and women’s tastes, as exemplified by Vreeland’s penchant for high-cost fantasy photoshoots in the psychedelic 60s, Mirabella’s practical sportswear aesthetic in the 70s and 80s, and Wintour’s celebrity-focus from the 90s on. He spices his text with brief quotes from such close family friends as arts writer and lecturer Rosamond Bernier and stepdaughter Francine du Plessix Gray, a Pulitzer Prize-nominated novelist.

In the 15 years since Liberman’s death, the ways in which audiences experience media have changed radically, yet his touch can still be detected easily in contemporary fashion and lifestyle coverage. Now commonplace on computer screens, the layering of visual and verbal information was revolutionary when Liberman began collaging photographs and type in the 40s. In interviews, he referred to his interest in the I Ching and the effects of chance on art making. Although he may have disheartened editors and designers by rearranging layouts dozens of times, he seemed to enjoy the process, including the ripping and tearing of elements, more than the product. He pioneered the use of cover lines, played with headline and caption treatments and urged designers to adapt other forms of printed matter (menus and even the telephone book) to startle the eye.

Churchward says in his introduction: “It was fascinating to consider that the page was not sacred, that margins and the gutter were not the limit, and the flow of the text could run right off the edge of the page.”

Tina Brown, who joined Condé Nast in 1984 to edit Vanity Fair and went on to edit The New Yorker, another Condé Nast publication, from 1992-98, came up with a memorable analogy for his working style, saying Liberman was “to magazines what Balanchine was to ballet”. He sought movement, energy and an indefinable quality that, for him, always came down to being “modern”.

Other innovative moves in his editorial choreography came from his experience in Paris working for poster artist and typographer AM Cassandre and as a designer at Lucien Vogel’s Vu, the first photo-illustrated magazine and the model for Look and Life. Liberman credited Cassandre’s use of type as a major influence. At Vu, Liberman worked with Henri Cartier-Bresson, Brassaï, André Kertész, Robert Capa and other pioneers of street photography. At Vogue, the roster of photographers was just as impressive and included Irving Penn, who, as Liberman’s assistant, was encouraged to take his own photographs rather than assign jobs to freelancers.

Liberman transformed Vogue from a fashion “album” to a general interest magazine known for its articles on the arts and culture. He commissioned artists – Salvador Dalí, Joseph Cornell, Marc Chagall and Jasper Johns, among them –for Vogue projects. A now-famous example occurred when he asked Cecil Beaton to photograph models wearing the latest fashions in front of paintings by Jackson Pollock.

During the 50s, Liberman began to exhibit his paintings. With little time for making art, and a grudging reception from critics, perhaps he actively pursued his commitment to fine art in Vogue as a compensation. Certainly, he downplayed his day job; he said he felt superior to it because he was an artist, and suggested that he was successful at it because he was able to take it lightly. He seemed to accept that critics would not be able to see past his publishing success to make an unbiased judgment of his art.

Those wanting insights into Liberman’s key relationships should read Them: A Memoir of Parents by his stepdaughter Francine.5 A veteran of psychotherapy, Gray applies this lens to the mystery behind her mother and Liberman’s dysfunctional café society addiction – Saturday “power lunches” at the East Side apartment, grand celebrations at holiday times and late nights out on the town – leavened with loving curiosity and forgiveness for their many egregious failings.

Gray illuminates Liberman’s relationship to his art in a chapter titled after his groundbreaking 1960 book documenting the working environments of 20th-century masters of modern art, The Artist in His Studio.6 She also discusses the low regard paid to his modernism by Tatiana, whose favourite artist was Vermeer, and most of his other close associates and friends, who did not appreciate his experiments with circles or how he incorporated his love of classical Greek art into his large cylindrical sculptures made from gas tanks, modern versions of pillars often painted red like the Constructivist and Suprematist art he saw as a child in Moscow. Being in America kindled Liberman’s love of heroic scale and sparked his use of welding and industrial materials in his large public sculptures.

However cavalier Liberman could be about his million-dollar salaried position, his modernist approach was a thread running through a complicated life in which power lunches were just as important as monumental sculpture. It’s Modern captures Liberman’s modernism in all aspects of his life and activities and should be essential reading for editors, graphic artists, publishing historians and fine artists trying to balance the lures of the marketplace with the needs of the soul.

It’s Modern: The Eye and Visual Influence of Alexander Liberman by Charles Churchward with commentaries by Rosamond Bernier, Francine du Plessix Gray, John Richardson, Beatrice Monti and others is published by Rizzoli, price US$65/£40. The272-page volume includes 220 colour and black and white illustrations, and reprints an interview with Liberman conducted at the time of his 1993 exhibition at the André Emmerich Gallery in New York.

Alex: The Life of Alexander Liberman by Dodie Kazanjian and Calvin Tomkins, published by Knopf, 1993.

Greece, Gods and Art by Alexander Liberman, published by Viking/Studio, 1968. 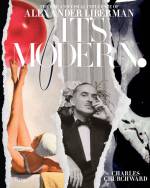 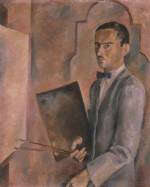 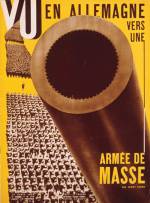 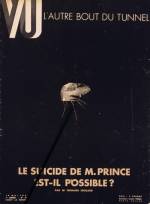 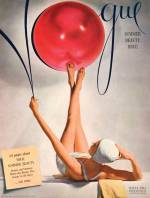 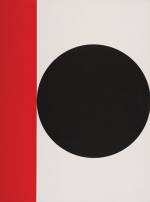 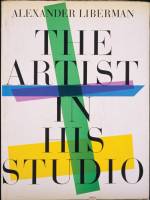 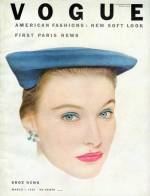 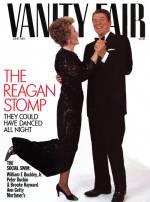