Ziegler’s current show at Simon Lee follows two other successful solo exhibitions, most recently The Alienation of Objects at 176 in London, as well as several group exhibitions from Finland to China. His work fuses enchanting, pale detachment with a sense of fantasy and freedom – an overall compelling and original adventure that builds with each new project.

His latest work is concerned with the concept of memory and past in an era of digital technology. Using sculpture and paintings, Ziegler shows a world where virtual reality collides with a fading, delicate history of art. His works evolve from found images, mainly – from photographs of archeological artefacts to faded reproductions of Flemish paintings. Then he transforms those images by airbrushing them, digitally manipulating them, by imitating pixels with paint and vice versa.

The result is a series of works that at once bleach history away and reinvent it. In the faded out images and opaque collages, viewers are compelled to question their own grip on reality, or understanding of it: is history any more real than landscapes invented on computers? By painting pixels, Ziegler questions whether fine art has any more clout than new technologies, any more perfection in being slightly off or inaccurate.

Biblical figures fade beneath pale rose spheres, melancholic women sulk beneath their graphics, and monks are bleached almost to negatives of photographs, of old portraits of themselves. Or perhaps these figures simply fall behind clouds, divine in a traditional manner, despite those clouds being pixels; it is hard to tell whether this modern art resurrects or smothers its subjects, even itself, in these odd circles of light and pale pastel paint. It is as if virtual reality is nostalgic for all it is obliterating.

The paintings and sculptures on show at Simon Lee are certainly enchanting, then, and exploit these vague areas between history and present to build a world quite ethereal and unique. History of Art, which can bear so heavily on a modern artist, (and which Ziegler admitted led to an artistic crisis after art school) is now made light, cerebral and continuous. It is hard not to revert to worship, when confronted to these angelic resurrections of once-tired prints. The past is dug up and on show with new glistening style – at once lost, disembodied – and clearer than ever. This familiar dichotomy – twinned beauty and death – is suitably, subtly exploited. Ziegler’s approach is delicate and curious, seeming to recall Scott Fitzgerald’s novels more than any visual post-modernist that one might associate him with, for all the talk of fragments of past.

Sometimes Ziegler’s figures (borrowed from Renaissance paintings or Flemish Old Masters) look as if they have been wrapped in cellophane, or reproduced so many times that the images are spent; at another glance, the figures have become more cerebral, transcending their past lives to live afresh, in a modern reawakening.

A marriage of computers and Old Masters, then – and an artist who defeats that overwhelming canon by painting over it. Ziegler has risen to exciting new heights with his third solo exhibition, a quiet reconciliation with the past, and play with the transcendence art so often promises but falls short. Perhaps because the viewer is confronted with blind spots and vagueness, at least the illusion of that rare resurrection is shown well here. 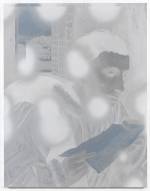 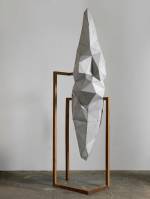 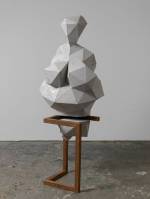 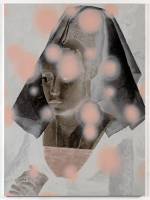