Visions of Heaven: Dante and the Art of Divine Light by Martin Kemp – book review

Visions of Heaven: Dante and the Art of Divine Light by Martin Kemp – book review

In this lavishly illustrated and intriguingly written book, Kemp explores how Dante influenced the work of Renaissance and baroque artists 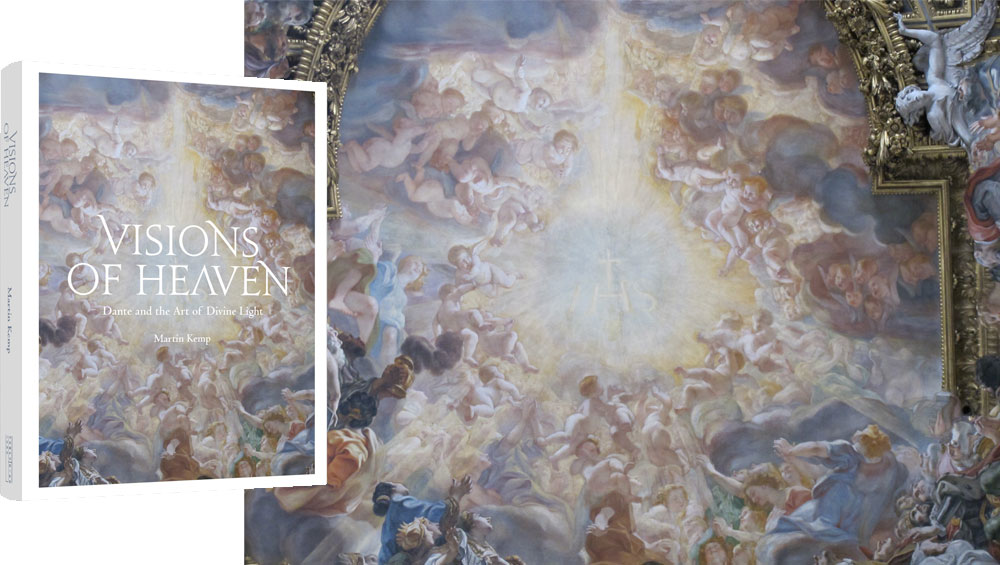 Visions of Heaven: Dante and the Art of Divine Light by Martin Kemp; Giovanni Batista Gaulli (Baciccio), The Triumph of the Holy Name of Jesus, Rome, Il Gesù, detail of the Christogram and angels Photo: ho visto nina volare from Italy/Wikimedia Commons

Visions of Heaven: Dante and the Art of Divine Light by Martin Kemp is the first study to examine the depiction of divine light in Dante’s Divina Commedia (The Divine Comedy) and the influence the masterpiece subsequently exerted on the work of Renaissance and baroque artists, the inheritors of Dante’s vision. Published to mark the 700th anniversary of the death of Dante Alighieri (1265-1321), Visions of Heavenwas launched in March, via Zoom, with a talk by Kemp and conversations with Alessandra Buccheri, professor of art history at the Accademia di Belle Arti di Palermo, and Simon Gilson, professor of Italian studies at Magdalen College, Oxford. 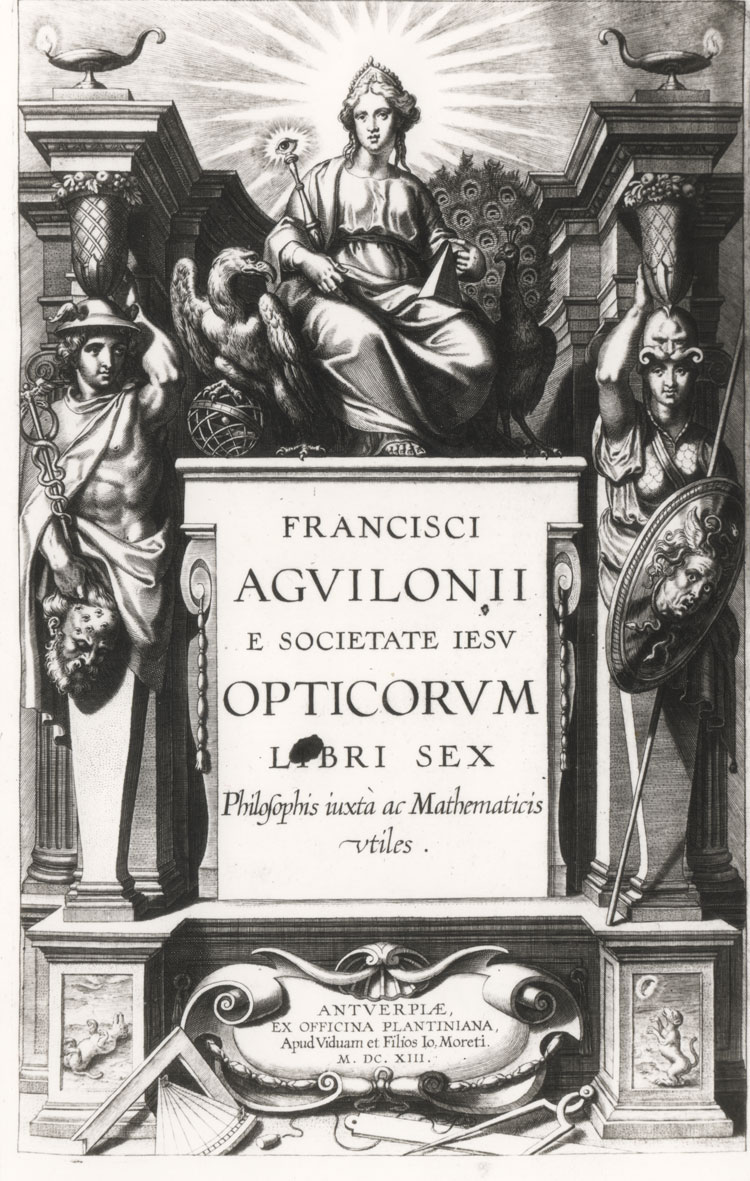 The book is an ambitious project that began with Kemp’s undergraduate study of natural sciences at Cambridge, followed by history of art at the Courtauld Institute, and decades of scholarship examining the interaction between science and art. He is the leading authority on Leonardo da Vinci. In an interview with Ernst Gombrich for Austrian television in the late 1990s, Wolfgang Fischer asked Gombrich, who, in his view, would take over his exalted position as the world’s leading art historian; Gombrich named his former student, Kemp. 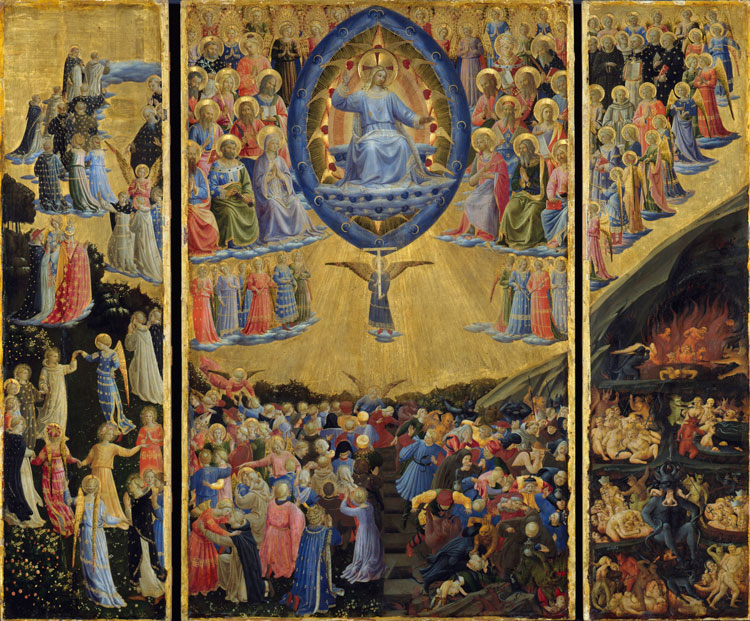 Kemp’s The Science of Art: Optical Themes in Western Art from Brunelleschi to Seurat, published in 1990, was described by Scientific American, as a wonderful book that examines, “the major optically oriented examples of artistic theory and practice from Brunelleschi’s invention of perspective and its exploitation by Leonardo and Dürer to the beginnings of photography”. The Science of Art also explored two main traditions of colour science: the Aristotelian tradition of primary colours and Newton’s prismatic theory that influenced the spectroscopist and mathematician Carl Runge (1856-1927), the Romantic artist JMW Turner (1775-1851) and the pointillist Georges Seurat (1859-1891).

Dante is one of the greatest European writers, astoundingly original, with equal knowledge in scientific optics and the study of nature. His descriptions are vividly visual, with a rare ability to evoke transcendence and spirituality. In considering Dante’s influence on Renaissance and baroque artists, Kemp eloquently interrogates poetry and an analysis of mediaeval optics. The book is extensively illustrated with paintings by Bernini, Giotto, Fra Angelico, Piero della Francesca, Michelangelo, Raphael, Titian and others. “Commedia” refers to a narrative that does not have a tragic ending.

In Renaissance Italy, the competitive comparison of the various arts – particularly painting, sculpture, poetry and music – was known as paragone, and it was a learned pursuit. Leonardo advocated the utter supremacy of painting, and Michelangelo, naturally, of sculpture. Kemp sets up a 21st-century paragone study, “in what poetry can do and what painting can do. We will see Dante and the painters mutually striving to meet one of the most intimidating of all visual challenges. That challenge was how to describe extremities of divine light that were beyond the scope of our earth-bound sense of sight.” 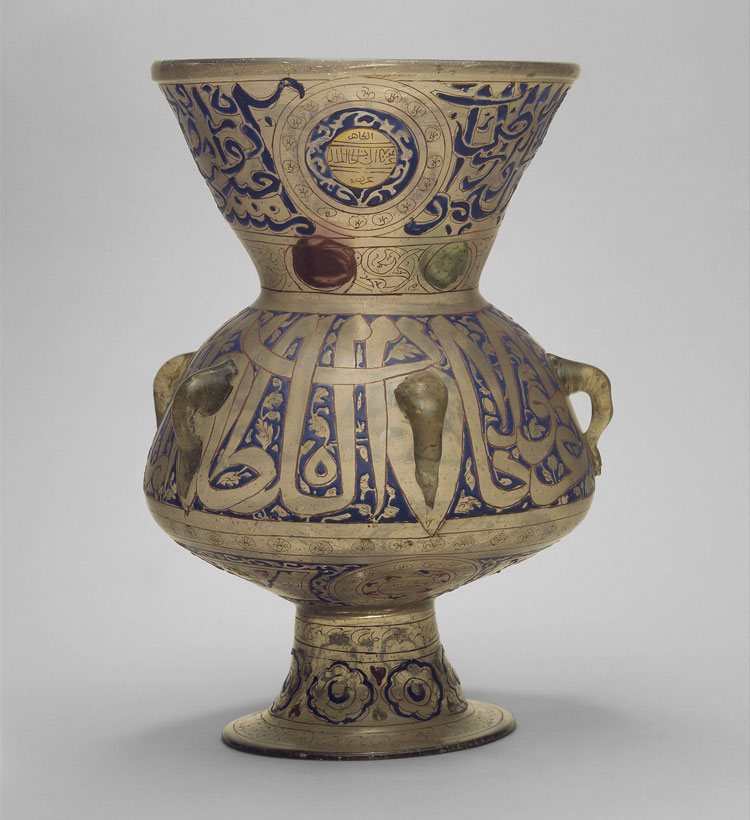 The first chapter, Divine Optics, Christian and Islamic, provides a survey of the late medieval natural science of optics and light. The second, Dante’s Dazzle, refers to Dante’s interest in the difference between physical, scientifically measurable light and the blinding light – splendore – of a spiritual encounter.

Chapter three, Illuminated and Illustrated, examines Paradiso, the third and final book of The Divine Comedy, and centres on Dante’s acts of seeing. He approached his understanding of visual experience according to medieval optical rules that can be accomplished on earth. The overwhelming of Dante’s earthly senses by heavenly light, on the other hand, enabled him to evoke, through poetry, a blinding spiritual light. This in turn gave a green light to artists to attempt to portray heavenly visions that defied earthly scientific optics – for example, heavenly light cast no shadow when Michelangelo’s Saul fell from his horse, shielding his eyes, in the Vatican fresco. Raphael became a master of spiritual radiance, of divine light. The most celebrated masterpieces illustrate Kemp’s new book as testament to the profound impact of Dante’s poetry to enable the finest artists of the Renaissance to find visual form for the ineffable name of God with a spiritual luminosity that had not previously existed.

Paradiso is the most challenging to translate into visual forms, of light and spiritual abstractions. As The Divine Comedy was produced before the advent of printing, more than 800 manuscripts (of about 2,000) still exist. Many of these had initials and decorative motifs, but nothing like the later illustrated volumes. In this context, Kemp focuses on a series of unfinished folios by Botticelli, accessible online during lockdown. My personal favourite in this chapter, though, are the magical and exquisite contributions by Giovanni di Paolo (c1450) from the British Library. Of his painting, Dante and Beatrice Witness the Spheres and Crosses, the Spheres of the Heavens with Love, a Fishing Mermaid, Neptune and Creatures in the Sea of Being, replete with detail and phenomenal understatement to inspire, Kemp observes: “There is a certain prudence in not trying to emulate every aspect of Dante’s vision in all its learned and poetic subtlety.  He also notes that the subject matter of Giovanni’s illuminations is varied: “We encounter the stories of particular characters or saints and incidents from classical antiquity. There are also some ‘political’ references to events in Dante’s time, including his own expulsion from Florence.” The strength of Giovanni’s design elements in Dante and Beatrice Witness the Heaven of Mars, with the Bright Cross of Warriors make the work resonate for the viewer in the present day. 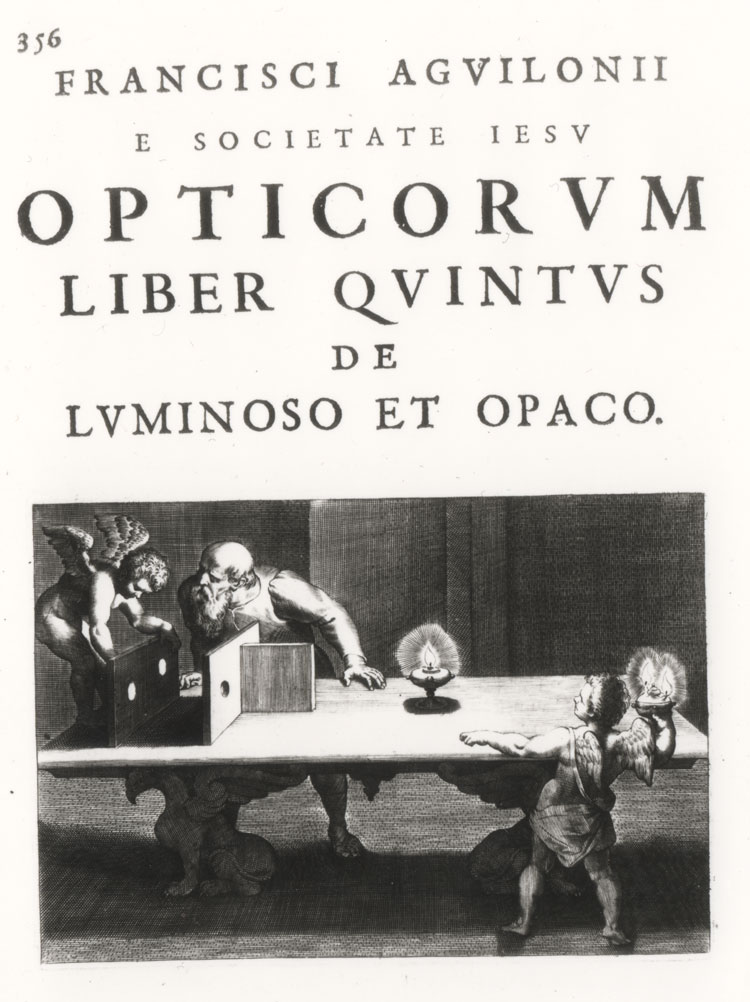 Chapters 4 and 5, Dantesque Dramas: from Giotto to Titian and Dantesque Dramas: from Correggio to Rubens, interrogate and set against each other Renaissance Italian painters (plus Matthias Grünewald) and Roman Baroque artists, all of whom created vast vault, dome and ceiling paintings of the heavenly host: Lanfranco, Pietro da Cortona, Gaulli (“Il Baciccio”), Bernini, Andrea dal Pozzo and Rubens.

In his final chapter, Limits of the Knowable, Kemp ends with a dialogue on the question: “Are there absolute limits to what we can ever hope to know?” He cites authorities in the medieval and renaissance periods and in modern philosophy of science. The ancients agreed that there were limits. “In modern physics, the divine is for the most part not assigned a magisterial rule, and the place for any kind of divinity has been increasingly restricted to philosophically generalised areas of the ultimate design of the cosmos. But even for atheists, amongst whom I count myself, there are swathes of the unknown beyond the present reach of science and understanding. There a central question remains: are there unknowns that are unknowable?”

Kemp asserts that creativity begins where knowledge ends, but for many artists, there might also be a grey area between creativity and faith in a higher order, between an exalted state of consciousness of which an individual is unaware; hypersensitivity and melancholia from where some of the finest visions of our human limitations can be defined. The faith of an artist in a secular society manifests itself rather more in conceptual and subjective terms. It seems a remarkable position to which to dedicate one’s life, exploring the world of art that for most humans is impossible to describe. Tess Jaray (b1937) is an artist with a rare ability to paint and write on the wide-ranging aspects of art and metaphysics. In Painting: Mysteries and Confessions (2010), she is mindful that paintings will not always be better understood through verbal description: “Paintings cannot be explained. But they can be spoken about and circled around, and sometimes those circles can get closer and closer. It seems rather strange – if not unhinged – behaviour to spend one’s life doing something that can’t really be understood.” 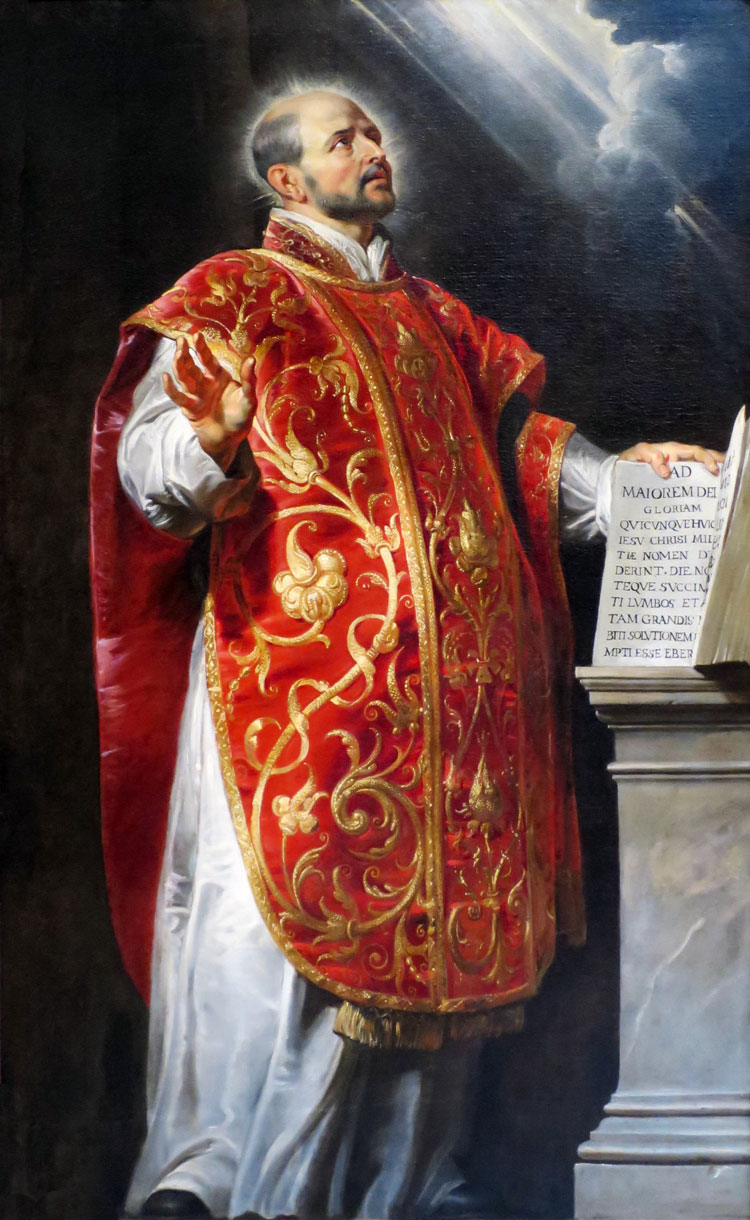 It is not unlike the phenomenon where extreme emotions such as grief and fear elude logical analysis or verbal expression, yet they can give new and original visual forms or music that in turn has the capacity to inspire and to mitigate despair in the artist or composer and audiences alike in abstract form not words. Dante’s poetry provides insight into the ineffable, the invisible, ephemeral aspects in life in such a way that other artists read them and find inspiration. It does not follow that it is possible in logical terms to measure the creative impact of visual form even though the forms can be understood as a contribution to metaphysics. However tempting, it is beyond the remit of this review to consider the ramifications of Kemp’s study on contemporary art practice.

Visions of Heaven is an inspiring read. The quality of reproduction in this context enables the experience of the reader to include the breathtaking power of a work such as, Christ and the saints in Heaven, (detail) of Fra Angelico, The Last Judgment. It seems it is the process of undertaking such an ambitious journey for truth or enlightenment, supported by a collaborative team of scholars and publishers (especially through the Covid-19 lockdown), and built on the soundest of scholarly foundations, that the uplifting power of the creative and intellectual spirit is most profoundly experienced.

• Visions of Heaven: Dante and the Art of Divine Light by Martin Kemp is published by Lund Humphries, price £45.