Mad, Bad and Sad: Women and the Mind Doctors

Mad, Bad and Sad: Women and the Mind Doctors

In late-19th-century Paris, after decades of political upheaval and social unrest, and an era of neurasthenia, fainting spells, and “the vapours”,1 a new psychological illness took to the stage: hysteria (from the Greek hystero, meaning womb) was pronounced “the illness of the age” by the prominent journalist, novelist and playwright Jules Claretie.2

Largely considered a female malady, it turned women into the focus for the expression of many millennial fears and anxieties.3 From the 1870s onwards, stories about hysterical patients filled newspaper columns. They were transformed into fictional characters by novelists, photographed, sculpted, painted, and drawn to such an extent that Georges Didi-Huberman feels “nearly compelled to consider hysteria, insofar as it was fabricated at the Salpêtrière [hospital] in the last third of the 19th century, as a chapter in the history of art”.4

In 1885, Freud went to Paris to study under the French neurologist Jean-Martin Charcot, and the latter’s use of hypnosis to treat his hysterical patients led his keen student to consider the notion of the unconscious, a turning point in his career. Thereafter, Freud’s work was devoted to the scientific study of the human psyche. Nevertheless, despite working with female patients and psychoanalysts, including his own daughter Anna, Freud’s theories on female sexuality remained highly androcentric and partisan to the general sexism of the time. In 1905, he wrote that in men alone is “the sexual life … accessible to investigation, whereas in the woman it is veiled in impenetrable darkness, partly in consequence of cultural stunting and partly on account of the conventional reticence and dishonesty of women”.5 Famously, he also once said to fellow psychoanalyst Princess Marie Bonaparte, who, after consulting Freud as a patient, went on to research and publish a study of sexuality in women: “The great question that has never been answered, and which I have not yet been able to answer, despite my 30 years of research into the feminine soul, is: ‘What does a woman want?’”6

Now, more than a century later, women are speaking out. Inspired by Lisa Appignanesi’s award-winning book, Mad Bad and Sad: A History of Women and the Mind Doctors From 1800 to the Present,7 the Freud Museum has gathered together letters, portraits, sound recordings and various documents tracing 200 years of the history of women suffering from differing states of mental distress, many of which were swept under the umbrella of hysteria, but which now, once again, are seen as disparate pathologies.

A short leaflet provides the potted biographies of 33 key figures (both female patients and male and female mind doctors) represented in this exhibition. For each one, extracts from their life’s work, photographs, portraits and letters are displayed. So, for example, for Marilyn Monroe (who is known to have visited Anna Freud in 1956, while filming The Prince and the Showgirl), there is a photograph, a quote (“I’m always running into people’s unconscious”), an extract from her posthumously published memoir, and pictures of those associated with her, including two of her psychiatrists. For Virginia Woolf, alongside copies of her books and extracts from her letters, portraits by Rachel Pearsall Conn (“Ray”) Strachey (oil) and Gisèle Freund (a photograph alongside her husband Leonard), visitors are treated to the only known sound recording of her voice. In the same room, Salvador Dalí’s portrait of Freud (1938) hangs alongside a photograph of fellow psychoanalyst Hanns Sachs with a monkey and pictures of their female patients, Bryher and Hilda Doolittle (H.D.), who were lifetime lesbian lovers and successful novelists.

In the next room, a contemporary photograph by Jane Fradgley shows an old Bethlem hospital item of “strong clothing” – a top with heavy belt and loose tassles to restrain the hands – intended both to protect the wearer from herself as well as to prevent her from lashing out at others. Opposite this hangs the actual garment, alongside a pair of strapped mittens and a jacket, quilted, heavy, and made of resilient materials – the forerunner of denim, and a close relative of the straitjacket.

To complement this historical overview, which has a strong archival feel – much more museum than art gallery – are a selection of contemporary artworks by artists including Tracey Emin, Louise Bourgeois and Sarah Lucas. Emin’s work, unsurprisingly a neon, reads Be Faithful to your Dreams (1998), a nod, no doubt, to Freud’s interpretative work in this field. Bourgeois’ is a delicate fabric work, dyed and painted, showing a bulbous and androgynous character, drawn as if by the hand of a child, malformed and ill at ease. Lucas’s Suffolk Bunny (1997-2004) reclines alluringly – or is it exhaustedly? – on a chair in Freud’s study, her turquoise stockings shocking against the Persian reds and ambers, her confessions no doubt more so.

Downstairs, in the entrance hall, hangs Helen Chadwick’s Adore; Abhor (1994), two fur-covered almond shapes with the opposing emotions juxtaposed one against the other, feelings which come to the fore frequently in therapeutic settings, both in recognition of external relationships, as well as within the therapeutic relationship itself. Here, printed on the shaven central panels, the reference to a vagina is none too subtle, yet in comparison to Francis Upritchard's stairwell sculptures, David (Robin) (2012) and Wanker (2012), they would win a prize for closetedness.

Bringing the early exponents of hysteria full circle, Anna Furse’s short (four-minute) film documents the 2013 stage production of Augustine, a reenactment of the performance regularly given by one of Charcot’s “star” patients, who would be brought out before a crowd, not only of medical students and physicians, but also artists, writers, actors, socialites and even the merely curious, at his Tuesday evening demonstrations at the Salpêtrière. Here, as there, the modern-day Augustine is seen to convulse, perfectly performing the states of terror, ecstasy, and “amorous supplication” from the hysterical phase of attitudes passionnelles (passionate poses), as well as the contortions of the phase of grands mouvements or clownism – often culminating in the arc-en-cercle position, where the patient bends backwards forming an arch, with only her head and heels on the ground. With hindsight, one might question whether the real Augustine and her co-patients’ performances were genuine and accurate symptoms of their troubles, or whether they had just learned what pleased their “master”, and performed accordingly, exaggerating as time went by. Were they not perhaps the first women to find a creative outward expression for their inner turmoil, to take charge and steer the direction in which their male mind doctors were heading? Certainly, this rich exhibition of archival material and contemporary art shows just how many “mad, bad and sad”women over the past 200 years have turned to writing, performing, or art-making of some kind as a means of sublimation and an outlet every bit as valuable as any “talking cure”.

4. Invention of Hysteria. Charcot and the Photographic Iconography of the Salpêtrière byGeorges Didi-Huberman, translated by Alisa Hartz, published by MIT Press, 2003, page 4.

7. Mad, Bad and Sad: A History of Women and the Mind Doctors from 1800 to the Presentby Lisa Appignanesi, published by Virago, 2009. 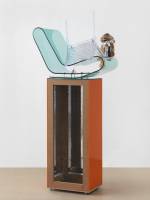 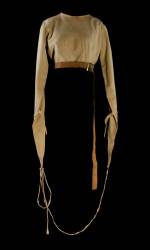 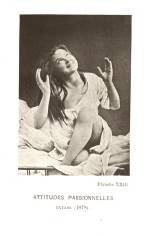 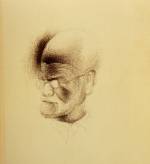 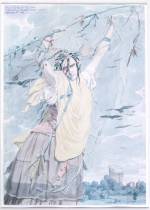