The year 1975 was a landmark one for women around the world. It was declared by the United Nations to be International Women’s Year, and, in the UK, it saw the introduction of the Sex Discrimination Act and the Employment Protection Act (making statutory maternity pay a requirement for employers and legislating against dismissal on the grounds of pregnancy). Since then, things have continued to improve in the UK: in 1976, the Domestic Violence and Matrimonial Proceedings Act was introduced; in 1979, Margaret Thatcher was elected as Britain’s first female prime minister; in 1987, Julie Hayward, a canteen cook at a Liverpool shipyard, became the first woman to win a case under the amended Equal Pay Act; and in 1992 Betty Boothroyd MP became the first female Speaker in the House of Commons. There is still much to be fought for to achieve full equality, however, and the creation of such projects as Million Women Rise (2007) and the Everyday Sexism Project (2012) is testament to this. This year has seen the founding of the UK Women’s Equality Party by broadcaster Sandi Toksvig and author and journalist Catherine Mayer.

Given this unsatisfactory status quo, the curatorial duo Day+Gluckman (Lucy Day and Eliza Gluckman) wanted to celebrate the 40th anniversary of a pivotal year, but also to provoke and encourage continued attempts at revolution and radical transformation. As Alexandra M Kokoli notes in an essay to accompany the exhibition,1 “feminist accounts of the past first emerged as feminist responses to gaps in historical narratives”. The curation of this show follows what the Dutch cultural theorist Mieke Bal has called a “preposterous history”, whereby contemporary artworks quote or allude to past artworks, “put[ting] what came chronologically first (‘pre’) as an aftereffect behind (‘post’) its later recycling”.2 This is exemplified in Jessica Voorsanger’s Claude Monet (Bald Series) (2013), where a woman is seen adorned with the artist’s iconic beard; Rose English’s Baroque Harriet 2 (1973) and 3, where women are seen reclining on a chaise longue and posed in a frame, but wrapped up respectively in a duvet and a large bow, destroying the traditional gaze, by offering them some modesty; and EJ Major’s series investigating the axe attack on Velázquez’s Rokeby Venus by suffragette Mary Richardson in 1914.

The lobby of Collyer Bristow, a law firm, whose offices and corridors provide this gallery space (make sure you call in advance, as many of the rooms are used for meetings and cannot be entered at certain times of day), is wallpapered with a work by Sonia Boyce, The Devotional Wallpaper (2008), showing the names and “fingerprints” of black British women artists working in the music industry. The piece is described by Boyce as “a roll call of 200 female luminaries, memorialised as a large-scale printed wallpaper”,3 although she also notes that “many of the named performers would probably hate being collected under that rubric”. As such, “the act of collecting is not on their behalf, it’s not to represent them. It’s really about an unplanned way that a diverse range of public listeners have built a collective memory.” This is, in fact, an apt description of the show as a whole – in Kokoli’s terms, “a diverse and vibrant HERitage”.

Issues of objectivity and respect(ability) are explored by Hayley Newman, with her embroidered dishcloths, seeking out the voice behind the passive, domestic female, and Jo Spence, in the powerful photograph From a Session on Powerlessness (1987) [my emphasis]. Freddie Robins’ Bad Mother (2013) and Mad Mother (2015) touch on the mother-daughter bond – no doubt with reference to Kristeva’s notion of the abject and separation from the Other, a feminist take on Lacan (and, to some extent, Freud) – showing a knitted outline of a maternal body, with the baby and mother sharing one head. An “umbilical” connection whereby madness – or the traditionally female complaint of hysteria – is passed on directly?

The body is, of course, (omni-)present and used both as material and medium, by Helen Barff in her body-part impressions, and as inspiration, by Helen Chadwick in her vulval images, adorned with fur and flowers (Wreath to Pleasure No 8 and No 12, 1992-93). Hair – a longstanding symbol of female strength (think, for one, of witches having theirs shaved off) – features in the works of Alison Gill (It’s All Over, 1993/2015 – two plaits encased in a glass table) and Helena Goldwater’s performance documentation of And the Hairs Begin To Rise (1993/2015), where the subject is either swallowing or regurgitating hair, transgressing Freud’s theory of female desire, as part of a transformation of her entire body into a representation of female genitalia.

Behind the desk where the legal receptionists are sitting, Joy Gregory has installed a cyanotype, Kitten Heels (from the series Girl Thing, 2002), and a kallitype, Hair Grip (from the series Objects of Beauty, 1998). These images of female – “girly” – accessories pick up on the idea of women secretaries and receptionists, tottering about in high heels and short skirts, with big “up do” hairstyles, catering to the needs and whims of their male bosses.

Across the room, amid the reams of law reports, hang the portraits of Mr Collyer and Mr Bristow (late-18th century). How much has really changed since then? What is going behind the scenes – behind those closed boardroom doors? Do women have an equal footing? An equal voice? How far have we still to go? By bringing the past into the present and reappraising it – creating a preposteroushistory or HERitage – these questions are posed. Nancy Spero argued that “if women have been obliterated by history, then we can obliterate history by ignoring it”.4 In Liberties, Day+Gluckman take the opposite – and, in my opinion, far more effective – approach.

• Liberties is part of A Woman’s Place project curated by Day+Gluckman, www.dayandgluckman.co.uk/theproject 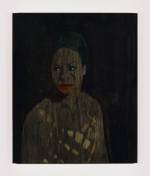 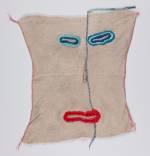