This exhibition gives snapshots through the last 500 years of work produced by artists who migrated to Britain for reasons of opportunity and freedom. The complex yet subtle layout allows the viewer to loop back and forth through the exhibition of painting, sculpture and photography, encountering the sound of the film and video work whilst walking through the outer track of rooms. These not only take a generally chronological view of moments in art history, but also encourage the viewer to hover attentively between works. Migrations is the first in a series of curatorial adventures in which the museum interrogates its own collection – puts itself under the microscope. Curator Paul Goodwin was responsible for the room New Diasporic Voices, other curators taking different themes and periods when migrants have brought new voices to British art practice.

Artist Sonia Boyce is included in this space; her work From Tarzan to Rambo: English Born “Native” Considers her Relationship to the Constructed/Self Image and her Roots in Reconstruction (1987) is on display.

Angela Hodgson-Teall: Your image From Tarzan to Rambo uses many processes including drawing, multiple self-portraits, wall paper patterns, collage and grids to tell a story of someone divided between a jungle of experiences, part of Britain and yet with roots elsewhere. The image is working on several levels. Can you say more about how some of the important features such as the changing expression in the photographs and the drawn and collaged figures create a disturbing effect in the work?

Sonia Boyce: It’s very odd returning to a work created 25 years ago. From Tarzan to Rambo was created when I was an emerging artist, just coming out of painting, and as such, I moved towards more mixed-media work. It was a period of experimenting with photographic and print references that had constituted my earliest works.

On approaching this artwork again, two very distinct thoughts come to mind: that the work derives from a series of quotations; and, with hindsight it’s possible to see the trajectory that my work has since taken – in particular the performative body.

If I try and speak more clearly about these two distinct impressions, then I would say that the plethora of quotations point to: surrealism and its “primitivist modernism”; the work of Susan Hiller is heavily quoted – in particular her Midnight at Baker Street series of photo-booth images (1983), which in turn was a comment on surrealism’s fascination with medical photographs of female hysterics (Charcot); and, of course, my own fascination with disturbing popular media caricatures of the black figure.

The format of From Tarzan to Rambo draws directly from photomontage and the modernist trope of the grid often used by surrealists. René Magritte’s I do not see the… hidden in the forest (1929) is a good example. If André Breton’s framing of surrealism was meant as a dialogue with the “other”, then I thought that I was a representative figure – already cast as that other.

Inspired by Susan Hiller I also used the photo-booth to create a series of self-portraits. I wanted to explore, to exorcise, to create strategies of resistance to the mainstay of racist and sexist imagery I’d grown up with of jungle savages, mammies, servants, golliwogs, native Indians – all agog, rendered unable to articulate themselves in the face of whiteness and modernity; and of whiteness as heroic and all-mastering of the untamed, hinting at the racism underneath Romanticism’s project.

AHT: There are undertones of violence in your work, whether direct or indirect: can you talk about how and why you go about creating this effect.

SB: The violence that you speak of, for me, points to the violence that those prior images exerted and continues to exert. The golliwog occupies a very perverse place within Western culture. On the one hand, it represents a cosy familial sign of childhood stories – as a rag doll it was often used as a comforter. On the flip side it is a gross and scary caricature of Africans. Its iconography comes out of slavery (the mammy doll) and minstrelsy (the dolls are often dressed in the armory of travelling minstrels). This is where humour and violence mingle. I am always drawn to this bitter-sweet, and paradoxical coupling.

AHT: How does the image refer to other works in the exhibition? Can you talk about any of the works that have a dialogue or relationship with the From Tarzan to Rambo piece?

SB: I am really happy with my work being contextualised as part of a continuum of British art practice that announces a new set of paradigms. It’s great to see Donald Rodney’s painting How the West was Won (1982) and the recent acquisition by the Tate of Keith Piper’s Go West Young Man (1987). It was also really interesting for me to get a sense of the debates that Jewish artists were having about modernism in the early part of the 20th century.

AHT: What fascinates you about the two works you mention by Rodney and Piper from New Diasporic Voices?

SB: I love the way they cut to the quick, get straight to the heart of deconstructing master narratives. Whether that’s Rodney, deliberately lampooning the romanticism of the Wild West and at the same time undermining the privileged position of painting. Or, the incisive cut and paste of Piper that speaks to my love of a punk aesthetic, taking a swipe at the pop culture of photo-romance magazines whilst aligning itself with much photo-text work. Piper’s deconstruction of the historical and spatial fears1 and fantasies projected onto the black male body is simply brilliant!

AHT: Can you say more about the debates between Jewish artists and modernism and how some of those works may have affected you?

SB: I am particularly interested in the division amongst those artists between “naturalistic” paintings of everyday life versus embracing the non-representational modes of modernism. In some ways I am reminded of some of the debates that raged in the 1980s within feminist art practice (painting versus non-traditional forms of art making) as well as amongst black artists (positive/negative imagery versus deconstructing representations). Quite oppositional stances really.

AHT: What were the important steps in the practice of inviting others to be involved in your later work and how has that helped you to achieve what you want?

SB: The second response, as I’ve mentioned, points towards my interest in the performative body and how to manipulate the documents that come out of performative work. From Tarzan to Rambo seems to announce also my interest in the moving – or animated image. Of course, my starting point here had been comic books and references to 1930s films.

My interest in the performative has broadened out beyond imaging myself to a more socially-engaged dialogue with other people, which always brings much more to the work than I can plan for or imagine. The beauty and problem with working with others is that one cannot predict outcome.

AHT: Can you tell us about your plans for the future? What is on your agenda for the next couple of years?

SB: I always find it really difficult to project far into the future, mainly because, as I’ve mentioned before, the work that I do involves the participation of others. Therefore it is an open structure that I work with that is shaped by those who become involved – quite different to how I worked in the early days, which was very grounded in the conceptual art model of having an idea and the work follows the logic of that idea. My art practice now is much more about the negotiation of social dynamics, like The Future is Social project2 for instance, which I hope to return to, or my ongoing interest in the human voice – in particular singers and collective memory.

1. Comments by Hilton Kramer in the introduction to Abstraction and Empathy: a psychology of style by Wilhelm Worringer (1908), Elephant paperbacks, Chicago (1997)

2. www.futureissocial.co.uk  The Future Is Social project, set up by Sonia Boyce, addressed recent debates about the politics, aesthetics and quality of contemporary art made through collaboration and participation. 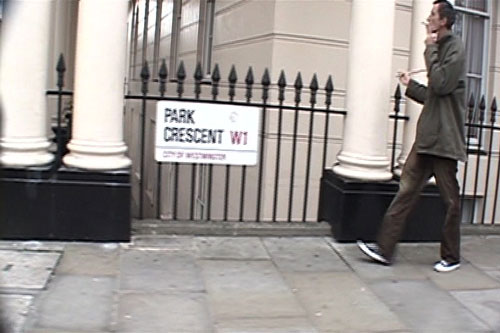 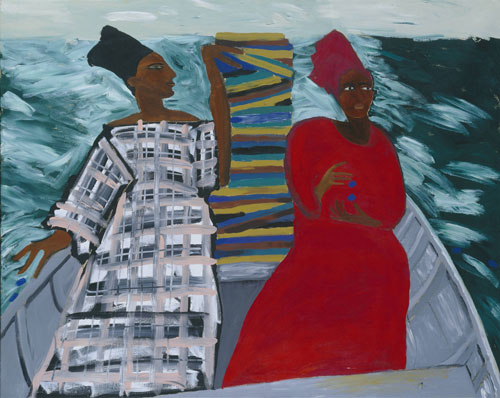 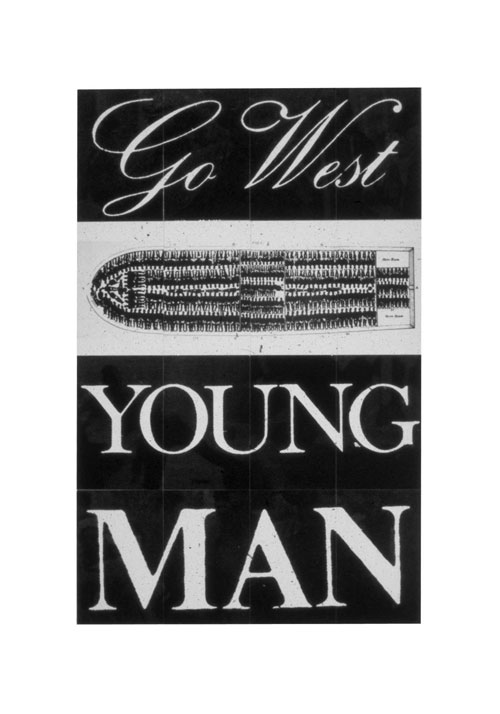 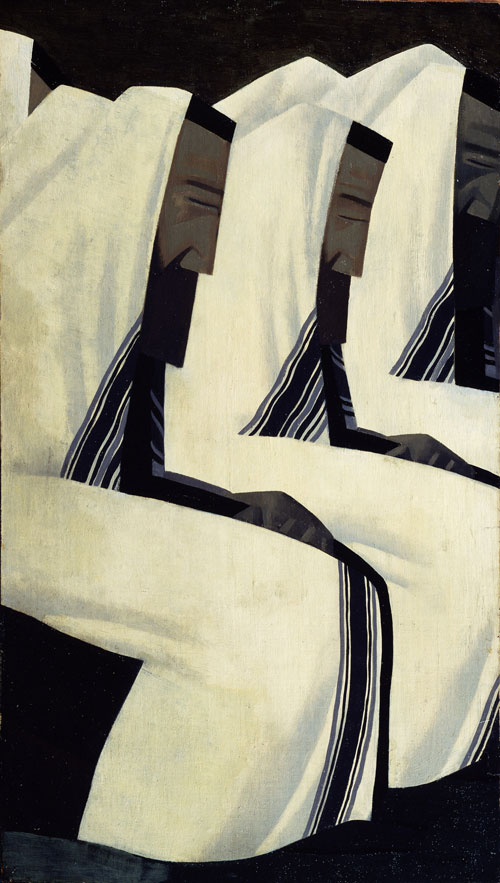 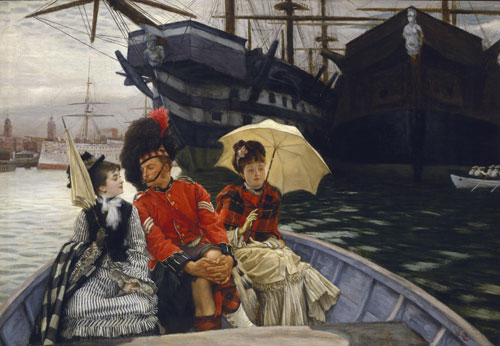