Gender inequality was one of many human rights issues that artists wrestled with at the 57th Venice Biennale, with one of the most powerful statements coming from the Irish pavilion, in the Arsenale. Here, artist and film-maker Jesse Jones has constructed a huge theatrical evocation of her own creation myth, that of the giantess

Much of Irish artist and film-maker Jesse Jones’s work is inspired by women’s rights to bodily self-determination, and she is a keen supporter of those who wish to repeal the eighth amendment to the Republic of Ireland’s constitution, which criminalises abortion. But the visual and aural cocktail she has conjured for the 57th Venice Biennale goes much deeper than modern gender politics. 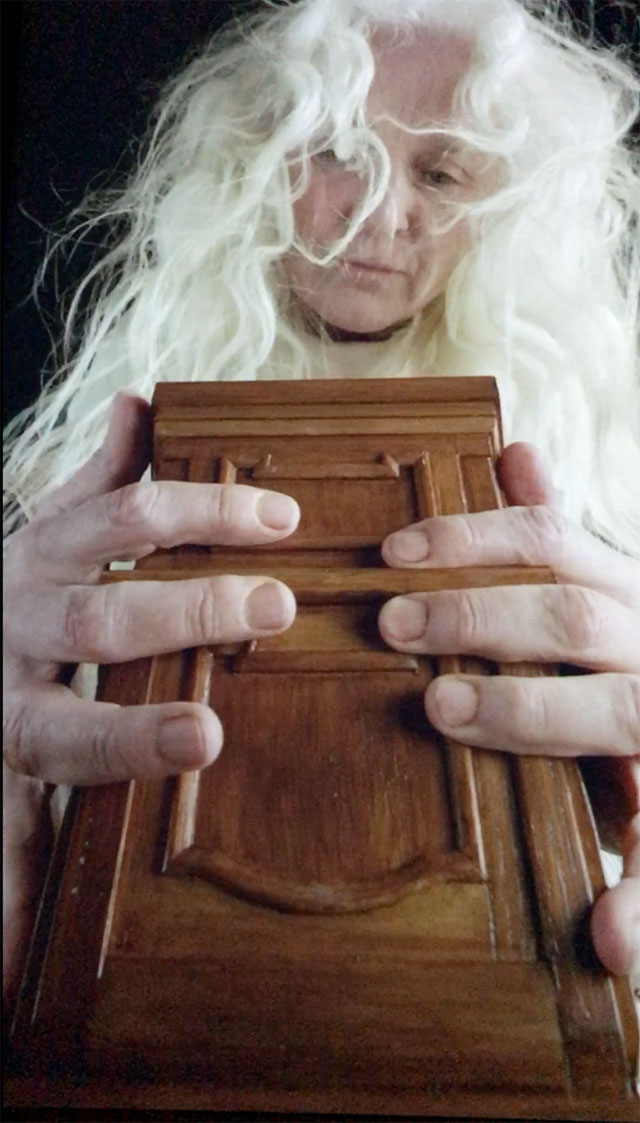 Her Irish Pavilion work Tremble Tremble is trying to rinse our conscious and subconscious minds free from millennia of patriarchal dogma, and implant a new creation myth: that of the female giantess. To work this magic, she has set a potent stage, the dominant feature of which is two huge screens on which Irish actress Olwen Fouéré appears like a figure from a Shakespearian shipwreck, at times tiny, and at others huge, intoning skin-pricklingly powerful texts that she and Jones have devised, which includes the words from a medieval manuscript for identifying and prosecuting witches, The Malleus Maleficarum, here spoken backwards. 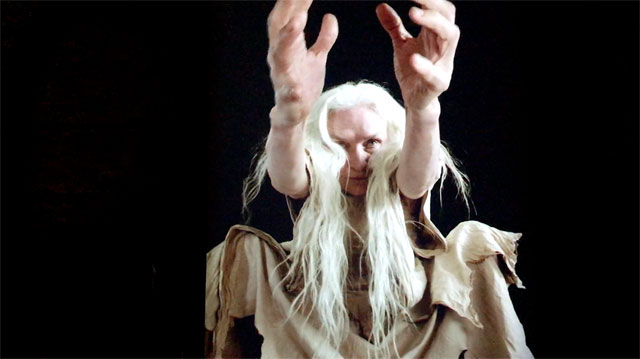 Jones developed this piece with curator Tessa Giblin – formerly at Dublin’s Project Arts Centre and now director at Edinburgh’s Talbot Rice Gallery – so that it maximises emotional and visual impact in its dark, high-ceilinged Arsenale setting. The audience is loosely corralled in front of the screens by two giant female bones, inspired by the earliest discovered bipedal “human” ancestor, “Lucy”, unearthed in the 1970s in Ethiopia. The viewing space is semi-enclosed by full-height black voile curtains, with the image of a woman’s bare arm depicted on the upper part of each one – although one is unaware of these arms until, aided by black-clad assistants, the curtains sweep along their ceiling tracks to circle the audience in a spooky embrace. 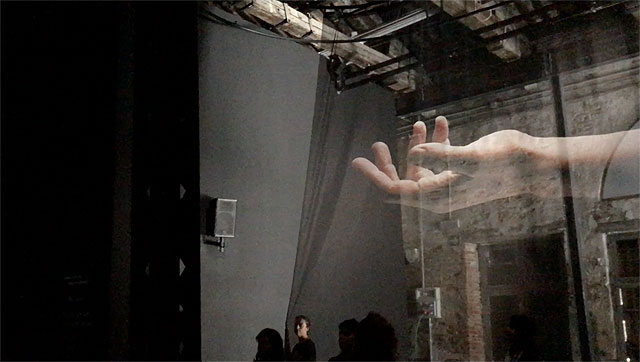 Ripe with associations of wombs and graveyards, the work feels both ancient and modern. Its title, Tremble Tremble, is taken from a women’s movement protest in Italy, from the 1970s, which called for wages for housework. It was orchestrated by the feminist academic Silvia Federici, whose book on the patriarchal appropriation of women’s bodies in order to fuel the capitalist system with workers and soldiers has had a major influence on Jones’s work. Jones hopes the title evokes “this trembling sense of being on the precipice of massive political change”. 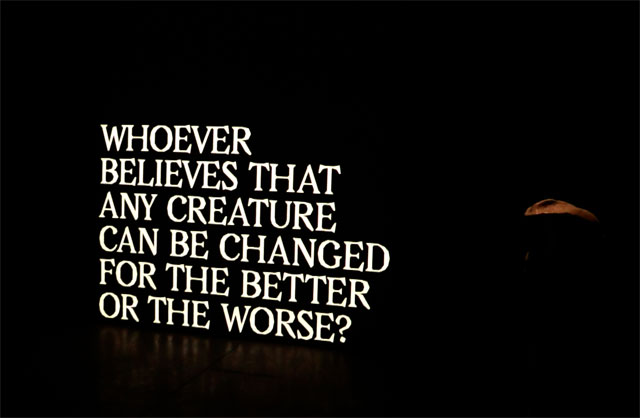 Giblin feels that Jones has really pushed herself to new levels in how her work is experienced. Says Jones: “I had wanted for a long time to stop thinking about making art as a way of displaying things, but to think about it as a way of arranging objects almost like ruins and to see how they lie and how the relationships that they set up in the world can create a kind of alchemy.”

Jones hopes the work speaks to those who are struggling to engage with a world where fake news is allowed to dictate the political agenda. People are, says Jones “very confused with this break in truth and language, and it’s a break between our bodies and our conscious minds. We have to find a way to access things that are held in our body and articulate them.”

Jones completed an MA in visual arts practice at Dún Laoghaire Institute of Art, Design and Technology in 2005 and is based in Dublin. Her Trilogy of Dust films speculate on post-apocalyptic futures, while a recent installation at Dublin City Gallery, The Hugh Lane, No More Fun and Games collages works by women from the gallery collection with a performance piece. In 2016, she worked with Sarah Browne on a piece In the Shadow of the State addressing the role of institutions in controlling and regulating the female body. It was commissioned by Artangel, Create and Heart of Glass.