UK artist Stephen Chambers talks about looking for the extraordinary within the ordinary, about the appeal of fictional kingdoms, the relationship between art and literature, and being led by his instincts to do what he ‘can’t help doing’

For his Venice Biennale presentation, UK painter and printmaker Stephen Chambers has conjured a cast of 101 imaginary courtiers, whose quietly introspective, quizzical visages adorn the white walls of the Piano Nobile of Casa Dandolo, a 17th-century palazzo overlooking the Grand Canal, much as the typical court or ancestral portraits of the “great white male” adorn the walls of Europe’s institutions and mansions. But this is not a typical court. In fact, with his selection of fictional appointments, Chambers admits he is “bringing to the high table those that are more likely to be fed in the garden shed”. 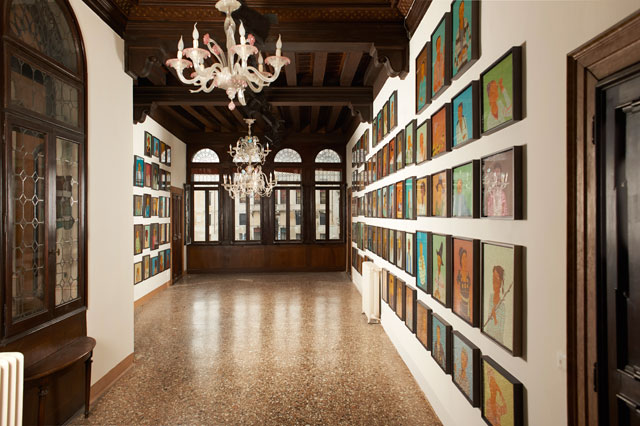 This work, The Court of Redonda – nearly two years in the making - draws on a remarkable, seemingly true story of a tiny, uninhabited island in the West Indies, called Redonda, which a passing merchant trader had the ambition to claim as his own in 1865, electing himself monarch. The title passed down to his son, who then declared that it should follow a literary lineage. From that point on, the kingship was offered to poets and writers. It was the writings of Spanish novelist Javier Marías, one of Redonda’s more recent sovereigns, and Marías’s own eclectic choice of courtiers (including film director Pedro Almodóvar and English novelist AS Byatt) that inspired Chambers with his imaginary court of 101 different ethnicities, cultural affiliations (carefully indicated by clothing and hairstyles) and professions - not just poets, philosophers, artists and writers, but also patients, pharmacists, harlots and “bums”. 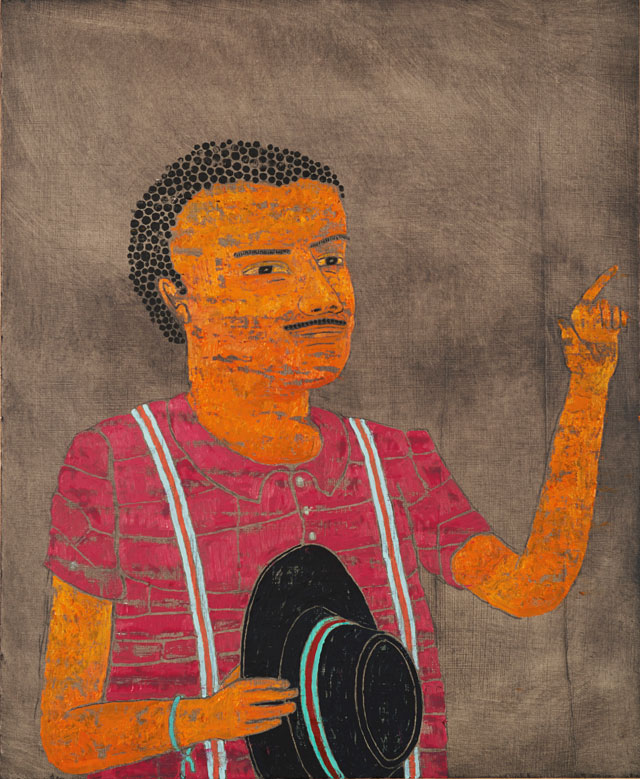 There is something very eastern about the colouring and presentation of these portraits, but largely western in their clothing and expressions – a combination that is highly appropriate to this Venetian setting, where the ancient worlds of the east and west have long collided. The beauty of these portraits is in their humanity and their lack of pomp or perfection. Says Chambers: “I wanted to avoid making any of the people particularly beautiful. (They are) not head-turningly dashing or spellbindingly beautiful. I wanted the paintings to do that but the people in them to be diverse and regular … and interesting.”

Consequently, what the work provokes is a recognition of ourselves and our fellow humans in these humble courtiers – hopefully, igniting conversations about what kind of a regime might result under the guidance of such an eclectic but unprepossessing bunch. 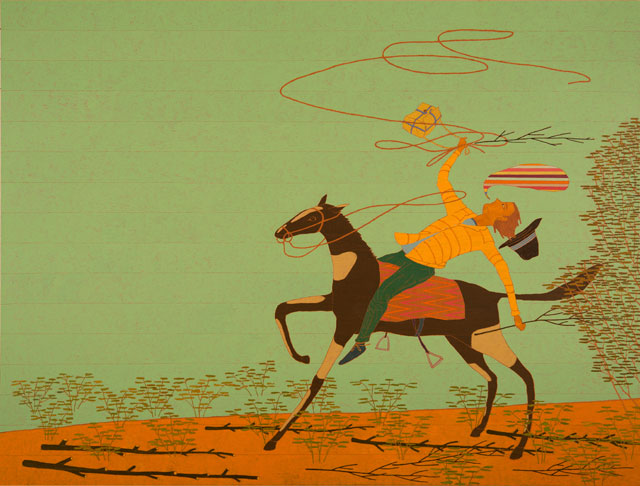 As a collateral event of the 57th Venice Biennale, The Court of Redonda is accompanied by a new triptych: State of the Nation, painted before, during and after the UK referendum: the motif of a rider balancing precariously on a galloping horse ends with him tumbling to the ground. The exquisite tones and draughtsmanship of these paintings set up an emotional tension with the unfolding tragedy, the horseman going from unbalanced to unseated to freefall in horrifying slow motion – this freeze-frame catastrophe evocative of more than just one of last year’s major political events.

Chambers (b1960) studied at Winchester School of Art, and subsequently at St Martin’s School of Art and Chelsea. His work is avidly collected and he has received many scholarships and fellowships, including being elected as a Royal Academician in 2005, and being awarded an Honorary Fellowship from Downing College Cambridge in 2016. A major solo show of print work, The Big Country, was exhibited at the Royal Academy in 2012 and also at the Pera Museum in Istanbul, in 2014, where its visitor numbers exceeded those of the simultaneous exhibition of Andy Warhol prints. 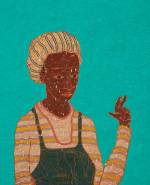