In her current exhibition at Blenheim Palace, Holzer responds to the building’s military history with more than 50 works examining the brutality of war 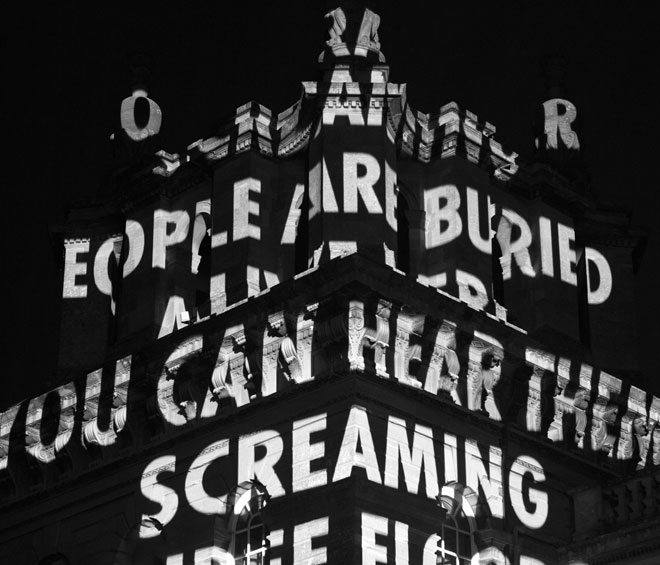 Jenny Holzer has artistically employed language for decades to question the origin of truth in society. Her famous public series Inflammatory Essays (1979-92), comprising more than 300 aphoristic texts, redefined the limits of language as a meditation on violence, vulnerability, political trends and the media. Aesthetically, these essays entangle larger societal issues with phrases such as “Fear is the most elegant weapon” and “Raise boys and girls the same way” with more ephemeral, emotive phrases such as “Protect me from what I want” and “You are a victim of the rules you live by.” Holzer’s work opens a trajectory that allows language to become embodied, visceral and lived. 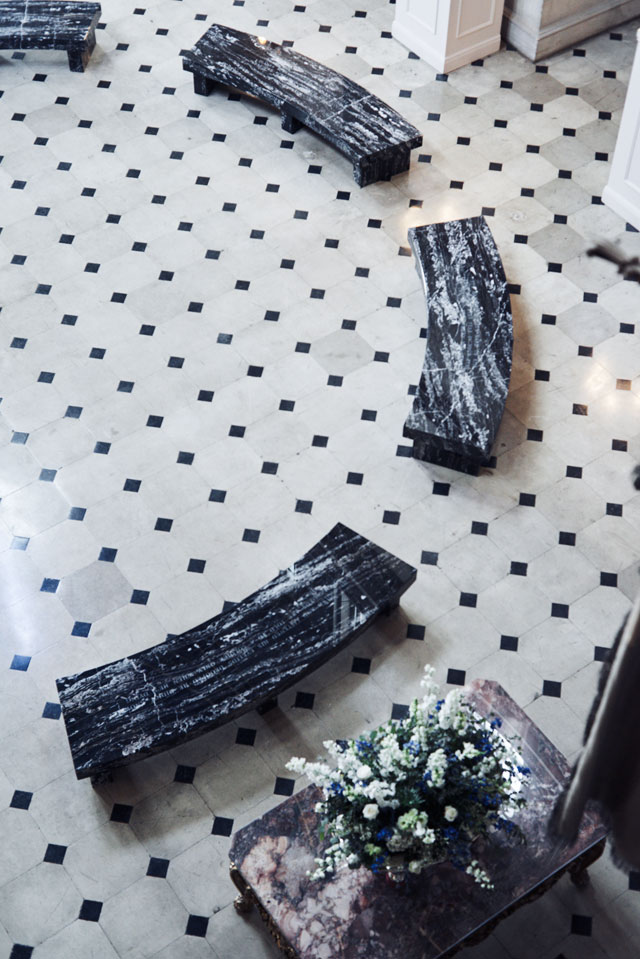 It is perhaps Holzer’s ability to use language to reflect the current political climate, aligned with the personal made political, that renders these pieces so temporal and infinitely relevant. The American artist’s current exhibition, Softer, at Blenheim Palace, Oxford, which includes more than 50 artworks, focuses her dichotomy of language on the brutality of war, conflict, the military and hidden voices. Softer is the fourth artist exhibition hosted by Blenheim Palace. Holzer’s works are exhibited across the palace and gardens, as examples of how language can expose what is most hidden in culture. 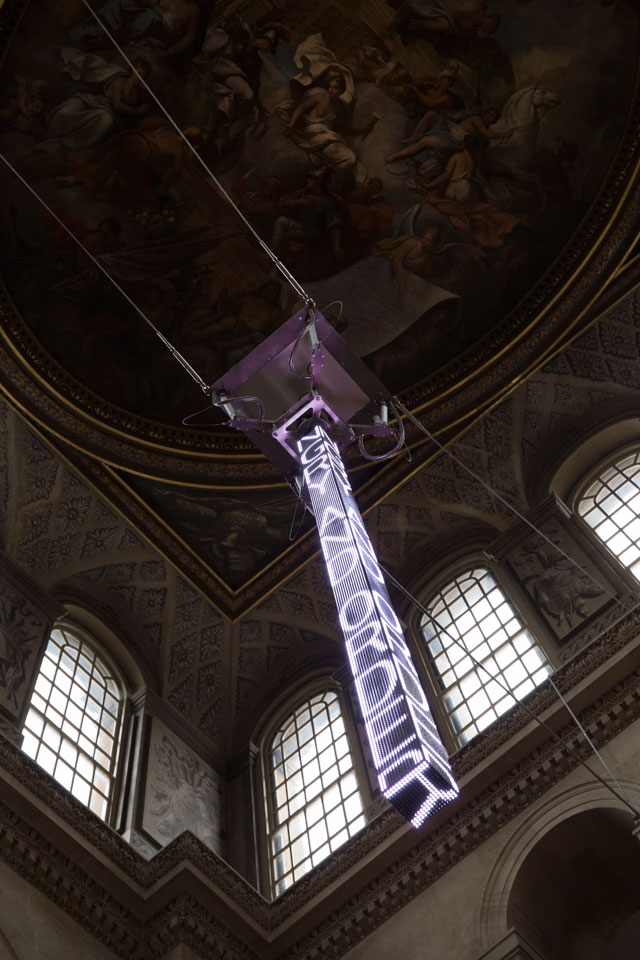 The directness of language in Holzer’s work mimics the urgent political climate it references. On arrival at Blenheim, in the Great Court and Great Hall, the first visible works are a series of stone benches. They circle an LED projection, Statement (2015), and are engraved with lines by Anna Świrszczyńska, a Polish poet who worked as a nurse in Warsaw during the second world war, joined the resistance and wrote about her experiences. The benches are an important meditation on motherhood, setting the tone for an exhibition where materiality explores and investigates the complexity and trauma of war, through a range of mediums and materials. The two artworks together create a cross-referential space for the viewer, where the neon pink light of Statement dictates the space through movement, and the benches do so in their ability to map the feng shui of the hall.

The electronic signs are poignant in their display of language, halting viewers in their tracks, diverting attention to unravelling Holzer’s loaded statements. The movement of the words found in these works present the (at times) illegibility of language and communication with the tenderness of vulnerability, moving at a steady, serene pace before the viewer. In the first room of the exhibition, Statement hangs from the ceiling, moving slightly, demanding that the viewer look up. Later, in the Long Library, the curved electronic sign named For Blenheim (2017) is placed alongside a statue of the first Duke of Marlborough, where it displays a series of phrases taken from the testimonies of UK war veterans, such as: “I had all my Afghans with me … What are you embarrassing me for?”

Further into the exhibition, a series of paintings of US military documents – CIA files related to the recent conflicts in Afghanistan and Iraq – are displayed within the palace’s baroque interiors. The Behaviour (2013), Question, Answer (2014) and the Enclosure series (2017) discuss the history of militarism through a historical narrative. The placement of the works in various locations throughout the palace acts as a reminder that historical narratives reference one another, and history has the capacity to repeat itself, particularly in relation to war and conflict. 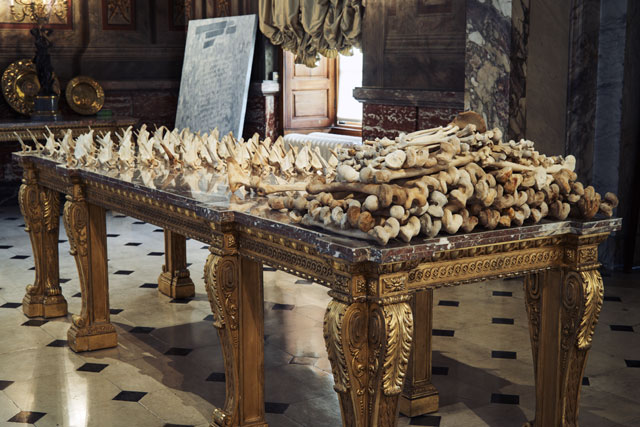 The bone installations named Still Life (2017) in the China Ante Room are perhaps the most visceral works in Softer. In 1994, Holzer began considering sexual violence against women in relation to the war in the former Yugoslavia, and a collection of human bones sits on a large gilt and marble table in the palace’s opulent saloon to symbolise war crimes. They elicit a direct reference to the materiality of the human form, while creating a sensitive, political meditation on those in society whose lives are not considered worth grieving for. Further along in the exhibition, a shoulder blade sits among china, catching the viewer off guard. It is perhaps placed there as a chilling reminder that there is a discrete experience of war.

Despite the overriding socio-political threads within Holzer’s work, it is deeply subjective. This subjectivity makes the interior narrative exterior, uniting the masses through meditations on memory, conflict, political experiences and economies. Holzer’s commission at Blenheim responds to the palace’s military history – it was built to reward the first Duke of Marlborough for his military triumphs against the French and Bavarians in the 1704 Battle of Blenheim in Germany, and was the birthplace of Winston Churchill. Holzer’s placement of these works in the grandeur of Blenheim reminds us that the brutality of war is not confined to history; in the present it still ruptures lives and causes trauma. 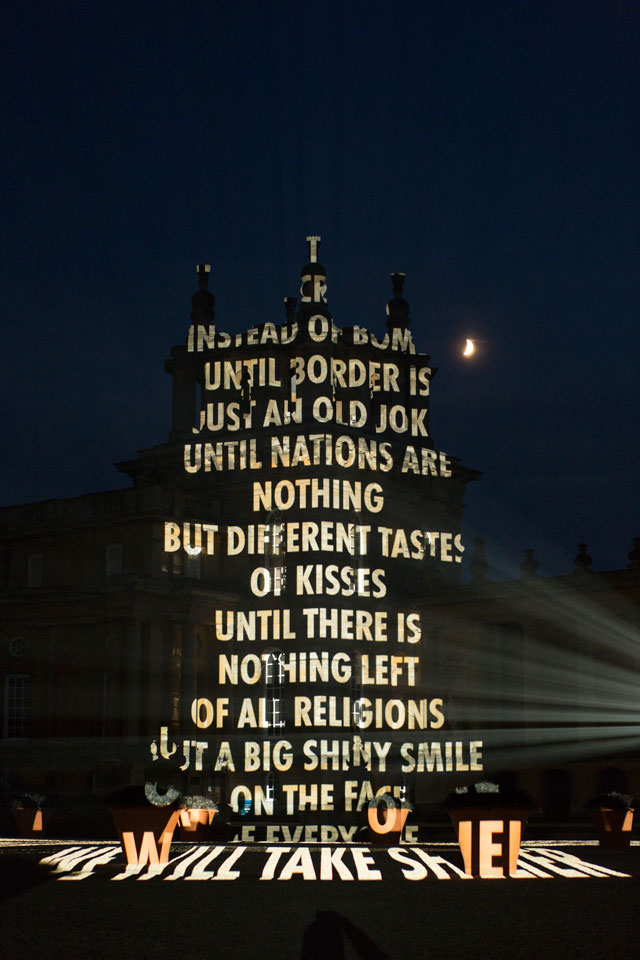 Through projecting large texts on to the building’s facades in On War (2017), Holzer perhaps best demonstrates her didactic approach to language. The projections illuminate the palace courtyard and the island in the lake. Unfortunately running only until 10 October, these projections encapsulate Holzer’s very contention of public art and collectivity. Holzer has also devised a mobile app, which visitors can use on their smartphones, that combines fragments of testimonies from Iraq war veterans, provided by the Not Forgotten Association (NFA), with lines from Świrszczyńska and phrases from Save the Children and Human Rights Watch about Syria and the refugee camps.

The combination of phrases is abstract, yet demonstrates consistent themes of reportage and factual information, which render the phrases together much like a stream of consciousness or polemic. Holzer has combined the sadness and trauma of war through the alignment of different voices that are usually ignored, in ephemeral, emotional large-scale light projections. Among the projections are black pots placed within the courtyard – easily missed among the grandeur of the palace’s gardens – demonstrating Holzer’s direct intervention in the palace landscape.

On opening the mobile app, a large dragon-monster is depicted that mimics the creature on the first Duke’s grandiose tomb. The sound installation in the Long Library also serves as an embodied persona, a voice that demonstrates that language is not always written: it can be vocal, heard and embodied. Throughout Softer, there is the feeling that such attention to voice and narrative is central to the artist’s employment of primary material in her works, as an edification for what is written in the moment, and how responses to conflict are archived and presented to an audience.

At the preview to the exhibition, when I asked Holzer how she extracted the testimonies for the voice piece in the library, and what it meant for her politically, she said: “I wanted one to be able to imagine a real person, and the voices are of lots of different people. But strangely, even though they are disembodied, they seem to be in the flesh. Whereas the projections have wonderful content and are transient.”

I left with the feeling that Holzer’s political beliefs were subtly weaved through the works, as a kind reminder that, in society, we are all part of a greater collective whole, and that the brutality of war affects individuals and the masses alike. Despite its visceral and emotive subject matter, it asks the viewer to re-examine who has the dominant voice in society, reminding us to, as Walt Whitman poignantly wrote in 1900: “Resist much and obey little.” 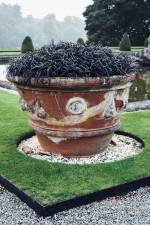 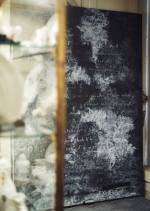