From the Vapor of Gasoline

From the Vapor of Gasoline

This exhibition is a lively collection of works from a group of impressive and challenging artists, which together tell a powerful story of the social ills affecting the US from the Nixon years to the turn of the century 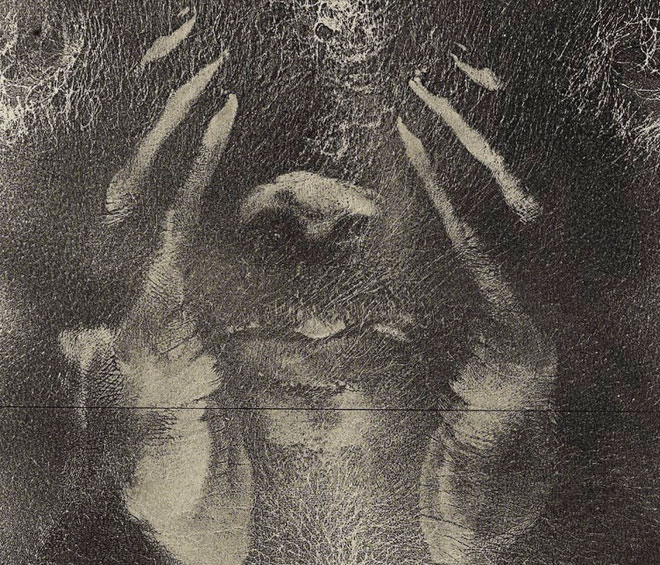 The United States of America landed a man on the moon in 1969, but has it all been downhill from there? Economic uncertainty, civil unrest and the shadow of Watergate converged to puncture the country’s lofty dream before, in the 80s, Ronald Reagan became the first president to pledge to “make America great again”. White Cube has gathered works by 12 artists, most of whom were born in the shadow of pop and abstract expressionism, which evoke a dark vision of a society in terminal decline. The topic is irresistibly timely, a canny move guaranteed to boost footfall for the gallery during the busiest period of the London art calendar.

On the surface, the 80s and 90s appear as an era of near-unparalleled US triumphalism, with a roaring economy and cold war victory close at hand. However, the story these artists tell is of a very different society, one beset by gun violence, racial and sexual oppression, economic inequality, drug abuse and the ravages of Aids. From the Vapor of Gasoline’s aims are twofold: to survey a shift in artistic perspective towards a harsher and broadly pessimistic vision, and to interrogate America’s contemporary woes through the lens of that era.

Jenny Holzer is best known for her public work, often projecting words on to buildings, billboards or LED signs. An exhibition of her art, accompanied by outdoor projections, is on show at Blenheim Palace until the end of 2017, and is more typical of the scales she normally operates in. It is surprising to encounter her diminutive plaque Someone wants to cut a hole in you … (2012) hidden in the lower lift lobby of the gallery. Its grim message – “Someone wants to cut a hole in you and fuck you through it, Buddy” – speaks for many of the other works on show, and would not be out of place in the ground-floor lobby to greet visitors as they arrive.

The shocking violence of Holzer’s plaque does not exist for its own sake: the language is purposely vague. “You” are being violated by someone unknown, the demotic, joke-like phrasing inviting us to project who or what is doing the fucking. This thread of sexual violence is picked up by Robert Gober’s unsettling Untitled (Man Coming out of a Woman) (1993-94) where a hairy, shodden man’s leg protrudes aggressively from a beeswax pelvis. However, in the context of the other works on show, a political reading of Holzer’s plaque is more fitting; that rather than men, it is “The Man” that is the aggressor.

On the opposite wall is displayed a collection of Larry Clark’s photography from the 60s and 70s, to which Holzer’s warning is a perfect riposte. Clark, who later achieved fame and notoriety for the film Kids (1995), trains his lens on American youth culture to poignant and often devastating effect, presenting an unapologetic view of poverty, drug-taking and sex. His photographs of young people suffering from gunshot wounds, domestic violence or shooting heroin find particular relevance in contemporary US political discourse, freshly preoccupied with savage and incessant gun violence, most recently seen in Las Vegas, widespread opioid addiction and general social and economic disenfranchisement of ethnic minorities, the working class and the young.

The US flag is one of the most reproduced images in the world, with Jasper Johns only one notable example of the many artists who have adopted it for their own ends. Two Cady Noland works on show use the stars and stripes: Untitled (1994) is a free-standing, rectangular piece of cheap aluminium metal with the flag silkscreen printed on to it, while her 1989 Untitled (Walker) sees the flag hanging limply off a walking frame, a clear tongue-in-cheek joke taking aim at declining American vitality. This impression is augmented by Gober’s Drain (1989) and Untitled (Drain) (1993), bathroom drains mounted on to the gallery walls as if emptying the room of can-do spirit. Elsewhere, Noland sends up another archetypical American symbol in Cowboy Bullethead Movie Star (1990), while Robert Mapplethorpe’s double-exposure of a dollar bill positions the icon of US economic power in ambiguous isolation, an icon of power and domination rendered indeterminate and translucent. 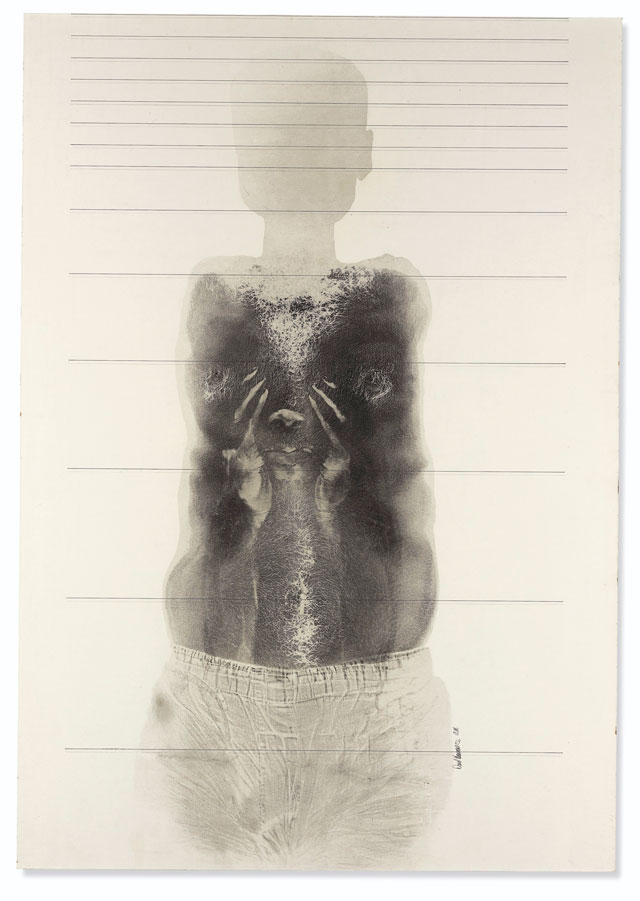 David Hammons picks up the flag in Untitled (Body Print) (1975), in which he uses his own body to mark the canvas. Draped in the flag, Hammons calls to attention the ambiguous relationship many African-Americans have with their country, which all too often acts as an agent of oppression and bodily harm. Another such print, Injustice Case (1970) – currently on show at Tate Modern’s Soul of a Nation – shows the tied-up African-American victim of a miscarriage of justice ironically framed with the stars and stripes. Institutionalised violence is also taken on by Noland, whose Rail (1989), a scaffold pole affixed to the wall with two pairs of handcuffs attached, is a haunting reminder of the US’s continuing industry of mass incarceration.

Jokes are often considered to be a window into a society’s preoccupations, and a generous selection of work from Richard Prince brings its own strange form of comic relief. Prince stencils jokes, often lifted from copies of the New Yorker, on to monochromatic painted canvases. Throughout his career, Prince has raised intriguing questions about the line between plagiarism and “recycling”, recently running into controversy for exhibiting (and selling) large-scale printouts of other people’s Instagram posts. Their odd decontextualisation forces us to consider these bland, well-worn, Seinfeldian jokes in new, ambiguous lights. Similarly, the joke-like formulation of Holzer’s plaque, or the childish violence of Bruce Nauman’s flashing neon Double Poke in the Eye II (1985) helps to expose the hidden racial, sexual and violent impulses underpinning archetypical US humour and idioms.

From the Vapor of Gasoline is a success, but not necessarily on all terms. The exhibition is a lively collection of works from a group of impressive and challenging artists, many of whom have influenced and worked with each other in the past, such as Holzer and Barbara Kruger, or Hammons and Nauman. Together, these works tell a powerful story of myriad social ills affecting the US from the Nixon years to the turn of the century, and offer inspiration to a contemporary generation of artists looking to make new lines of inquiry.

However, today’s artists, while facing many of the same US psychoses excavated here, must also reckon with new phenomena. Social insularity, cultivation of personal celebrity and a relativistic approach to facts and fictions are among a panoply of cultural trends if not created then at least accelerated by online communication, among other factors. Kruger’s Untitled (Cast of Characters) (2016) is the only work to address these new developments head-on, with its laundry list of “types” of people gesturing towards a kind of self-categorising identity politics that has risen to the fore in US culture in recent decades. It is perhaps worrying that Christopher Wool’s direct and assertive works speak to our own zeitgeist most directly: his message of Riot finds many sympathisers in the febrile atmosphere of contemporary US politics, while Hole in Head – displayed right behind Noland’s bullet-riddled cowboy – is a rather apt metaphor for many people’s collective experience of Donald Trump’s presidency. It can sometimes feel as if we are in Andrei Tarkovsky’s Zone now: perspectives are buckling and nothing seems as fixed as it once did. From the Vapor of Gasoline offers a startling look at how we got here.