To measure the imprint that a century of abstract art has left on society, culture and politics, Adventures of the Black Square at the Whitechapel Gallery collates artwork from every corner of the globe

Following an exhibition in Moscow in 1933 titled Fifteen Years of Artists of the Russian Soviet Federated Socialist Republic, the formalist avant-garde artists were heavily criticised, the journalistic hand falling hardest on the geometric abstraction of a certain Kazimir Malevich. Their work was seen to have “led them nowhere, and into nothingness”, “memorable in its, so to speak, curious tragedy”. One review, published in the journal of the Art Workers’ Union, claimed that the non-objective abstraction of artists such as Vladimir Tatlin, Aleksandr Rodchenko and Lyubov Popova had created a fated art, one that “terminated in an artistic dead-end, Malevich’s Black Square”.1

Taking this work as its starting point, Adventures of the Black Square: Abstract Art and Society 1915–2015 at London’s Whitechapel Gallery aims to challenge this view head on. Tracing the influence of abstraction through society and politics over the past century, the exhibition stands in ardent defence of the artistic practices of Malevich and his contemporaries, an ambitious attempt to corroborate his rebuttal from more than 80 years ago that “the Black Square is real life.”2

Ambitious is a key word here. While Adventures of the Black Square is arranged chronologically, directed by four key themes – utopia, architectonics, communication and the everyday – the exhibition showcases more than 100 works by 100 modern and contemporary artists from across the world, ranging from Argentina to Lebanon, something that makes it very hard to review. This is not helped by the fact that the precedents set by the Black Square itself are those of suprematism, and are intentionally open to interpretation. Suprematist art was anti-utilitarian and anti-materialist, work that disavowed icons of both the state and religion, existing exclusively unto itself. In these works: “Nothing is real except feeling … and so feeling [becomes] the substance”.3 In lieu of the actual Black Square, Malevich’s Black Quadrilateral, which opens the exhibition, represents the possibility of a new beginning through a complete erasure of the past. The featureless panel consumes constraints, cliches and taboos, leaving nothing behind but an open field of, well, nothing. And what can be built on nothing? Anything.

The first room houses a design by Theo van Doesburg for a small cafe in Strasbourg, a series of monochrome photographs of Vladimir Shukhov’s hyperboloid broadcasting tower, which was erected in Moscow in 1919-22 during the Russian civil war, two designs for a loudspeaker by Gustav Klutsis, a Russian artist and propagandist executed by Stalin in 1938, a series of rotating photographic self-portraits by Hungarian artist Dóra Maurer, and Southern Cross (1969-70), Brazilian artist Cildo Meireles’s thimble-sized cube of pine and oak, which is set next to the towering fluorescent tubes of Dan Flavin’s 10-ft tall ‘Monument’ for V Tatlin (1966-9). From the political to the public to the psychological, in this room alone, the sheer volume and range of the exhibition is evident. It is demonstrative of the manner in which geometric abstraction, and the possibilities for creativity that it presented, so rapidly swept across the globe. But what is truly impressive is that, despite the multifaceted nature of the work and the geographical and temporal range, each of these works is unified by a common desire to shake free from the burden of history and say something new. It is a veritable nexus, but one that firmly holds Malevich’s tabula rasa at its heart.

This diverse approach to variation on a single theme is somewhat lacking in the two second-floor galleries that house a collection of later works. While scale grows and the technological advances of the past 20-odd years become more evident, the influence of Malevich’s painting is still perceptible. The problem is that it is too perceptible. Works such as Rosemarie Trockel’s Cogito, ergo sum (1999), Angela de la Cruz’s Shrunk (2000) and RH Quaytman’s (Schwarze), Chapter 24 (2012) do not simply allude to Malevich’s work by way of incorporation of philosophy, but instead demonstrate a visual indebtedness that is not as blatant downstairs. They directly replicate the physical black square and, in doing so, almost miss the point entirely. It is as if the principles of disavowing history and capturing real feeling on which suprematism was based have also fallen victim to the overwhelming darkness of the square. If they have not been erased completely, then they have at least become a little blurred. Passing the works of Jenny Holzer, Klara Lidén and David Batchelor, each of which presents a neutral space formed via the redacting of information, it is difficult to decide whether these works represent reinterpretations, or simply dedications.

Adventures of the Black Square has other blemishes. First, Malevich’s Black Quadrilateral opens the show with little context, as if it were a work of immaculate conception that drew no influence whatsoever from cubism, futurism, or indeed the flattened planes that were left in the wake of the first world war. Second, bar two late collages from Iranian artist Nazgol Ansarinia, work from the Middle East is entirely overlooked, regardless of Islam’s long history of producing non-representational artwork. And finally, there are certain noticeable omissions: Bridget Riley, Frank Stella, Marlow Moss and a host of artists who exhibited at the Last Futurist Exhibition of Paintings 0.10 (1915-16), the event that hailed the birth of suprematism. These issues are, of course, somewhat insignificant, this analysis somewhat pedantic. Every exhibition will have constraints, just as every exhibition will have flaws. What is important is taking the work you have and creating beneath it a discernible, fluid and relevant narrative, and, for the most part, Adventures of the Black Square succeeds in this.

While the later galleries return rather literally to Malevich’s Black Square, this does not validate the earlier critique that the work represents an “artistic dead-end”. The final piece of the exhibition is from Texas-born artist Adrian Esparza. Leadlight (2015) features a serape – a woollen Mexican shawl of bright, striped colours – hanging from a nail in the wall. To the left of the wrap is a literal demonstration of deconstruction. Esparza has drawn out the individual strands of wool and rearranged them into a large geometric design. It is a beautiful, delicate work, and one that can also be used as a metaphor for the entire exhibition. Esparza, like every artist represented here, is taking a concept, one that initially appears to be complete, and unpicking it piece by piece to create something new; construction through complete destruction. Adventures of the Black Square illustrates over and over again just how important abstraction has been to the development of art, society and politics over the past 100 years. It has provided a level playing field, one in which comment is not reliant on, or hindered by, what came before, but is free to take any shape or form that it may desire. Regardless of medium, scale, or indeed quality, each work is a testament to the fact that Malevich’s Black Square did not represent a point of conclusion or the death of painting, but rather a new, democratic beginning from which we continue to reap the benefits. 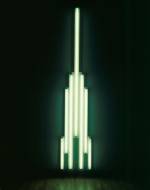 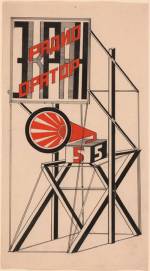 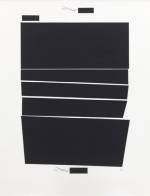