Jennifer Wen Ma: ‘With the pandemic and the turbulent political situation, the work had to be more reflective, it had to bind up wounds’

Jennifer Wen Ma: ‘With the pandemic and the turbulent political situation, the work had to be more reflective, it had to bind up wounds’ 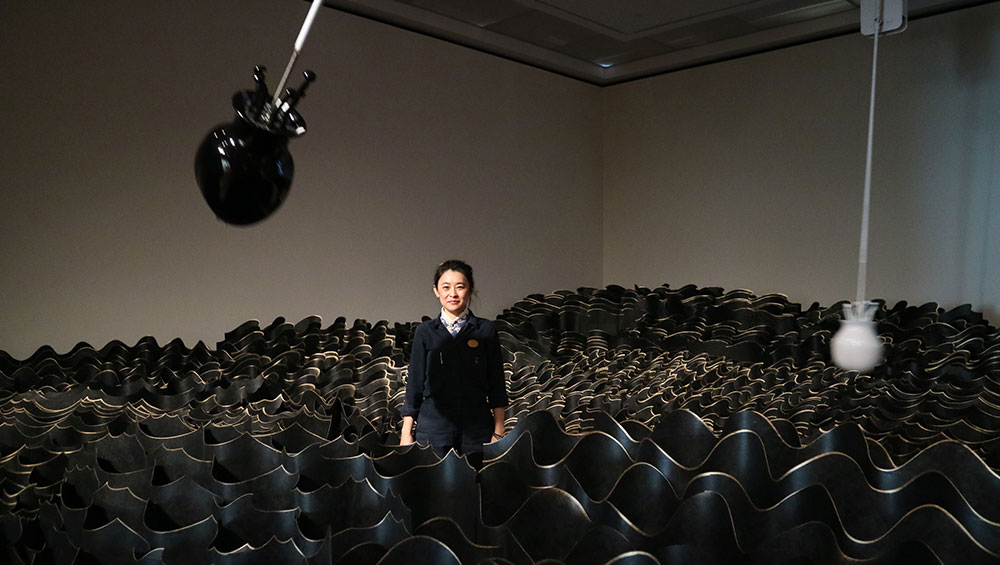 Jennifer Wen Ma (b1973, Beijing) is a multidisciplinary artist whose practice includes installation, video, drawing, public art, performance, theatre and more. In recent years, Ma’s projects, dystopic and utopian, have become increasingly encompassing, participatory, and responsive to their locations, viewed through a social, political and environmental lens. An Inward Sea, her exhibition at the New Britain Museum of American Art, continues in that vein, reflecting on long-festering injustices and racial discrimination, as well as the unprecedented global pandemic that has devastated lives everywhere. Ma exhibits widely and was a member of the creative team for the 2008 Beijing Olympics opening and closing ceremonies.

In addition to An Inward Sea, other current exhibitions include Kaiwu at the Musée de l’Hospice Comtesse, Lille, France, and Garden of Resilience at the Delamar Hotel, West Hartford, US. Forthcoming projects include a permanent public installation at MGM Cotai, Macau, in 2022. Ma works and lives between New York and Beijing.

The following is an edited conversation between the artist and Lilly Wei.

Lilly Wei: How did An Inward Sea come about?

Jennifer Wen Ma: I began to speak to museum officials in the spring of 2019 and was formally asked to do a project at the New Britain Museum of American Art in April of that year. Preliminary discussions with the now former director Min Jung Kim [recently appointed director of the Saint Louis Art Museum] started about six years ago, but they were informal. We had spoken about October 2020 as the probable date, the centennial year of women’s suffrage, and my show would be part of its contemporary artists series, which featured two artists annually, each show lasting about six months. For this year, as the Year of Women Artists, they scheduled two women back-to-back. I submitted a proposal in January 2020.

LW: Just a couple of months before the Covid lockdowns.

JWM: Yes. The museum had to close, and the project was postponed indefinitely. But it wasn’t cancelled. Eventually, when the museum reopened in the summer of 2020, I was given a new time slot, in May 2021, and this time we were able to open.

LW: Did your ideas change during that intervening period?

JWM: Yes, radically. I had envisioned a very different landscape at first. I saw hundreds of glass globes swinging in a randomised manner, crashing into each other. I felt super-optimistic in 2019; I felt empowered, and the work I originally proposed showed that. It was confrontational, unpredictable, and it reflected agency. But in 2020, with the pandemic and the turbulent political situation, it was the complete opposite. It became a time of volatility, vulnerability, and my first ideas were no longer appropriate. The work had to be more reflective, healing; it had to bind up wounds.

LW: The postponement gave you time to rethink?

JWM: Yes, I needed that time. I wasn’t sure I could come up with a new idea – sometimes you need more distance. And so much was uncertain during March, April and May of last year. The Covid rates were so high, the hospitals strained beyond capacity, the streets empty, George Floyd was murdered. The world was in a different place. It seemed to me that the most important thing was to live in this moment, and to relate the work to it, to acknowledge it. At the back of my mind, I had an image of the black pendulum. That had to stay. But I didn’t want it to be crashing into anything. 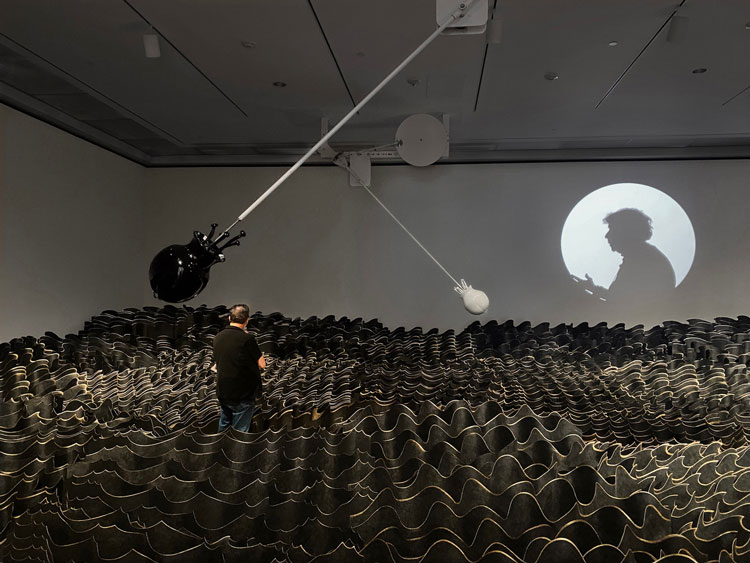 LW: How did the image of the sea come up?

JWM: I live close to the East River and, during those months, I often walked there, to see the water, to watch its waves and the countless reflections gilding its surface. I would think about its tremendous power, including the power to soothe, and about water’s many metaphors and associations. So that became the second component in the new work.

LW: And the title?

JWM: I had thought of this installation as a mindscape while conceiving it. The title comes from Howard Thurman’s book Meditations of the Heart. I’ll read it to you. “There is in every person an inward sea, and in that sea there is an island and on that island there is an altar and standing guard before that altar is the ‘angel with the flaming sword’. Nothing can get by that angel to be placed upon that altar unless it has the mark of your inner authority. Nothing passes ‘the angel with the flaming sword’ to be placed upon your altar unless it be a part of ‘the fluid area of your consent’. This is your crucial link with the Eternal.” His writing was a guiding light for me during some dark times this past year. And when I read this, I was struck by its imagery and thought it was the perfect summation of what I was trying to do.

LW: And the interviews that you included in the revised project?

JWM: That was the last piece of puzzle: the community outreach. I thought of the sea, and with that the moon. But more as a spotlight at first and as a dramatic device to focus on the individuals and give them pre-eminence. And it worked well with the landscape, seascape. It’s a spotlight, but also a moon, a perfect circle of light. In previous works, I had done some community outreach and I had interviewed people, but I didn’t put their words into my work in such a direct way. It seemed natural this time, to learn how other people experienced all this –there were so many stories across different media platforms – and for people to talk about their experiences could be very healing.

LW: What do you like about the installation form, since it has become one of your primary modes of expression?

JMW: I like it because it’s immersive and multifaceted and can create a space that changes the expectations of viewers and takes them out of a mundane place into something more experientially fantastical while at the same time they are connected to the actual world. Or, at least, I hope so.

LW: Would you sum up the three parts of your installation?

JWM: The pendulum refers to the swing, the social and personal shifts, the two globes, black and white, are complementary, two bodies in motion in relation to each other. I think we’ve never been as acutely aware of our physical relationship to other people as we are now: six feet away; three feet, more, less. For me, I feel a sense of release in the swing, although others might feel somewhat threatened.

The anchor is the seascape and is the art historical component of the piece. It refers to Chinese landscape painting, but in three dimensions. I created it using paper that is strong enough to stand up on its own, a method I invented and have used for years. I lay out the seascape as if I’m composing a painting, the blackness of the turbulent sea a metaphor for the uncertainty of the times, the black dense, weighted. The gold edging the waves makes the surface lighter, like light on water, emphasising the cut paper’s hypnotic, meditative rhythms. 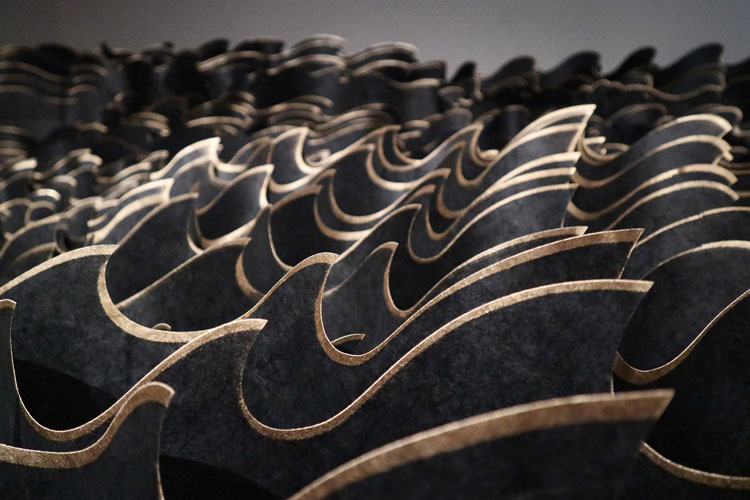 The moon, or spotlight, with the silhouetted people speaking about their individual experiences during this past year and more are a collective and therefore like the drops of water that make up the sea. Is there anywhere in the world untouched by Covid? I did multiple recording sessions over three months and I worked with an oral historian, Nyssa Chow, from Trinidad. That was so helpful; it shifted my perspective, my approach so much and in unexpected ways. It gave the interviews more weight. I learned so much about how to talk with people, but mostly I learned how to listen. Nyssa helped me understand how to create a space so the people I was interviewing could be the author of their own stories. It’s their truth that you are searching for and supporting. She compared this process to a full basin of water that was filled to the brim. And the people who are telling you their stories come to you with two hands holding that basin and you add your two hands to it to steady it and you go where they are going, you go with them so that not a drop is spilled.

The most interesting are the complicated narratives – I don’t know if the speaker is fully aware of what they are saying to me and I need to listen carefully to excavate what is being said, what is true, what is really meant. We edit – from an hour down to six to 10 minutes and for the projection in the spotlight, the moon, it’s between 10 and 45 seconds. The website will have longer recordings, but that is still a work in progress. One man, who is black, and works with disadvantaged children and juvenile offenders who are also black made so many qualifying statements that I realised how complicated his relationships are with the police, the authorities and the kids. One of the things he had to teach them was to be compliant so that they would remain safe. When asked about social justice, and how he felt about it, he said, for his own sake, he couldn’t carry that kind of hate. 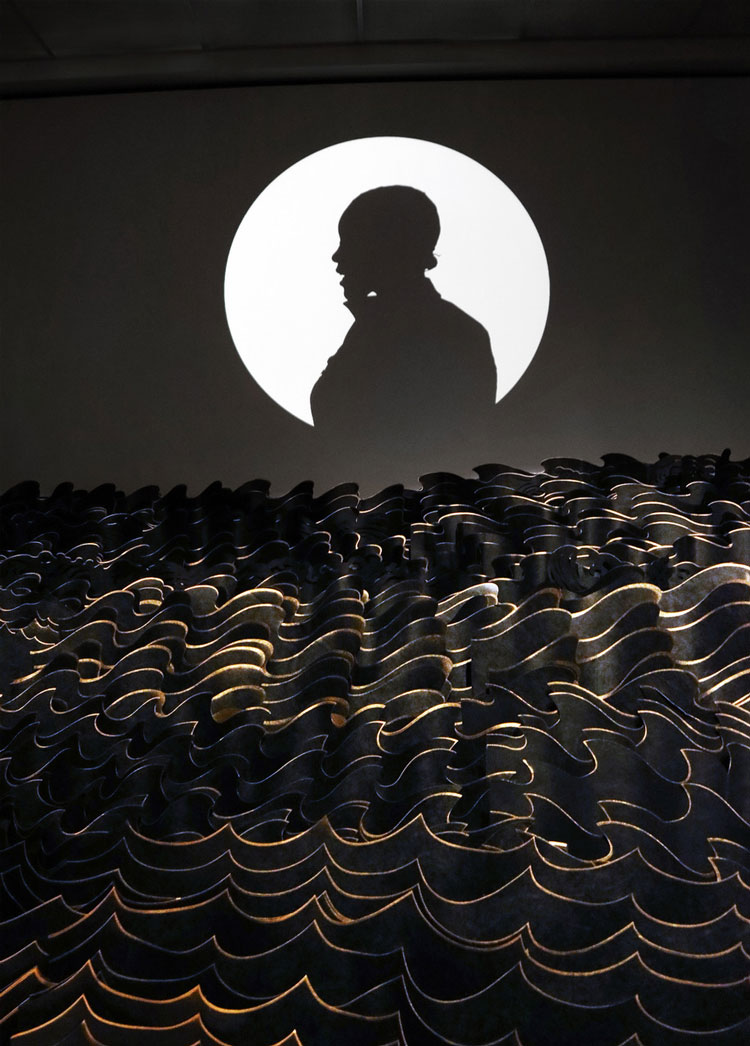 LW: Why did you silhouette the figures?

JWM: The black and white profiles are strong graphic images, resembling 19th-century silhouette portraits, capturing the speakers’ likenesses while obscuring enough to shield their identity and preserve their privacy. That allows them to speak more freely about their stories of anxiety and trauma, and about their experiences in the community. The audio and video recordings of local residents will culminate in a database of personal and collective histories for the city of New Britain and the New Britain Museum of American Art.

LW: How has all the racial injustice that has been brought to the forefront during this very turbulent year affected your thinking about identity, about being Chinese, or Chinese American?

JMW: I surprised myself about how emotional I was about the Atlanta shootings that killed six Asian women. I was angry about the killings, but the tipping point was the media’s coverage of it. I have been educating myself about race issues in this country for some years and I felt I was an ally of other people of colour, of the Black Lives Matter movement, of LGBTQ issues, and other marginalised communities. Racial injustice wasn’t a surprise. But the shooting and the reporting brought it home to me in a visceral way. It brought out years of trauma living as an Asian American woman in America. I was quite aware that I was invited for certain panels and other projects because of tokenism. Sometimes it was in the role of a woman, sometimes as an Asian, an Asian woman, as a visual artist, and so on, and I accepted it as an opportunity to speak about artistic and other issues. But this surge in Asian hate made me even more aware of how much more work there is to do before racial bias is erased, and equity and justice is served. 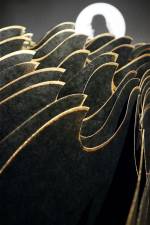