The idea of the small habitable space has long fascinated architects. As long ago as 1972 Joseph Rykwert had written a scholarly, in-depth historical study of The Idea of the Primitive Hut in Architectural History.1 Much later in 1972, Nold Egenter developed a research series on architectural anthropology2 which drew new paths for architects from his own discipline, but not unaided by Rykwert’s work. Now running through Curator Abraham Thomas’s catalogue Introduction one also finds clear reference to the highly relevant work of Juhani Pallasmaa.3

One is also minded of the famous Hutte of the artist and supreme collagist Kurt Schwitters isolated on its North Norwegian island of Hjertoya, on a hillside, where he famously took refuge from the Germany of the 1930s before being going on to Britain in 1940.

A small inhabited space, which he of course transformed without breaching its small-scale embedment in the landscape. Fortuitously this month, Chisenhale Gallery, London, is hosting an exhibition4 inspired by Schwitters' Hutte, involving some seven artists, five of whom had taken part in a Norwegian-based research project; the exhibition is now entitled: 27 Senses, which was the opening line of Schwitters’ love poem to one Anna Blume.

Thomas does not dwell over-much on the depth of precedent (one can also include the house of the philosopher Heidegger which he built for himself in a German forest), given the constraints of space but the exhibition both of the 19 submitted models and related drawings, and the selected seven full-scale built examples resonates with what went before. The seven built examples are cunningly located in strategic corners of the ground floor galleries mostly. The best initial overview still involves viewing all the models on the 4th Floor Architecture Gallery. Here for example one can inspect Australian architect Sean Godsell’s pavilion, possibly over-long for setting up in the Museum. Yet, a more than equal volume, was vertically constructed by the Finnish/Norwegian combine of Rintala/Eggertson. Their Book Tower Ark fills a space at the bottom of the National Library stairs, free-standing with walls comprising hundreds of shelves holding literally six thousand or so books, accessed by their own spiral stairway, incorporating on each level a discrete reading cell. The spines of the books face on to the stair thus creating a blaze of colour and typography, in total contrast to the all-white exterior grid. The timber source material is drawn from the forests of Finland.

Another Norwegian-based firm of architects, Helen and Hard, from Stavanger, grace a sunlit corner diametrically opposite the usually crowded outdoor cafeteria in the John Madejski Garden. The so-called “raw space” created reminds one of the arboreal preference, expressed in Italo Calvino’s tale, “Baron in the Trees”.5 Several ash trees were cut along their extent into two pieces and then erected by planting them face-to-face. There is an otherworldly, stripped out quality about the structure, which is curiously inviting to the visitor, still a “handwoven” compilation of some fascination.

Conversely, the Japanese architect Terunobu Fujimori, has created a house embedded inside a tree, an emblematic tree-house on a landing up steps from the Medieval and Renaissance Gallery, overlooked by stone carvings – a kind of Grimm’s Fairy Tales’ construct, (yet somewhat harassed by Health and Safety considerations inevitably). There would have been a smouldering fire on the level above, finally accessed by (mandatorily bare-footed) visitors up a ladder. It is, nonetheless, as “Beetle’s House,” conspicuous for fire-tarred timbers with a pitch-black exterior, and internally combines elements of the Art Nouveau “Ingle Nook” with the Japanese Tea House. It was partly assembled by Royal College of Art students. In realistic social contrast again in the neighbouring Cast Court, Indian architect Bijoy Jain’s Studio Mumbai has established a series of constricted spaces, home to a family of eight, as a paradigm for the crowded dwellings that exist immediately behind their architectural studio. A variety of usable spaces, not excluding one for reflecting on one’s lot, these multi-functional spaces are both places of refuge and multi-disciplinary for the whole family. The structure is ambiguous, the spaces are intimately proportioned, cast between abstraction and nature; accidental reality becomes open to personal interpretation. It remains above all a refuge, free of consumer pressures, yet about spatial deprivation.

Also within a “paracentric” frame, Anna Heringer from Linz, Austria expressed in her project (not constructed) an, “infinite” vision of summer. (With Elke Roswag she had created a handmade school in Vienna, of straw roofs and jute rope.) Also not selected was the project of Edinburgh architects Sutherland Hussey. This was an extremely elegant representation of the essence of a forest floor, interpreting the dappled light of sun through foliage by means of an overhead, tectonic canopy. Through this there filtered flickering light through the layering of well-articulated structure.

The final surprise is created by Rural Studio from Newbern, Alabama. Entitled “Woodshed”, it is set up in the Porter Gallery accessible close to the main museum entrance on the Cromwell Road. This simple mono-pitched timber structure is constructed entirely from hardwood forest thinnings. Here is a structure so simple and singular that it offers the power and humility of an elemental form. Moreover the thinnings are highly economic in terms of sustainability, costing only £2 per metric tonne.

All of the schemes constructed or unconstructed referred to above can be seen to be representative of the whole 19 invited to submit. The logistics of “paracentric” global design and exhibition played their part in to some extent predicating what went up. One wonders which project Kurt Schwitters would himself have chosen if he had had the chance. This reviewer’s hunch is that Studio Mumbai’s spaces would have most satisfied the 20th century’s best collagist, providing that he could have had direct access to Rintala and Eggertsson’s nearby book shelves in their “Ark”, and did not suffer from Vertigo. Inspirational but secure refuges characterise both. This is a superb exhibition, appropriately laid out throughout the galleries, and one which will also inspire students as well as the general public.

3. Pallasmaa, Juhani, The Eyes of the Skin: Architecture and the Senses, London, 2005. 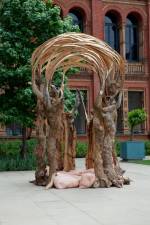 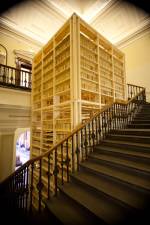 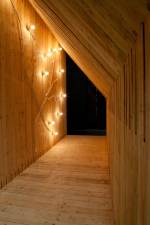 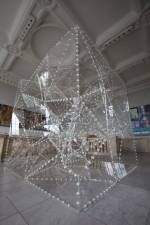 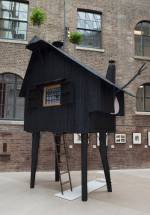 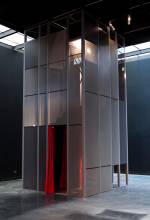