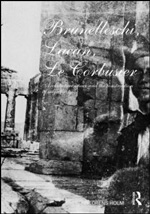 Architecture, Space and the Construction of Subjectivity

Subtitled Architecture, Space and the Construction of Subjectivity, this book is an important new addition to the discourse, and theory of architecture, art, and visual studies, as the publisher rightly avers, and not merely architecture. The author pursues the issue of subjectivity and in the process reconsiders the longstanding role of visualised perspective, as a technique for three-dimensional replication of buildings such as has been an important tool in architectural presentation from the 15th century until the later 20th century. The key pretext perhaps for the whole argument is the critique of architecture offered by Jacques Lacan in his numerous treatises on psychoanalysis and visual space. Holm develops his own thesis here by investigating these manifold observations by Lacan on subjectivity. Indeed Holm, with his own earlier background in philosophy, is well equipped as an academic architect to broach new ground. And the book’s structure is cannily centred around the central section, where Holm uses Lacan as an Interlocutor in the argument.

The author is however also to be credited with a notably hands-on approach to Brunelleschi’s experiments, taking his own set-up photographs of the view from the Duomo entrance towards the Baptistry (presumably after momentarily clearing tourists from the site with the co-operation of the authorities). Brunelleschi’s 15th century experiments in perspective in Florence are invaluable here, as previously investigated by Professor Martin Kemp in Science, Non-Science and Nonsense: The Interpretation of Brunelleschi’s Perspective in Art History (1978).  Holm has acknowledged all this and reproduces Kemp’s own diagrams of perspective here to good effect.

As regards Holm’s key example, the nave of Brunelleschi’s San Lorenzo in Florence, Holm is succinct in his analysis, and comments critically on Gombrich’s insistence that perspective is the natural way of seeing. He refers by contrast to Wittkower’s comment that apparent results of perspective, such as the convergence of items such as entablatures towards the altar just “look” as if that is the case. That look “is real in the image” and he takes Wittkower to task for not pursuing this finding beyond its mere stylistic implications.

Architects became disabused of the traditional convention of perspective in the later 20th century. Most notably Sir James Stirling and James Gowan doyen of architects in Britain in the 1960s and through to the 1990s, turned to the measured device of the axonometric or isonometric drawing instead, with significant following by other architects. This technique predisposed architects well, in due course, to computerised presentations. In painting, the conventions of perspective were also largely defunct by the 21st century, except in the hands of an exceptional architectural painter such as Ben Johnson who has painted many of the buildings of Norman Foster. However, perspectival vision had largely been dismantled by Cubism. By contrast, De Chirico used a form of disjunctive perspective in his surrealist townscapes. Holm himself uses two paintings by Edward Hopper to demonstrate an inside/outside sense, having an appropriately psychological bearing, as paradigms of the relation of spatial structure and psyche.

Generally in the book structure, the author usefully interposes Lacan between Brunelleschi and Le Corbusier. Lacan of course correlated perspectival painting as well as perspectival drawing, seeing both as organised around what he called “emptiness”. These are primitive modes, and Holm’s appraisal here is
psycho-analytical. Turning now to another theorist of the 20th century, Bruno Zevi, the Italian architect-historian, Holm wastes no time in dispensing with his spatial arguments, but is more cautious in his appraisal of Gombrich’s art-historical standpoint (interesting to recall that Ernst Gombrich had indeed nominated Martin Kemp as his “successor” in art theory). Le Corbusier is analysed when his first encounter with the Parthenon is interpreted by Holm as “his encounter with himself”. This key and subjective confrontation – a dramatic mise-en-scene – places the Parthenon as seen to haunt Le Corbusier for the rest of his life. In this respect Holm, given his early background in philosophy, wisely relies upon Lacan to explain Le Corbusier in ways never previously extrapolated. The self-effacing, or blown-away photo-image of a bemused youthful pre-Le Corbusier figure before the newly impacting and monstrous presence of the ancient Parthenon temple nowadays develops an iconic status, reflected here in Holm’s own somewhat iconoclastic discourse on Le Corbusier for the 21st century reader.

It is important to emphasise, as the publishers rightly do, that this book is a contribution not only to architectural theory but to art discourse itself. This is no less true of its value towards film studies. As for example the Russian film-maker Andrei Tarkovsky has said (venting his own somewhat Russian frustration perhaps) on location for the film Nostalghia in an all too idyllic Tuscany: “Italy is a country still without the ability to understand perspective and proportions. They have no sense of depth perception,” exclaimed Tarkovsky. Indeed, when filming his Nostalghia* in that country he typically went to great lengths to deconstruct the regular columnation of the crypt of a chosen location, the Etruscan/Romanesque church of San Pietro in Tuscania, having the actual columns in the crypt resemble a randomised forest rather than a regular architectural grid as existed. Cinema and video today can indeed provide fresh confirmation of the value of Lacan’s thinking.
It is to be hoped that Dr Holm’s forensic but revealing discourse can be extended to this and other directions at issue in the 21st century.

This book is a scholarly contribution to contemporary art and architectural theory, and links historical and renaissance theories of perspective to recent theories of subjectivity, on the basis that perspective still can still hold a role as the paradigmatic form of spatial consciousness This is different from the purely representational tool it formed for architects until mid-20th century alternatives became more widespread. Their revision of this apparently mandatory tool was timely, and Holm’s new study is revelatory.