The authors of this book are the landscape design practice STraum a. based in Berlin. Kristin Feireiss is an important author and curator in the European architectural field and her introductory essay ably sets the context for this compendium for “the century of the city” as she also calls it: Passion City. This is concerned with the movement in urban landscape design of this first decade, and seeks to enlist support from the erstwhile protagonists of the 20th-century city with all its legacy of dystopia. The “compassionate” city is the corrective and revision, which the three partner authors in this venture, Stefan Jackal, Katrin Klingberg and Tobias Micke (all Berliners) have cultivated through well nigh 40 projects across the world. As a young practice, like Gross Max in Britain, they have led the way, one based on greater multi-disciplinary collaboration between urban planners, architects, and landscape architects. Their focus, as Feireiss is keen to emphasise, is to create “vibrant open spaces of lasting value”. And they also reveal a close affinity with contemporary art perceptions and preoccupations of today.

It would be misguided to see this survey of the group’s 40 projects, mostly completed, as a promotional tool of the genre common in architectural publishing. The practice-led research, which is demonstrated through the various schemes, is exemplified through the numerous wide-ranging case studies, none of which are formulaic in response to site, non-site, and context. The examples are drawn from numerous German cities such as Berlin, Munich, Lubeck, and as far off as New Orleans. Creating “Space to relax” is a favourite preoccupation, with a garden for Sochi by Russia’s Black Sea, for Dessau, Hanoi in Vietnam, Qatar and Reykjavik. As a result of this global spread, the practice, STraum a. has produced a range of original work, none of which can be typified. This work comes at a timely point opening the second decade of the century and points the way for both landscape architects, and indeed architects, in a field where many are still uncertain where landscape can go. 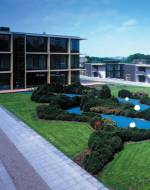 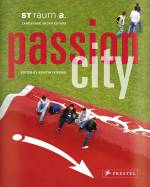