This masterly exhibition has been organised with the support of, and in co-operation with, the Federal Chancellery of Austria and the Ministry of Culture of the People's Republic of China. It is the brainchild of the architect, Professor Hans Hollein, who curated it from Vienna in liaison with the Director of the National Art Museum of China, Beijing. It represents a long affair between Austria and China on cultural matters, and the Chinese authorities are to be complimented on their perspicacity and understanding for seeing it through. It follows an initial exhibition in Shanghai in 2001, covered by Studio International. Like its predecessor there, it is superbly designed and presented and is accompanied by an excellent catalogue, with Chinese and English texts, as well as a German-English edition; again the result of close collaboration between the two nations. Professor Jin Ling, as Chinese Co-ordinator, is due a special mention here. Key figures in the preparation and organisation were at the National Museum of China, Beijing, Director Fan Di'an, and at the Guangdong Museum of Art, Guangzhou, Director Wang Huangsheng. The Chinese Minister of Culture, Sun Jiazheng, has always valued the creative aspect of architecture and building and the high esteem in which architecture has been held in China, both historically and in the 21st century.

Hans Hollein curated the exhibition himself, as the most distinguished practising architect and teacher in Austria, and for decades now a leading world figure in both architecture and visual arts. In his introduction to the catalogue, Hollein refers to the free-dimensionality in the architecture of space, which characterises the new architecture, but he also refers back to a past precedent. The focus on Austrian architecture, well illustrated in the catalogue, provides a survey of this precedent in Austria from the medieval to the baroque age, and a representative survey that then runs through the 19th and 20th centuries. This is followed by seven key sections, each devoted to a different aspect of the 21st-century architecture of Austria and including appropriate references to the developing links with China. For a small nation such as Austria, with a population of around eight million (compared to that of China's one thousand million, 306,313,912), size has no bearing on achievement in relative terms. There is evidence here of the degree to which, after decades of diplomatic and cultural exchange, all these initiatives are now at last bearing fruit, not only for Austria, but also Europe. It is also significant that Austria, as the key member of the Austro-Hungarian Empire (including what is now the Czech Republic, Slovakia and Hungary, as well as Austria) and China herself had in common the advantages and disadvantages of being empires. Recent commentators have referred to the extent to which Mao-Tse-Tung is known to have admired so-called 'modern' architecture. His disregard for historical architecture was perhaps a result of ideological standpoints.

The sections on historical precedent here remind us of how the semantic, sculptural and cultural aspects of Viennese developments in architecture reflect on aspects of a city which became, like Paris, Florence and Rome, important as a centre of exchange for Europe as a whole. The question arises as to whether, in China or in Europe, cultural icons in architecture, such as the Forbidden City, Beijing, or St Stephen's Cathedral, Vienna, can live in harmony with contemporary architecture. Quality in spatial disposition, design and 'placement' in relation to precedent and environment remains of the highest priority. This, perhaps, is the lesson that Austria carries to China, notably in Shanghai and Beijing. Hollein does not dwell on the area around St Stephen's Cathedral, yet in designing the Haas Haus shoppng centre and restaurant in the late 1980s, straight opposite the monument, he himself achieved an exemplary installation, totally complementary to the ancient cathedral. It is important in key locations to provide a complementary backdrop to the icons of the past, but not one that is self-effacing. Such lessons can only be proved by reality, on site. From Baroque Vienna to the surge of opulent and expressive design of Secessionist Vienna, as displayed at the turn of the 19th century, such issues were critical in the work of Otto Wagner and Adolf Loos. Next came the socialist housing of the Karl Marx Hof also in Vienna: before the surge of brilliant talent swept across to the USA, as exemplified by Schindler's Lovell Beach House in Los Angeles, and the contemporary house designed in central Vienna by the philosopher Ludwig Wittgenstein. The ensuing sculptural/architectural essays of buildings designed by Wilhelm Holzbauer, Walter Pichler, Gunther Domenig and Coop Himmelblau, all key motivators in the later 20th-century development of architectural thinking represent, for Chinese sensibilities, a genuinely experimental process, involving manifestos and discussions, which formed a turbulent period - a kind of cultural revolution by stealth. The product was the architectural wave, led by Hollein himself, which swept across Europe. In the 1970s, the buildings of Guenther Domenig and Hans Hollein shook conventional foundations to the core.

A nation such as China cannot fail to be inspired by European works like 'Volcania', the new European Volcanology Park in France, by Hans Hollein (won in a major competition), as they search there for new concepts to house their own superb collections from history. The continuing fluidity and sculptural diversity of contemporary Austrian architects has struck a chord in Shanghai, Beijing and Guangzhou, and will duly help in the liberalisation of deep-frozen ideas in China. Maximilian Fuchsas and the British designer, Zaha Hadid, are also included in the survey in respect of their work in China, offering new interpretations of the typology of 'blocks'. The buildings of the Americans Greg Lynn and Steven Holl have also deserted the mainstream vulgarity of American ad mass design in all its complacency and materialism, providing visitor and interpretation centres that open the eyes. In rapidly expanding Chinese cities, Dominique Perrault's re-interpretation of the 'point block' formula itself can inspire future builders and developers in China.

A separate section of the exhibition focuses on the opportunities posed in Austria of the single-family house, which may well take on a new life in China. Yet a further section of the exhibition is devoted to the works of Austrian architects Rainer Pirker, already engaged with Chinese clients, or in competitions there. The 'Heaven's Seal Culture Club' proposed for Nanjing offers new solutions to the intricate question of buildings in relation to their close surroundings, and what is 'site' and what is 'non-site' in a hilly topography. Rainer was himself earlier a special advocate of the form of Chinese cities, in his book The World as a Garden - China, with its particular focus on courtyard houses there.

This exhibition comes as special witness for those outside the China 'loop', of how a determined but confident Austria has penetrated Chinese traditional cultural preserves and reservations, and opened a mutually beneficial creative dialogue. This is now leading on to significant construction projects, as well as to greater mutual understanding between Austria and China about what really constitutes sculptural architecture, itself the apotheosis of blandness. In the European engagement with China, Austria is, by stealth and diplomacy as well as enlightened talent, now in pole position. 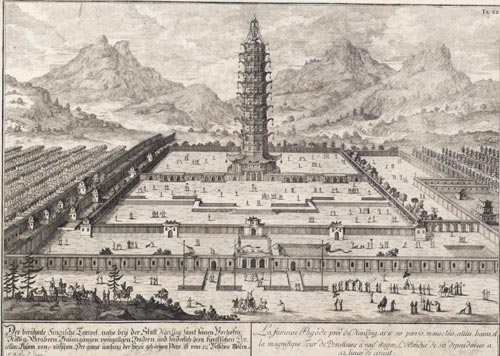 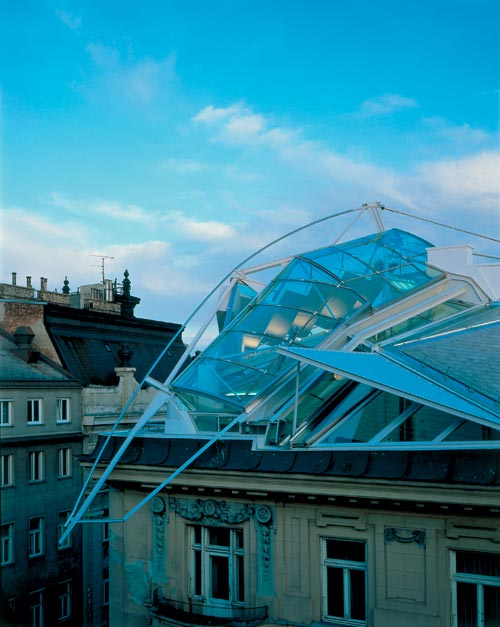 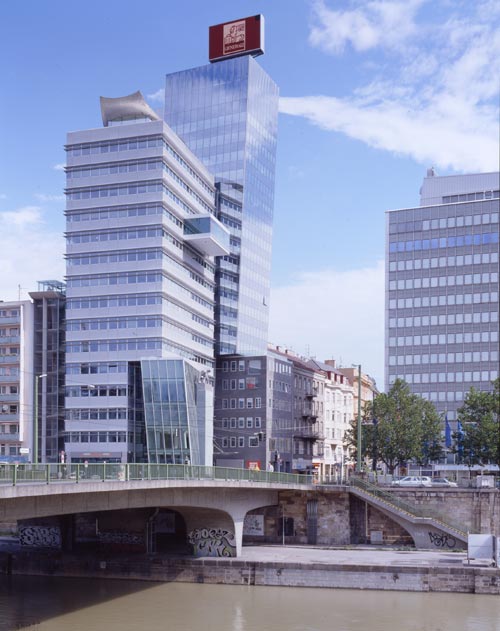 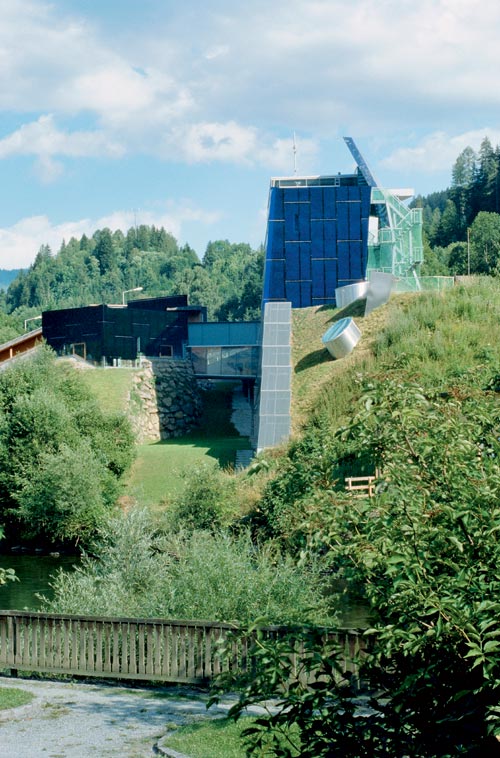 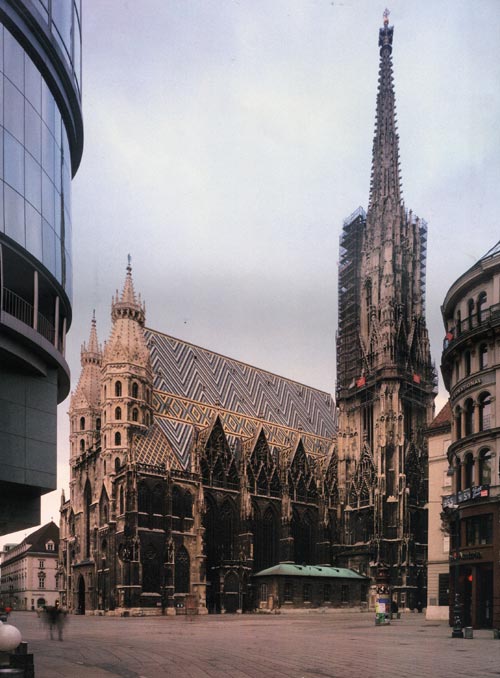