Alvar Aalto: Through the Eyes of Shigeru Ban

Alvar Aalto: Through the Eyes of Shigeru Ban

A retrospective exhibition of the architecture of Alvar Aalto in central London is extremely timely. It is now almost ten years since the major exhibition was organised in New York at the Museum of Modern Art, marking the centenary of Alvar Aalto.

The Japanese architect Shigeru Ban has now carried out a well-timed re-appraisal, as from a fellow architect two generations later. Architectural scholarship is increasingly infrequent nowadays in the hands of architects themselves - more conventionally this is the territory of critics and historians. The precedent of Colin Rowe, Kenneth Frampton and Robert Maxwell, all originally trained as architects, has not been followed here to the same degree. So Shigeru Ban brings a clear understanding of many of the attributes of Aalto that are often overlooked or missed. He is backed up by the wisdom and historical perception of Juhani Pallasmaa, architect-philosopher, who contributes a major article to the book/catalogue, entitled 'The Human Factor: The Evolution of Alvar Aalto's Philosophy and Design'. Pallasmaa's career developed during Aalto's last years, so he is very well qualified to discuss the growth of Aalto's oeuvre. There is also a thought-provoking new article by Professor Sir Colin St John Wilson RA, the British architect who has done most since the 1960s to extend understanding in this country, overrun with often uncritical adulation for Le Corbusier, and to a lesser extent Mies Van der Rohe. In the 1930s, the British writer and critic Philip Morton Shand had introduced Aalto to pioneer modernist architects in England and organised an exhibition in Piccadilly of Aalto's furniture designs, but it seems by the post-war years this impact had mostly been lost.

The brilliant writer and critic, Colin Rowe, is a case in point. A Le Corbusier devotee for most of his career, it was only in his last few years that he realised the importance of Aalto. Just prior to his receiving the Gold Medal of the Royal Institute of British Architects in 1995, a former student, James Tice, persuaded him to visit 'One of Aalto's last and most beautiful buildings ... the Library at Mount Angel in Oregon', as Wilson describes it. Here close by the Western seaboard of America, so remote that few have visited it, Rowe was himself deeply impressed by Aalto's work, to the extent that he enthused about Aalto at some length in his Gold Medal address. Perhaps this conversion was significant of a broader reappraisal, in the modernist context, of where latterly Aalto truly stood. Aalto's position and stature has since risen notably higher in the annals of 20th century architecture and design, notably in comparison with Walter Gropius and Le Corbusier.

Shigeru Ban's exhibition here at the Barbican Art Gallery, on Level 3 of the Barbican Centre, reveals all this and more. Ban is due particular credit now for including Aalto's revolutionary AA-System Houses (1937-45), partly sprung from collaborative work at the Massachusetts Institute of Technology (MIT) in 1940 when Aalto undertook a research fellowship there. The system developed further in Finland on his return, and included the newly available insulation technology of the 1930s, which permitted a frame of high thermal insulation. Pallasmaa has, earlier in his own article, referred to the very conventional architectural character of these houses as, 'Surprisingly traditional and rustic, considering the modern character of Aalto's other work' and he both 'speaks of Aalto's unique capacity to adapt his architecture to the requests of his clients and to the nature of each given task,, but presumably it also reflects some degree of disillusionment with the modernist idiom'. Shigeru Ban, in the early 21st century context, rightly considers that Aalto's venture into prefabricated housing systems is especially relevant in the context of post-tsunami reconstruction and disaster rehousing. It is interesting that in the post-war context, Aalto played down this housing, which is not mentioned in the three-volume complete oeuvre (1978). This is perhaps understandable given the emphasis on modernist masterworks. Goran Schildt allows it a rather more significant prominence, in his Alvar Aalto:TheComplete Catalogue of Architecture, Design and Art from 1994. With Shigeru Ban today, the importance of the AA housing is realised, even if it represents an 'architettura minore' in Aalto's own hierarchy. Such innovative housing, in the contemporary context of a search for a sustainable architecture, now becomes relatively more important. For Aalto's reputation, it is his prescience and consequent evaluation of basic humanitarian needs, including the psychological factor in community reconstruction, that come as highly commendable.

The exhibition is replete with superbly detailed models, accompanied by original drawings wherever possible. The furniture and light fittings that he had designed through his oeuvre furthermore form a subtext or sub-exhibition of their own, demonstrating Aalto's evolving concern with the human factor in his work. This lightness of expression and deftness of touch in all of the work surmounts the heaviness of the British modernist design of the 1960s characterising the Barbican galleries: indeed there is an argument to be made here that these gloomy catacombs can be seen as forming a total contrast, strengthening rather than overpowering the displays and models. The curators here have exercised great skill in manipulating the lighting of all drawings, models and furniture full rein. That having been said, it is always hard to find the best venue for an architectural exhibition, with so many inherent obstacles plaguing the curators and designers. One must congratulate Curator Kate Bush at the Barbican for fulfilling the potential of this important show.

Today, there are so many aspects of Aalto's work that are more and more relevant to students, teachers, and practising architects as the 21st century wears on. He emerges perhaps as the key protagonist for what was good from the idealism of the 20th century. He evolved in his working philosophy, but can now claim a leading role in what Colin St John Wilson has defined as The Other Tradition of Modern Architecture: The Uncompleted Project. Without Aalto, indeed, it would be much harder today to formulate such a canon. Although restricted of necessity to some 15 projects in this exhibition, Aalto's range and his significance is so wide (and here focusing on some five typologies) that only a token selection by a major architect and thinker can give a clear idea of what the full compass achieved. The Viipuri Library in Finland is the only one of the numerous major libraries that Aalto executed in his long career. But one must agree with Wilson that the Benedictine Library at Mount Angel was one of Aalto's 'last and most beautiful buildings'. This, perhaps, was a regrettable omission from such a comprehensive scan. Otherwise, the survey by Shigeru Ban is complete and hopefully will lead on to greater public awareness of this Finnish master's special contribution to modern architecture. 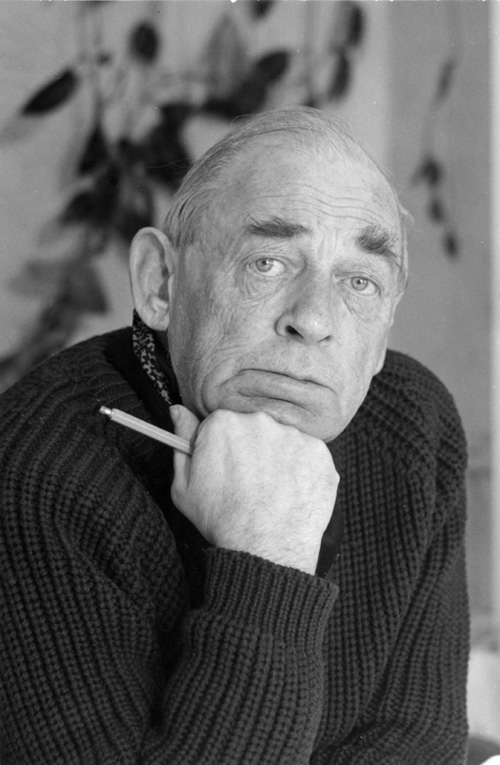 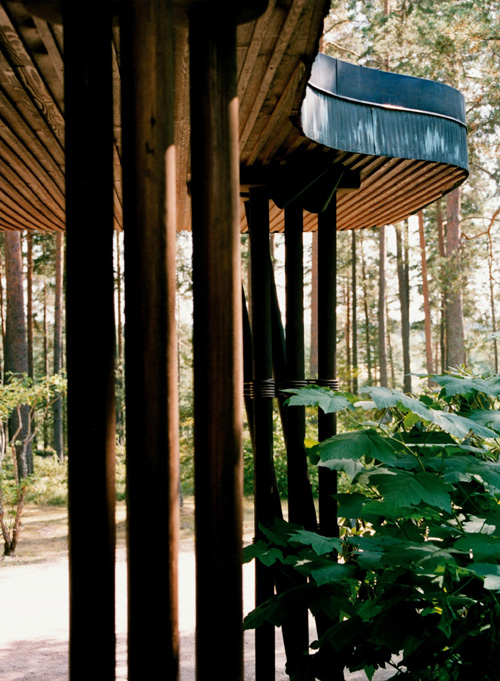 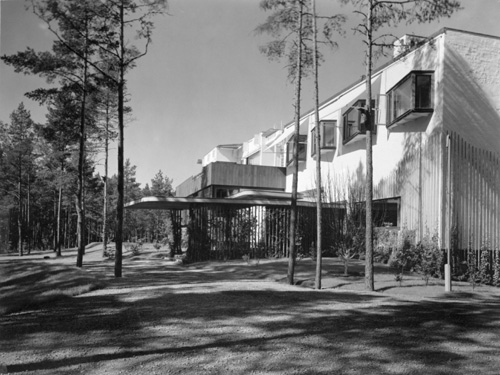 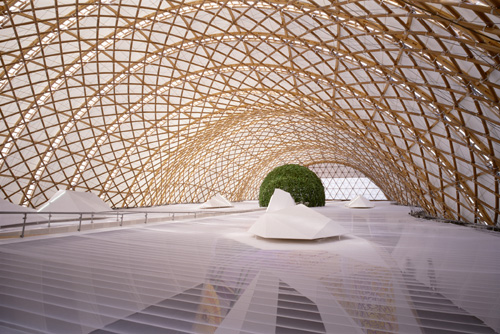 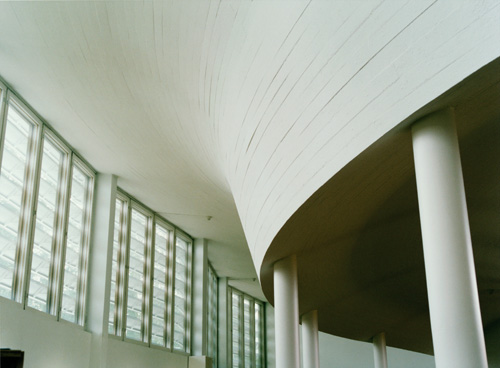 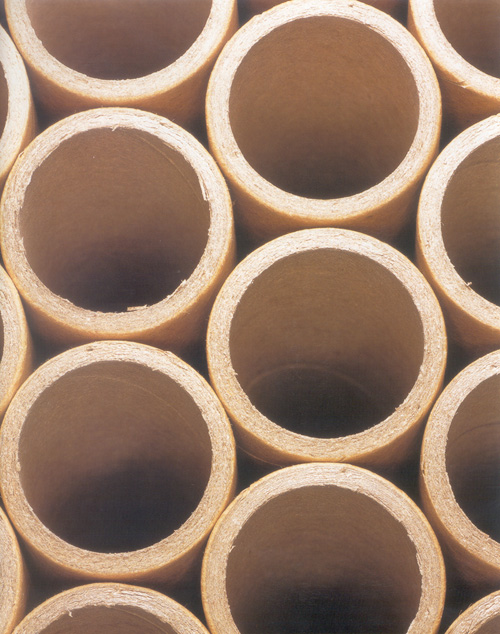 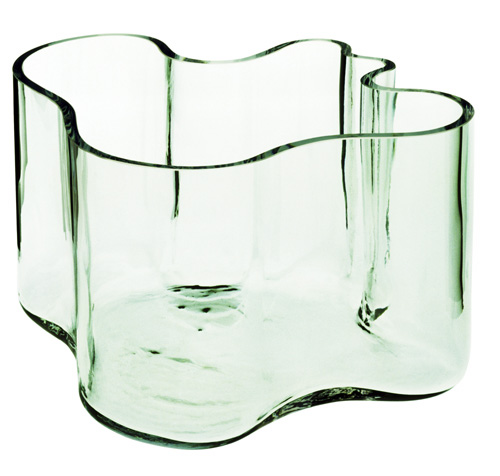