This inspiring retrospective at the Whitney captures the sensuous resonance of Brazilian artist Hélio Oiticica’s work, allowing visitors to immerse themselves in the life-affirming spirit of his oeuvre 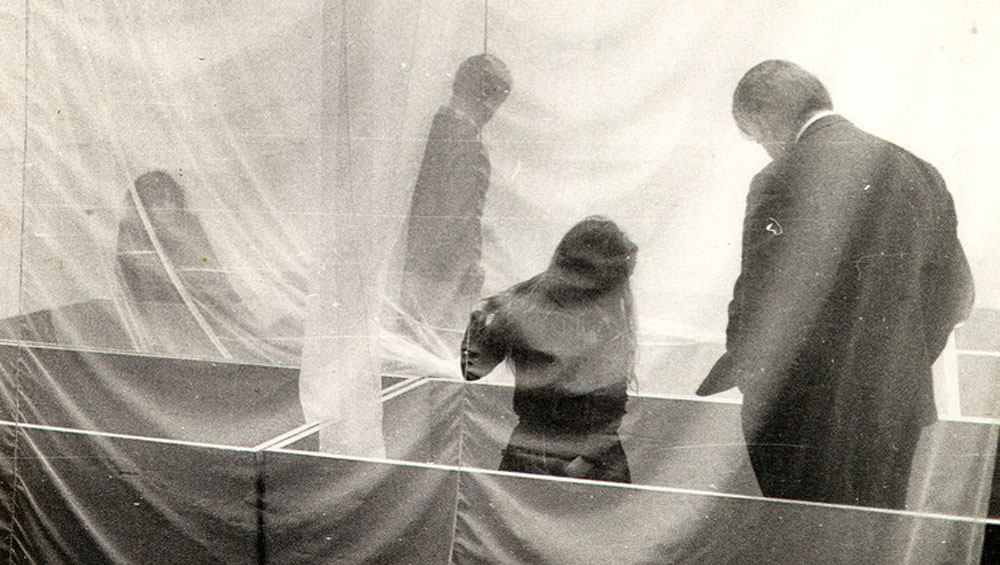 The retrospective of the work of Hélio Oiticica (1937-80) at the Whitney Museum offers a special experience, memorable for its sensuous resonance. Oiticica, who entered Brazil’s art scene in the late-1950s and the early 60s, became one of the most visible representatives of the country’s postwar avant garde. The exhibition presents him as having incorporated the influence of modern and contemporary western artists into his work, all the while remaining firmly connected to his national and cultural roots. More than half-a-century after its creation, his work impresses by the daring and breadth of its vision. Visitors are invited to observe airborne and earthbound geometric constructions saturated in bright colours; examine his Bólides (Fireballs), interactive composite objects filled with sand and other substances, which were intended to be handled by viewers; dance samba in one of his Parangolés, capes designed by the artist to be worn by the public; play billiard on a pool table that is supposed to send you back to the atmosphere of Vincent Van Gogh’s painting The Night Cafe; and experience immersive exotic or unfamiliar environments, as in his installations Tropicália (1967) and Eden (1969). 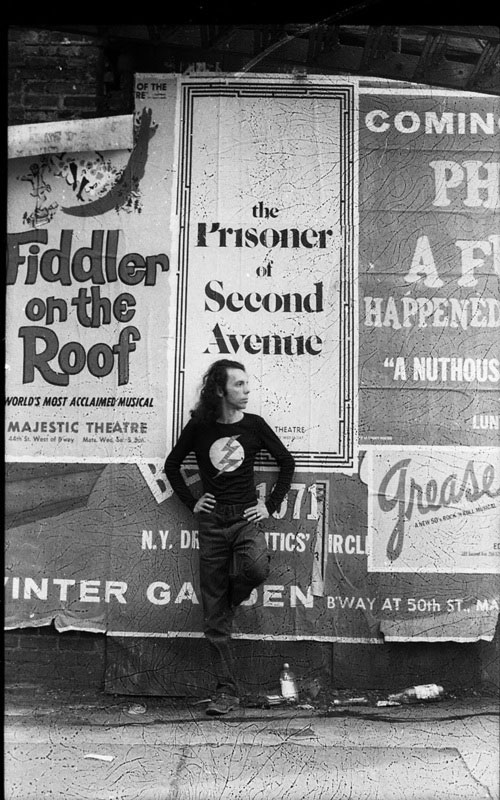 Hélio Oiticica in front of a poster for Neil Simon’s play  The Prisoner of Second Avenue, in Midtown Manhattan, 1972. © César and Claudio Oiticica.

The title of the exhibition fits well: from his earliest object on display, Hunting Dogs Project (1961), a model for a public garden in the form of a maze, to PN27 Penetrable, made in 1979, a year before his death, there is a definite drive in the artist’s work to contain a boundless and unpredictable human body, including the collective body – with all its joyful and painful emotions – within a certain aesthetic frame. The goal of this containment is not to control, but rather to open up to the basic joys of life. The exhibition shows us that this aesthetic of containment took several years to develop. At the beginning of his artistic career, during the 1950s, Oiticica embraced the hopeful spirit of Brazil, a developing country that was striving towards integration into the world economy. He began his artistic explorations with visual experimentation inspired by the work of pioneers of geometric abstraction, such as Kazimir Malevich and Piet Mondrian, as well as by the playful and whimsical figuration of Paul Klee. The first section of the exhibition features these early experiments, conducted in the mid- and late-50s, while Oiticica was a member of Grupo Frente (The Forward Group), which was led by his teacher, the painter Ivan Serpa, and included such artists as Lygia Clark and Lygia Pape. The early works demonstrate Oiticica’s efforts to find his own expressive language by integrating the playfulness of Klee’s figurative dreamscapes and the strict geometricity of Malevich and Mondrian. His Metaesquemas, for example, done in the mid- and late-50s, are experiments in shattering the regularity of geometric forms by their displacements along various axes, including diagonal ones, reminiscent of Baroque visual principles, as in Metaesquema 362 and Metaesquema 4066 from 1958. He soon began expanding his art into 3D, following the logic of engaging the viewer with the work, in a similar way to that of artists in Russia half a century before him. His quest in abstraction and objectification of this abstraction was all his own, however. In his Spatial Reliefs, Nuclei and Penetrables, made during the early-60s, he strove to liberate the abstract coloured shapes from the wall and from adherence to a particular form by making them part of the viewer’s environment. It was important for the artist to connect the viewer and the work on the level of spatial and physical interaction. 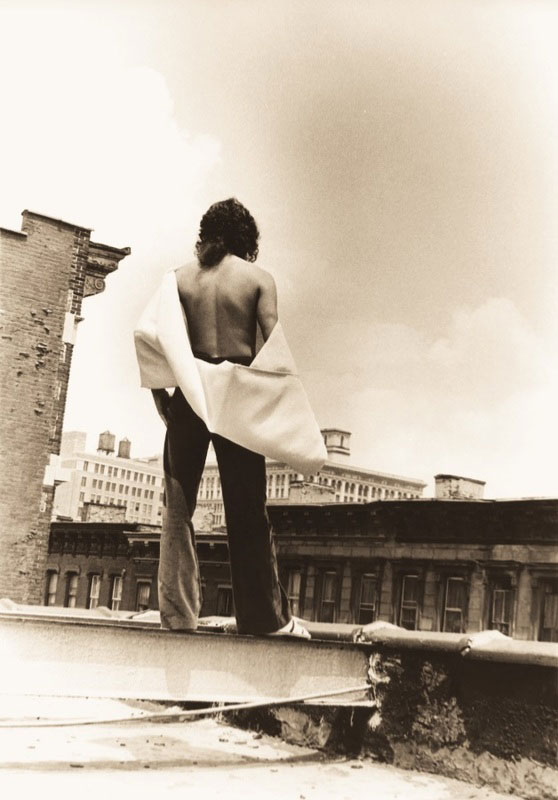 Unfortunately, although the original works, including the Bólides, were intended to be handled, the visitors cannot touch them because of their fragility. Later interactive works, which were reconstructed on the basis of the original ones, allow the viewers to use them and therefore convey more faithfully the participatory spirit of Oiticica’s aesthetics. First among them are two immersive projects, Tropicália and Eden. They are artificial environments, constructed to convey a certain idea by making the viewer feel it with their whole body. Tropicália imitates Brazil’s iconic image of tropical paradise, with sand, lush foliage and makeshift huts inspired by favelas. Eden is a space that is filled with makeshift structures or Nests, as Oiticica called them, contained spaces for dwelling, which the artist intended as an investigation of immersive multisensory spaces. In the exhibition, this project is featured through the reconstruction of several nested cubicles, filled with straw, books and cubes of foam, in such a way that a visitor has to “test” each cubicle by stepping into it with bare feet to experience the different tactile sensations of each substance. There are also separate huts – one with a bed, one with water on the floor, one with red gravel and one with dry leaves. There is a large round circular space with a mesh wall, which creates an enclosure but at the same time allows for observation of the world outside. In both Tropicália and Eden, visitors are invited to remove their shoes and enter the installations to experience environments that surpass the usual art-viewing expectations. They can dip their hands and feet in sand, enter “penetrable” makeshift structures, lay down on beds, sit in tents, read poems or books, or enjoy the sight of tropical birds. The more they engage with the objects around them, the more they adhere to the spirit of the work. 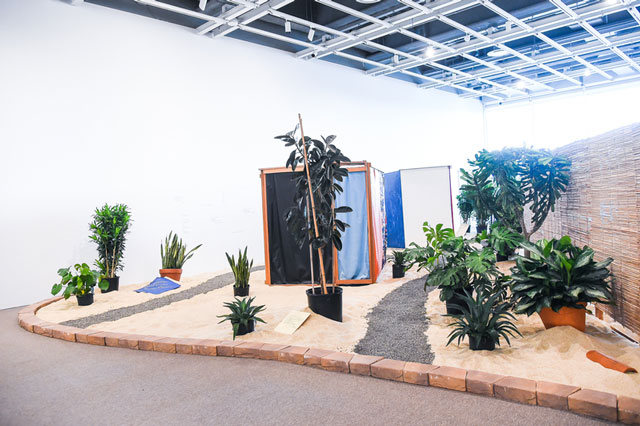 Oiticica was supremely sensitive to the context in which the work was presented. While the two installations resemble each other in their interactive nature, they carry fundamentally different messages because of the audience they addressed. Tropicália was conceived as a critique of how Brazilians view themselves; it was created for the 1967 exhibition New Brazilian Objectivity at the Museum of Modern Art in Rio de Janeiro. The message of this installation hit a raw nerve in the artist’s country; it launched an eponymous movement in Brazilian culture, beginning with the release by the musician Caetano Veloso of a song entitled Tropicália, followed by an album of the same name, which featured a collaboration with several other Brazilian musicians. Eden was mounted for the Whitechapel Gallery in London. The wall label tells us that this installation was intended as an “instrument for reflection” and a “proposition for behaviour”. The 1969 exhibition at the Whitechapel Gallery was the artist’s first and only solo show during his lifetime. It became a launch pad for Oiticica’s other Nest projects, which became his trademark for the following five years, presented in other important exhibitions of his career, including Information, curated by Kynaston McShine in the Museum of Modern Art in New York in 1970. 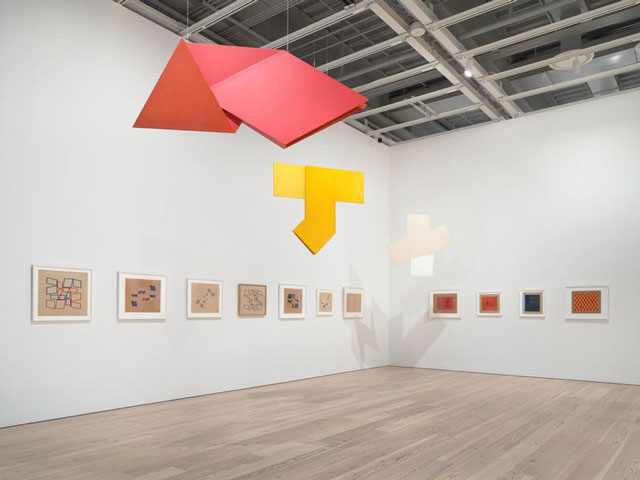 The Whitney retrospective devotes a lot of attention to Oiticica’s involvement with politics after the 1964 Brazilian coup d’état that established military dictatorship, and his eight-year stay (1970-78) in New York, to which he moved after receiving a Guggenheim Fellowship. He maintained an important, but somewhat invisible presence in the city, despite the aforementioned Information show, where his project Nests held a pride of place. In New York, he worked on his Guggenheim Foundation project, the Subterranean Tropicália, which was never realised, and did a lot of film-making and writing. The section of the exhibition devoted to his activity in the city features the screening of his Super 8mm films Brasil Jorge, Fillmore East, Gay Pride Parade (all from 1971), Agrippina is Rome-Manhattan (1972), and his slide shows Neyrótica (1973), which shows young men in various sexually provocative poses, and South Bronx (1973-76). Cosmococas (1973) was among his most striking projects of writing and photography at the time, presented as the pages of a notebook containing his odes to various types of cocaine and slide shows with images devoted to the drug. According to the wall label, the artist planned nine room-size installations for this project. The museum constructed two, following his detailed instructions. In one of the rooms, Block Experiments in Cosmococa, Program in Progress: CC1 Trashiscapes, visitors are offered mattresses, pillows and nailfiles, in order to properly enjoy the environment created by a slide show of images related to the project and the sound of the popular music from the period. The other room, CC5-Hendrix, is set up to honour his worship of Jimi Hendrix. There are hammocks to lie in while watching the Cosmococa images flickering around the room and enjoying the sound of what Oiticica believed to be the perfect “music-plastic totality synthesis” created by his favourite musician. 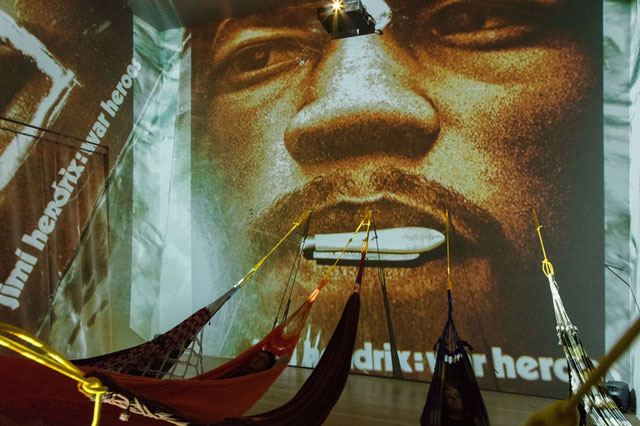 The section dedicated to Oiticica’s New York period concludes the viewing of this informative and inspiring exhibition. Its curators – Lynn Zelevansky of Carnegie Museum of Art, Elisabeth Sussman and Donna De Salvo of the Whitney, and James Rondeau of the Art Institute of Chicago – have succeeded in conveying the life-affirming spirit of Oiticica’s oeuvre and its participatory aspiration. 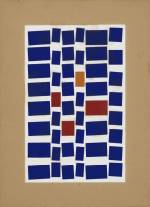 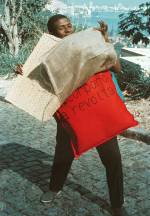