There are few crimes for which great artists are not forgiven. They could be brawlers like Caravaggio, who reputedly killed a man in an argument over a tennis match. They could cheat on their dying wives and have their mistresses consigned to asylums, like Rembrandt. They could even arrange to have their erstwhile lovers’ faces slashed, like Bernini. None of this excludes them from artistic greatness.

It is the work that lasts, with the accompanying drama and horror reduced to echoes in time. Even in terms of the art, much can be overlooked, whether it is technical ineptitude or delegating actual construction to apprentices. There is, however, one abiding sin that an artist can commit – the sin of mass popularity.

Gustave Doré (1832-83) was immensely successful in his day. He was the highest paid illustrator in France as a teenager, was exhibited at the Salon, courted by Napoleon III and, above all, became internationally renowned through his prolific illustrations of literary classics. He was as close to a household name as an artist could be. For this, he has been paying the price ever since. Even during his life, there was a degree of critical condescension towards him. Criticised for his fantastical work, Doré was then chastised for exaggerating Victorian metropolitan squalor in his exceptional illustrations for London: A Pilgrimage (1872). In earlier and later eras, Doré may have been treated as a renaissance figure, or at least one healthily working in multiple mediums. In his own time, he was stuck in a critical no man’s land. Covering every aspect of his work, from etchings and posters to paintings and sculpture, Master of Imagination goes a great way to revive and reshape our perception of an unfairly dismissed master.

Those familiar only with Doré’s black-and-white illustrations will find the paintings in the Musée d’Orsay exhibition something of a revelation, not just in the positive sense. At best, it is as if the well-known bookplates have suddenly expanded into life. The impressive scale and colour of his Dante and Virgil in the Ninth Circle of Hell (1861) is accentuated by the luminous mist, through which the tortured captives and their visitors are glimpsed. Doré’s use of light is consistently prominent, even if he essentially simplified the multiply-lit chiaroscuro tradition into a single recurring spotlight. It could be said that the light is of heavenly origin, most obviously in the radiant Christ Leaving the Court (1874-80), but also in the hell-bound trajectory of Satan in his illustrations for Milton’s Paradise Lost. Doré’s God is a cinematographer and his light is vengeful as well as benevolent.

In 1874, Doré hit an artistic peak, in his paintings at least, with The Acrobats. Though it is not without melodrama, it is nevertheless an affecting and absorbing large piece. A circus couple stunned by imminent grief nurse a mortally injured child. The infant was presumably injured learning the ropes, meaning the adults are likely culpable, a view reinforced by the shadowy onlookers in the background. The mythic Pre-Raphaelite-tinged dress that the characters wear seems an alluring fraud, yet real melancholy seeps through the artifice. Doré’s grittier work would prove immensely influential to Van Gogh, who remade his Newgate prison yard sketch, but here we can discern a direct influence on Picasso’s Rose period. Like the Spaniard, Doré was drawn to circus performers as outsiders and auteurs, who had given up security, home and even wellbeing for their art. Though rich in symbolism (the solitaire cards, the owl on a leash), the power comes from the simple clashing of emotions; harrowing sadness in an expectantly joyful setting, solitary desolation in the midst of family. This is underlined by his undated portrait Pierrot Grimaçant, in which his wizened depiction of the heartbroken clown of Commedia dell’Arte seems located somewhere in the indefinable space between comedy and tragedy.

Equally concerned with the emotive, Doré’s war paintings are less successful and even more contrived. Given his royalist sympathies, the artist rejects the revolutionary figure of Marianne as the embodiment of French liberty, preferring a more passive but still stalwart female angel with a broken sword or flagstaff in hand. His paintings, strewn with the desperate and the dying, are drained of colour, except for the stripes of the Tricolore. It suggests the hour before dawn. In reality, it was sunset. The French army were buckling before a Prussian onslaught (Doré’s The Black Eagle of Prussia, 1871) and soon Paris was besieged. Doré signed up for military service, but, given that he was in prematurely aged late 30s, instead set to agitate through art. The resulting works are stirring but clichéd. They speak not of the proud last stand of the French empire as he intended, but of its disintegration.

As with virtually any work of art commissioned as propaganda, the paintings unintentionally reveal their limitations and compromise. When the Paris Commune was quelled by the slaughter of French citizens by their own soldiers, Doré’s evocations of national unity and solidarity were shown to be at best naive and at worst deceptive. He had long since fled to Versailles, and then across the channel to London, where he painted works such as The Defence of Paris (1871). Marianne might have conceivably existed in the city he left, angels did not. In the end, the piece that works best is the strangest one, The Enigma (1871), in which the Sphinx crouches and is consulted before a burning Paris. The piece was inspired by Victor Hugo’s poetry: “What a spectacle! Thus dies everything that man creates!/A past such as this is a deep abyss for the soul!” The depth of the despair, and the openness of interpretation as to what the Sphinx’s enigma is, makes the work reverberate timelessly much more than the other, more direct, paintings of the conflict. Is Doré questioning man’s inhumanity to man, or is he going beyond that to wonder what the purpose of existence is, when all will end in inevitable ruin?

Doré’s sculptures are similarly problematic but thought-provoking. Fate and Love (1877) powerfully depicts the aged goddess of destiny poised to snip the youthful Eros’s bow of life. Doré modelled the older figure on his mother and the parallel with his inability to escape an overbearing maternal grasp for independence is an obvious one. It was also prophetic given that he died soon after she did. The same suffocating embrace is evident in La Gloire étouffant le Génie (Glory Stifling Genius) (1878). Though its barely concealed eroticism hints at unspoken desires, the mock antiquity and billowing ornamental quality of the work is less convincing. The bronze Roger and Angélique (1879) may also be a misfire, but it is one whose flaws are idiosyncratic. Allegedly once owned by Jean Cocteau, the structure of a knight riding a winged horse balancing on a spear that has been thrust through a sea dragon proves that in relative failure, there is occasionally invention.

In The Neophyte (1866-68), a monk glowing with youth and vitality sits among decrepit sluggish rows of fellow clerics. It is immediately clear that this is Doré’s perception of himself, with a degree of overcompensation for not getting sufficient credit for his undoubted talents. The critics were not swayed, however. When forced to recall, Whistler gave an accurate summation of how Doré was viewed: “There is a difference between an artist and an illustrator, you know, my boy. Doré  – yes, I knew him – he had bats in his belfry!” Claims of madness aside, the accusations that he was a hack, fit only for bibliophiles, has been precisely the reason for the high, though uneven, esteem he is held in today. Doré was fortunate to emerge at a time when literacy in western Europe was rising, and technology made reproductions cheap and relatively easy. The books, however, were more fortunate to have Doré.

There is a prevailing illusion that the imagery we associate with characters in certain novels comes primarily from the connection between the writer’s words and the reader’s imagination. With the classics, we often have the imagery before the reading, thanks to the afterlife of the original illustrations. There is no artist who has engineered more characters whom we believe we have conjured up ourselves from print than Doré. If we imagine Don Quixote, Little Red Riding Hood, Baron Münchhausen, Puss in Boots or the Ancient Mariner now in our mind’s eye, the chances are that what we are seeing bears the hallmarks of Doré. His talent for the iconic has extended his influence to unexpected places. Owls (1879) resembles an early Disney still and his vision of Dante and Virgil lit from a crypt below has reappeared in countless horror films. His genius for scenes of frozen motion, from Don Quixote and Rocinante being acrobatically felled by a windmill to Satan being cannoned out of Heaven, suggest that Doré was creating films for the mind before there was celluloid. The examples of his literary etchings in the exhibition are superlative, with the additional note that there can never be too many of such works.

Master of Imagination and its subject are not without their flaws. Doré’s landscapes of Scottish lochs and alpine heights, for instance, are pretty but largely ineffectual, lacking the cataclysmic Romanticism of a contemporary such as John Martin or the proto-Nietzschean conquests of Caspar David Friedrich, to say nothing of JMW Turner. When Doré aspires to classicism, the interest deflates as he inflates. Yet at his best, most often within the covers of books, but also demonstrably on canvas, he was a truly remarkable talent. Whether it convinces critics of what readers have long known is of little importance. When we look at Doré’s delirious magnificent frontispiece for Don Quixote or his sketchily rococo portrait of the infant Pantagruel, it is easy to miss the tiny mice with jousting knights on their backs or the minuscule courtly observers. The Musée d’Orsay exhibition suggests a similar approach to an artist we think we know: “Look closer.” 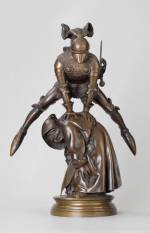 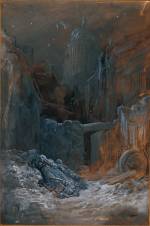 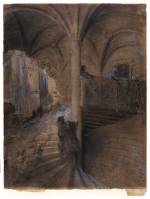 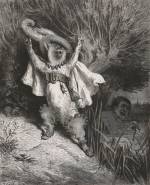 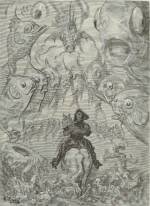 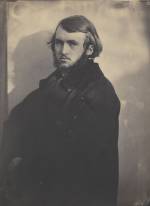 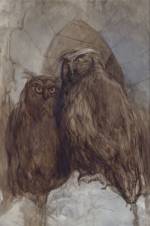