An exhibition of Richter’s seascapes goes on display at Guggenheim Museum Bilbao, proving that, even for the modern painter, he holds an irresistible fascination 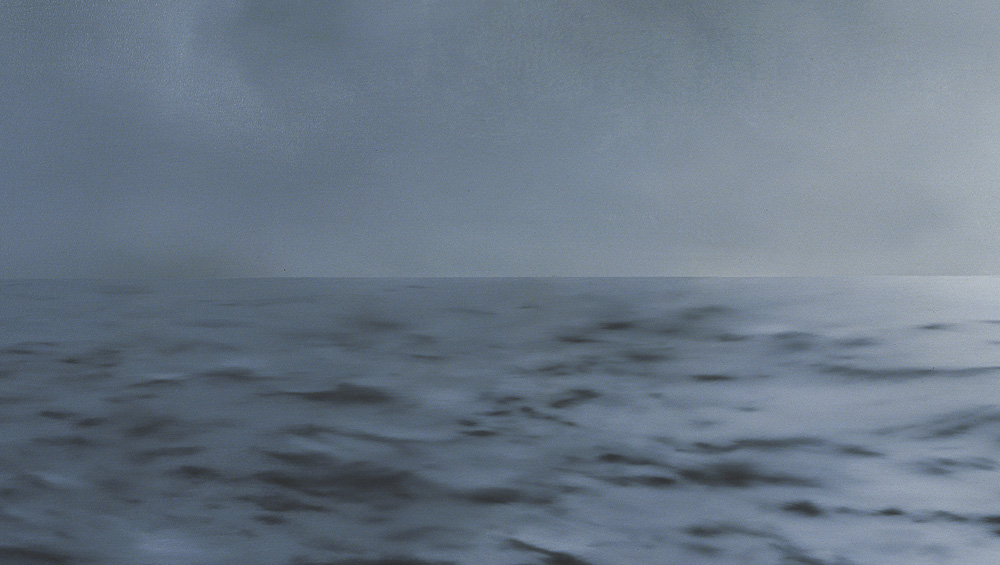 Gerhard Richter (b1932, Dresden) painted his first seascape in 1968. It is a tentative exploration, rendered in a single muddied beige, that varies only in tone. A thick sweep of white paint across the bottom of the canvas indicates an ocean, but this is otherwise an abstract of the type that is 10 a penny in provincial galleries across the globe. It looks, to be frank, like just another bad landscape painting. The only thing that makes it worthy of its inclusion in an exhibition at the Guggenheim Museum, Bilbao, is the fact that it was painted by one of the most lauded artists of the 20th century.

The same criticism can be aimed at another seascape that Richter painted a year later, in which a failed image lurks beneath a swirling coat of battleship grey. So many artists destroy unsatisfactory paintings in this way, but only Richter’s botch-ups are celebrated. There is no doubt that these two paintings are underwhelming and could have been made by just about anybody. But that is not the end of the story. These unremarkable images bookend a wall of much more interesting seascapes in the room set aside for this exhibition. It is these images that, in my opinion, show Richter at his best.

In reproduction, even these sea paintings look like sepia-tinted photorealism, dated and dull, but when viewed in person they have a quality that is captivating. They are not aping the photographic medium in paint, as it might appear, but instead are the product of some process of artistic alchemy, in which the raw ingredients are transformed into something beautiful. Richter has composed many of the works here from two different photographs – mixing and matching skies and seas until he finds the perfect combination. Thus, the sun that struggles to penetrate the leaden skies favoured in many of these works often has little bearing on the marine reflection. But that doesn’t worry Richter, who proclaimed in an interview in 2002 that he doesn’t know what “the problematic of light is”. 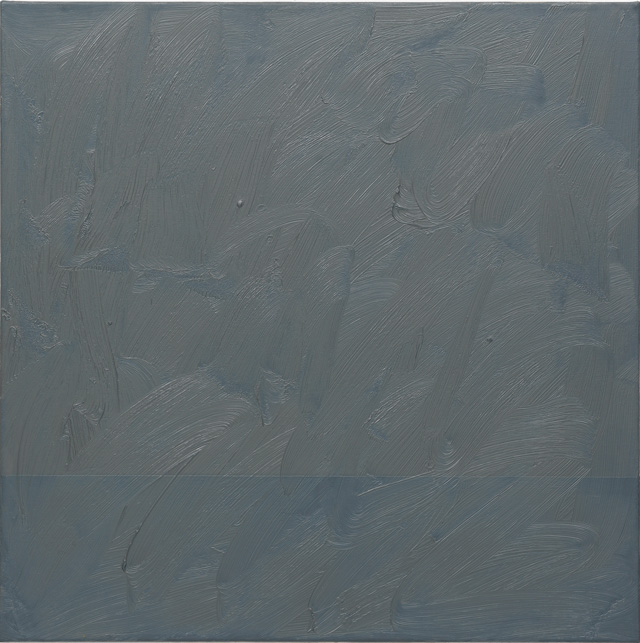 Richter’s strangely lit seascapes have been likened to the work of Caspar David Friedrich, the poster boy of 19th-century German romanticism. Richter approves of this comparison and has said that some of his paintings are a tribute to Friedrich. One canvas in particular brings to mind Friedrich’s brooding The Monk by the Sea (1808-10), in which a figure robed in black walks along the shore, completely dwarfed by the expanse of sky above him. The sea is a low strip of blue-black that bisects the pensive soul, so that his pale head appears almost to float.

Richter’s much smaller Seascape (Morning Mood) (1996) also presents us with an inky, inscrutable ocean, so dark that it absorbs almost all the light that touches it, while a pale sky glows weakly at the horizon. Like Friedrich’s painting, the sky takes up most of the composition. There is no figure in this image, no equivalent of the robed monk with which to judge the scale of the scene, but, by painting the sea as a void, Richter has achieved the same sense of endlessness, the same feeling of the sublime and even, perhaps, the existential trepidation that accompanies it. 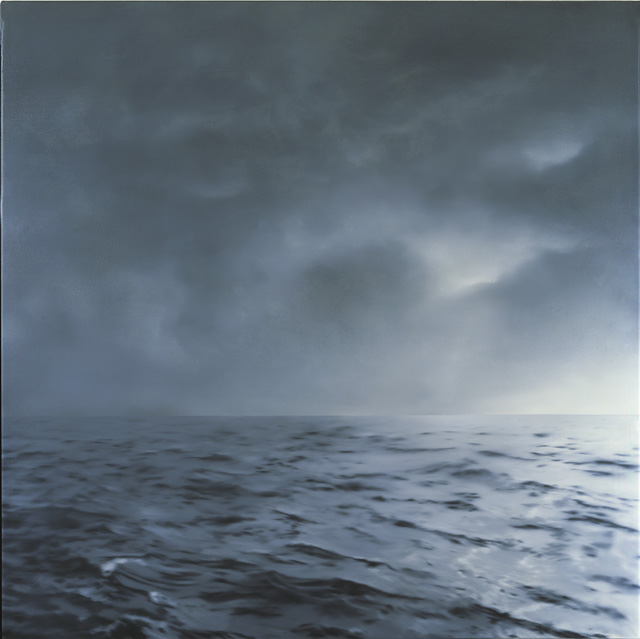 Richter plays with colours, testing different ways to represent what has been painted thousands of times down the centuries. A square canvas, descriptively entitled Seascape (Green-grey, cloudy) (1969), depicts an out-of-focus scene in which a metallic sea ripples flatly under a gathering storm. It presents a moment of unnatural (read also uncanny) quiet in which the sea and sky seem divorced from one another, as they might appear in an unreliable memory, or a scene lodged in the midst of a long dream.

The painting that most niggles at feelings of the not quite right, the unsettling but beautiful, was painted in 1998. Only the horizon is in focus, so this is where our eye naturally settles, but the breaking waves in the foreground are finely painted in way that makes it hard to believe a brush was involved. The breaking waves are a blur, but sparkle under a strange sun that lights only a tiny portion of the sea. It is the most captivating work here. 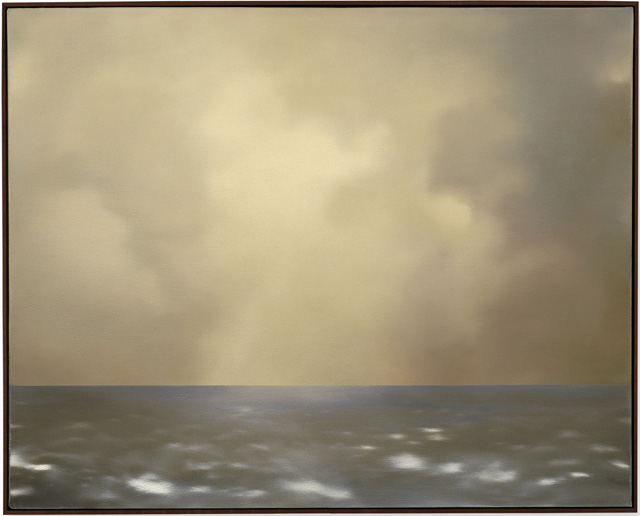 Richter painted more seascapes in the years between 1968 and 1998 than are presented here, but these are some of the best, the most stirring, the ones that tap into the German romantic tradition. He has put the subject to bed now, but his experiments with seascapes were among the most long-lived of his various photo painting series. Perhaps Richter kept returning to the sea because the subject was better suited to his search for an “autonomous, unconditional image, devoid of style”, which is how he describes the photograph, that “most perfect picture”.

In always searching for a means of production devoid of style, Richter has tried, and thankfully failed, to become an iconoclast for the postmodern age, someone who produces images devoid of context and detached from the artist’s hand. Because, try as he might, a general feeling pervades his works, a strangeness and unease and that is stylistic in itself. And that strangeness is perhaps most subtly, and most brilliantly, expressed in his seascapes. 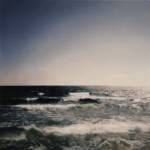