In the closing years of the seventeenth century, the youthful Peter the Great toured western Europe with a view to modernising Russian culture along the lines of a European state. The developments which arose from this initiative had a profound impact on Russia for the following three centuries and many of its consequences are still with us today. France had a special place in this process and its impact was felt in all aspects of Russian culture, including architecture, painting, music and language.

This exhibition explores one major episode in this momentous dialogue between nations, namely its effects upon painting and the visual arts between 1870 and 1925, from the age of Impressionism to the birth of the modern movement. On first sight its content is overwhelming, even bewildering - a potpourri of paintings of often astounding quality but with no apparent lines of contact between them, apart from the fact that they all emanate from four great Russian collections. Ebullient Matisses rub shoulders with ascetic Cubist Picassos. The gritty Realism of Repin faces the mystical fantasy of Vrubel. The exhibition converges on the ultimate abstract Minimalism of Malevich, with a black square on a square white canvas, and concludes with Tatlin's unrealisable architectural project 'Monument to the Third International'. On the way, we take in outstanding examples of the best art of that fertile period, including Cézanne, Gauguin, Picasso and Kandinsky.

It is only on reflection that one begins to see the strong lines of continuity which run through the exhibition, bringing order to an amazing but otherwise incomprehensible array of work. The first of these is the artists' preoccupation with the material world. We see this epitomised in the work of Cézanne, whose objective was to find and record the poetic and the wonderful in nature as it presents itself to the eye. This quest included not only the surface effects of colour, tone and texture, but the discernable underlying architecture of the landscape. It was, however, a quest largely divorced from any kind of social concern or political reality. As such, it was the epitome of mainstream Impressionism.

Parallel with this approach to nature was the Realist tradition formulated by Courbet. This found fertile ground in Russia, where thinking artists realised that the position of the Russian peasant was even worse than the grinding poverty and hardship still so widespread in Western Europe. In the work of Repin, who drew some of his material at first hand by living with oppressed peasantry, we see the origins of Socialist Realism, which, in the hands of less capable artists working within a totalitarian regime, later degenerated into a crude form of political propaganda.

In contrast to such concerns with the material world, whether seen as purely a source of visual excitement detached from human consequences, or as the product of a socio-political context, arose the search for the expression of a spiritual reality which transcends the contingencies of temporary social conditions. Russia, with its ancient tradition of sacred art and architecture, had in some ways sustained an attitude to the spiritual in art which had died out in most Western states at the end of the Middle Ages. The art of the icon was revivified in the painting of figures like Vrubel, with the use of hieratic posture, symbolic accessories and a jewel-like rendering evocative of the gold-leaf of icons and the ravishing surface of mosaic.

The same preoccupation with cultural roots expressed itself in the revival of interest in primitivism and folk art. Gauguin was fascinated by cultures that had somehow escaped many of the consequences of the modern age and this drew him to Brittany and, in due course, Tahiti. A parallel impulse can be seen here in the work of Goncharova with its references to peasant life and art.

In addition to institutional or collective attempts to pull Russia forwards into the modern age, one must not underestimate the critical role played by private individuals. The two most influential Russian private collectors of the period were Shchukin and Morozov and much of the best in this exhibition can be traced back to their perspicacity as purchasers. Although they depended to differing degrees on the guidance of others, such as artists and dealers, the fact that they were both wealthy textile magnates suggests a natural predilection for sumptuous surface pattern which is reflected in the work of many of the artists they bought.

In some ways, this exhibition might equally have been called 'From France', in that the flow of cultural influence was often firmly from west to east. However, as the period progressed, this tide reversed itself in several respects. The impresario Sergei Diaghilev, founder of the Ballets Russes, brought Russian music, theatre, dance and visual art to the Western states with an impact which has rarely been equalled, giving international exposure to a painter and designer like Bakst, a composer like Stravinsky and a dancer like Nijinsky.

At about the same time, Russia produced a painter of distinction who was also a persuasive theorist, in the form of Wassily Kandinsky. In Kandinsky's canvases we see the rapid dissolution of the material world into its expressive component parts, colours and forms becoming ciphers for emotional and spiritual states without the mediation of depictions of the material environment; in other words, one of the two great sources of abstraction. Kandinsky's treatise Concerning the Spiritual in Art became one of the foundation documents of the modern movement in Europe, and remains so today.

While Kandinsky's brand of abstraction grew out of his work as a colourist figurative painter, the second stream of abstraction led to what one might call non-objective art. Cubism, a Franco-Hispanic invention, was the signpost which pointed in this direction. Analytical Cubist work showed how the material world could be progressively decomposed according to simple geometrical elements, such as the vertical, the horizontal, the diagonal and segments of the circle. In contrast to the colouristic ebullience of post-Impressionism, Kandinsky and the Expressionists, Cubism adopted a restrained, ascetic approach to all aspects of picture making; it is an art of small scale, muted colours, narrow tonal range, limited textural variation and simple geometric forms. While many Expressionists were preoccupied with how much they could pack into a painting, the Cubists became increasingly concerned with how could be left out, a dichotomy which emerges as a prominent feature of the work on show.

This reductive impulse reached its apotheosis in the Suprematist work of Malevich, and an art of black and white elemental geometric forms. Malevich used the word 'icon' in connection with his own work, suggesting that behind the austerity of such works lay a rich spiritual dimension to be discovered. Russia during the heady days of the Revolution seemed to be the perfect place for such radical thinking. Unfortunately, this optimism was short-lived. It soon became apparent that works of such intellectual austerity would not be comprehensible to, let alone appeal to, citizens of the new proletarian state. What was needed was an art which appealed to the simple-minded, the unimaginative and the obedient, a public which was prepared to accept the judgment of a ruling elite, an elite which, with the death of Lenin in 1924, became embodied in one man: Josef Stalin.

Stalin's rise to power coincides with the terminal date of this exhibition, 1925. From that time on, artists with an individual or radical impulse were advised to either go into exile, which many of them did, or, like Shostakovich, sleep with a packed suitcase permanently ready under the bed, awaiting a knock on the door in the middle of the night. 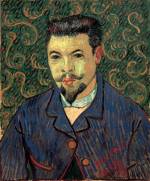 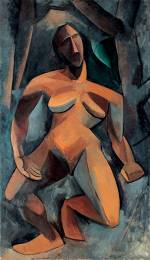 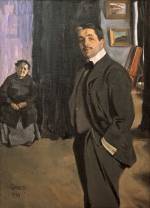 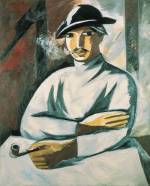