Donna Huanca: ‘Memory is perhaps the most permanent architecture’

Donna Huanca: ‘Memory is perhaps the most permanent architecture’

The Chicago-born artist discusses shedding skin, the idea of permanence, and being involved in Manifesta 11 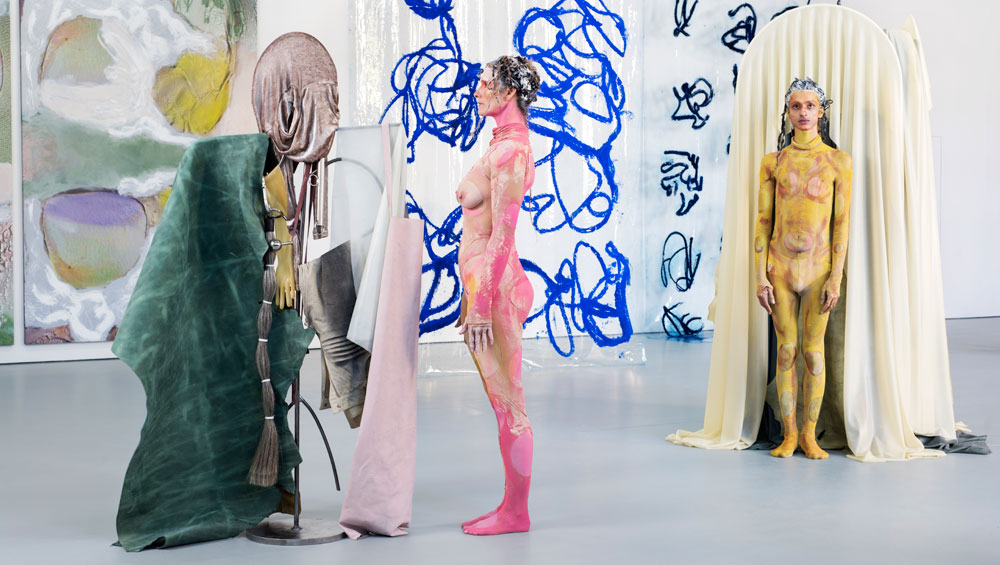 Not only is Scar Cymbals the first UK solo exhibition by New York-based artist Donna Huanca (b1980, Chicago), but it is also the Zabludowicz Collection’s first performance-led commission. Each day during the exhibition, there will be scheduled performances by painted models interacting with site-specific sculptural installations. These works act as Huanca’s response to the exhibition space, a former Methodist chapel. Rather than battle with the surroundings, Huanca has acknowledged the site’s previous incarnation by building a huge, three-storey, translucent glass structure in the main hall. As the painted models perform within it, enacting private rituals and meditations with slow and emphatic gestures, the glass will gradually become more opaque.

The line between engagement and withdrawal is consistently blurred through these daily performances. As well as interaction, human or otherwise, the materials have a great importance to the overall experience of the exhibition. Totem-like structures are dotted throughout the space, presenting an assemblage of various materials. Although many of these structures possess an eerie human-like presence, the interaction of the models provides new narratives for the viewer in real time. The sculptural installations draw influence from natural minerals and rock formations, reflecting the pigments used to paint the live models.

Sound is another key component to the exhibition. Huanca, who has previously made sound projects under the name Rua Minx, built on what she learned through that earlier work for this installation, which includes sound works that variously respond to the control of the models and the movement of visitors’ bodies.

As the show unfolds, the models slowly peel off the layers of latex covering their bodies. Viewers are encouraged to experience the show as it unfolds: restrained and intensely focused at the beginning, while becoming more engaging with the interactive works by the end.

Alexander Glover: The nude bodies of the models in the exhibition are first covered in latex and then you have painted them. Do you see them more as mobile paintings, living sculptures or painted performers?

Donna Huanca: I see them as living artworks.

AG: Scar Cymbals is very much a site-specific exhibition in which you react to the space directly and its past as a Methodist chapel. Why did you want to react to this history?

DH: Because the architecture is so intense, so overpowering, I did not want to compete with it.

AG: It’s the first time the Zabludowicz Collection has hosted a performance led-commission. How has this project been logistically?

DH: Very exciting. This exhibition allowed me to take my work to a new level. By using all the senses, I wanted to create an immersive experience for both the audience and the performer. The exhibition changes daily as the interaction with the models and artworks is shifting. The sound works in Scar Cymbals allow the models to create their own customised vibrational sound. There is also a piece that is activated by the presence of the body: Nerve Endings/Astral Layer (Mother) is activated by 40 infrared sensors set in the ceiling, which are triggered by body heat and respond to the body’s proximity to the sculpture, making the sound louder the closer you get.

AG: Snakes shed their skin to allow for further growth as well as to rid themselves of any parasites on their old skin. What did you have in mind theoretically for when the models slowly cast off their prosthetic layers?

DH: I wanted to have skin layers in the show. Over time, this work is becoming pooled with skin cells and the DNA of the performers.

AG: Could you discuss the choices you made, in terms of material, for your sculptural installations?

DH: All the materials are related to the body, such as clothing, skins, textures created with my body in silicone moulds, and bondage equipment.

AG: When the models interact with the sculptural works, are they imbuing the still work with a heightened sense of humanity?

AG: Does your work allude to, or draw references from, a particular strand of spirituality?

AG: Is the pursuit of permanence overrated?

DH: Absolutely. Memory is perhaps the most permanent architecture.

AG: I have spoken to many artists who were formerly  – if that can be ever true – musicians. Some neglect that past, but some incorporate what they learned in to their practice. Sound is very important to the multisensory experience of the show. Was there anything you learned from your time as Rua Minx that you used directly for this show?

DH: Yes, my introduction to visual art was through music. Using sound has taught me about collaboration and improvisation – which have proved to be critical processes in my work.

AG: You recently took part in Manifesta 11. What was the experience like?

DH: For Manifesta 11, I was asked to do a three-hour performance at Cabaret Voltaire. I asked models I have been working with for years to improvise with me, contributing with their own art practices. Together, we created live sound and movement. It was a great to be on the stage with my models and deepen our relationship during this performance.

• Donna Huanca: Scar Cymbals is at the Zabludowicz Collection, London, until 18 December 2016. 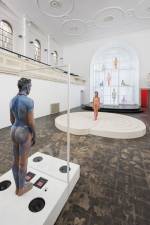 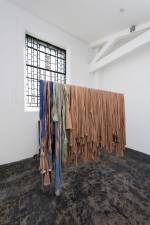 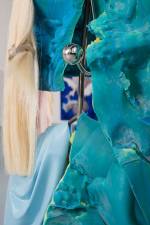 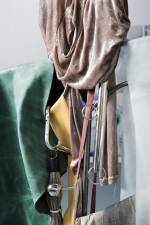 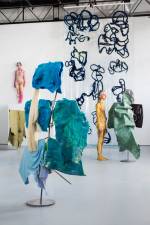