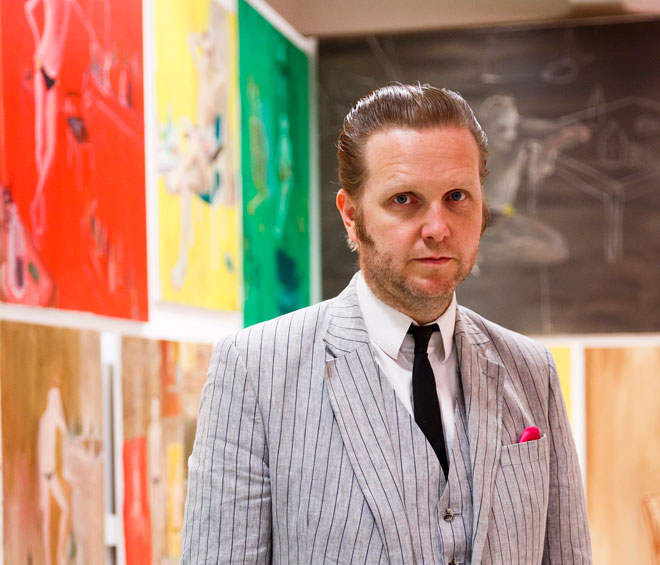 Ragnar Kjartansson is not a household name, but he should be. The Icelandic artist’s work gives performance art, and contemporary art in general, a good rep. His actions, musical scores, films and paintings are reminiscent of the repetitious, contemplative tone of Bill Viola’s video work as well as Anselm Kiefer’s multimedia, existential reflections on the creative “self” and on cultural inheritance. Yet Kjartansson faces off this seriousness with a humour that brings viewers in on his mockery of, and part-homage to, art and artists past and present. He does this here by taking over the Barbican Centre, itself a cultural palimpsest, with his first UK survey, one that seems to proffer a highly current – and somewhat Scandinavian – view of the notions of creative influence, artistic identity and self-fashioning, and collaborative practice.

Kjartansson, who was born in Reykjavik in 1976, grew up in and around the Reykjavik City Theatre, where his parents were performers, and the influence of this speaks volumes from the very beginning of the show. Its centrepiece, Take Me Here by the Dishwasher: Memorial for a Marriage (2011, 2014), features a video projection of a scene from the 1977 film Murder Story in which the artist’s parents played a frustrated housewife and a visiting plumber in a dreamlike sequence of lust that culminates in the housewife’s eponymous request. This is projected in a huge mock-living space occupied by a troupe of 10 scantily dressed singer-guitarists, who perform a slow, mournful score with repetitive lyrics formed from the scene’s dialogue. Both a celebration and a parody of the amusingly erotic cinematic display by the actors, Take Me Here by the Dishwasher incorporates and reinvents Kjartansson’s parents’ work, indicating its centrality to his creative motivations. As Kjartansson’s mother highlighted in an interview with the press at the show’s opening, she was pregnant with Kjartansson at the time of filming, such that the artist in fact featured, albeit covertly, in the film that would become part of his own work. The piece lies on the threshold of autobiography, with the actors presenting a fiction as if it were actuality in the filmic sequence, underneath which lies another form of reality in which the individuals were bound up in a different network of relations – husband, wife, parent, child, actor, director, viewer.

This warped instance of history repeating is echoed in the languid actions and repetitive sounds produced by the musicians, as well as by the fact that this performance, which stretches on continuously throughout gallery opening hours, floats up from the central atrium of the Barbican Art Gallery in a way that can be heard when viewing almost every other work in the show. It inhabits the background of another work about lineage: Me and My Mother (2000, 2005, 2010, 2015), an ongoing work produced at five-year intervals in which the artist and his mother stand before a camera while the latter spits on to her son’s face. Like Take Me Here by the Dishwasher, this sequence – at once repulsive and ridiculous – blurs the distinction between the subject as performer and as self; the mostly deadpan responses of mother and son to so extreme an action suggesting a plethora of familial emotional obligations, intimacies and repressions.

In many of Kjartansson’s projects, the artist commits his own act of violence against forebears of another kind. His large neon sign Scandinavian Pain (2006-12), mounted on the exterior of one of the Barbican buildings, satirises the idea(l) of the so-called suffering creative exemplified in Edvard Munch, Henrik Ibsen and August Strindberg, among others. Meanwhile, The End – Venezia saw the artist inhabiting a Venetian palazzo for six months in 2009, his living quarters permeated by the received idea of the bohemian artist. Drinking, smoking and painting throughout this period, in his act of hedonistic endurance he produced 144 paintings of one of his friends. These semi-abstract renderings of a fragile-looking figure surrounded by beer bottles document an experience and, in their frantic, blurred colour, seem somehow to provide an indexical connection to it.

The End is not the only part of Kjartansson’s oeuvre in which musings on creative practice have resulted in more conventional outputs such as paintings and sculptures. Indeed, his examination of cultural precedent seems to incorporate both: in his two-day Blossoming Trees Performance (2008), Kjartansson modelled himself on the plein air painters of the impressionist and Hudson River movements, and this is represented in the show through black-and-white photographs of Kjartansson “playing” the role of the artist, shown alongside the many sketchbooks he worked in and the final sequence of paintings. Another room shows objects connected to performances and operas on which Kjartansson has worked. These dark blue, layered, moody-looking watercolours and delicate miniature stage sets reveal an obsession with craftsmanship that takes his art beyond heroic self-fashioning and ephemeral, time-bound performance.

The Barbican’s show presents Kjartansson in many guises, but this slipperiness is apt for someone whose work seems, above all, to tend towards vivacious collaboration rather than individual practice. The most powerful work in the exhibition is The Visitors (2012), a huge black space adorned with large screens, all showing musicians performing a single song in the grandiose interiors of a 19th-century mansion. Once again, repetition and aural immersion dominate the space, with each screen emitting its specific musician’s play, contributing to a vast, soothing but very loud whole. Enigmatic lyrics are repeated in a passionate and romantic lament: “Once again I fall into my feminine ways.” This open, collaborative approach is also seen in the far more cynical God (2007), in which Kjartansson plays the part of the easy-listening crooner with attendant band whose fixed facial features and posture belie the sentiment carried by his repeated line, “sorrow conquers happiness”. Accessed via a distressingly voluminous red silk curtain that cuts it off completely from the remainder of the show, God speaks of the false heroism of the individual-as-creator, and of the association between capitalism and emotional manipulation that still characterises the music industry under the perpetuating hand of X-Factor-format TV shows.

Although less densely packed than most Barbican shows, Kjartansson’s exhibition demands the audience’s time in other ways: some of the pieces are between one and two hours long, and benefit from extensive (if not full) viewing. Nonetheless, each work presents a relatively simple set of concepts that unfold over time while also being immediately accessible. With scepticism towards contemporary performance art still rife among many gallery-goers, this exhibition could lift its appeal by encouraging the viewer to join Kjartansson in a healthy dose of speculation and mockery towards the fantasies and realities presented by western culture. 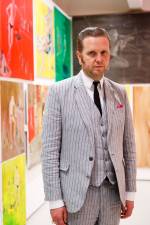 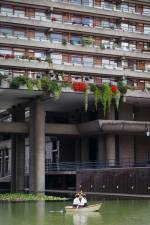