In middle age, every generation has a moral panic about the music and behaviour of its youth. Currently we are at the tail end of alarm about the lyrics of rap songs. In the late 1950s it was rock and roll, as teenagers went on the rampage to the strains of Bill Hailey's Rock Around the Clock. In the late 1960s, hippies and psychedelic music drove adults to distraction and in the late 1980s acid house (with its associated drug, ecstasy) was the wedge that drove the generations apart.

When a trend in popular music coincides with another upheaval in society, the threat to the established order seems even greater and helps to define an era. In Britain, punk rock coincided with serious economic recession, mass unemployment, the tail end of an unpopular Labour government, strikes and industrial disputes, a sense of national decline and a demand for change. The anger and despair finally crystallised in the urban riots of 1980-1981 in Bristol, Brixton and Toxteth, Liverpool.

Thirty years ago, during the Silver Jubilee celebrations of Elizabeth II's 25 years on the throne, punk burst onto the national consciousness with the release of the Sex Pistols' single God Save the Queen. The cover art by Jamie Reid - her Majesty's eyes and mouth obliterated by newsprint spelling out the name of the band and the song title - is the defining image of the punk era. This, and the alternative version showing the Queen with swastikas for eyes and a safety pin through her lip, is on display at the Barbican's 'Panic Attack! Art in the Punk Years' and will send a shiver down the spine of anyone who was aged under 30 at the time.

Those two images alone are worth a trip to the Barbican. But, considering that so many punk bands started in art schools, the exhibition is sadly underpowered to be a truly comprehensive retrospective of the impact of punk on the visual arts - let alone its impact on British youth culture as a whole. Apart from Jamie Reid's work, album covers and photographs of performers are largely neglected, as is the effect of punk on clothing and fashion (apart from a cursory nod to Vivienne Westwood), and its impact on graphic design. 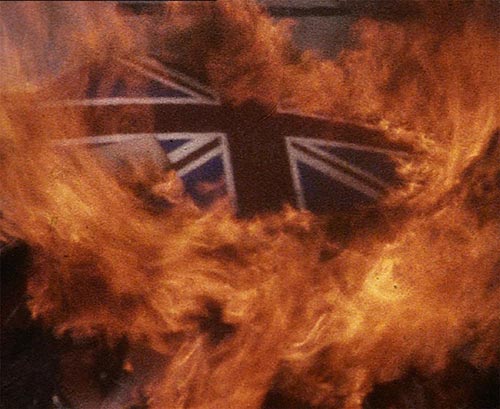 There are works by Derek Jarman, Victor Burgin, the COUM Transmissions collective and John Stezaker, but Gilbert and George seem rather out of place in a retrospective of British punk.

The USA did not seem to experience the same outburst of teenage anger. There, the movement was 'alternative lifestyle', rather than a spontaneous outpouring and was adopted by an older cohort - the rag-tag ends of the Warhol school. Its flowering was also later, into the early and mid-1980s, principally in New York and Los Angeles. Fortunately, it left a more tangible artistic inheritance - which is well represented at the Barbican with works by Robert Mapplethorpe, Keith Haring, Jean-Michel Basquiat and Cindy Sherman. 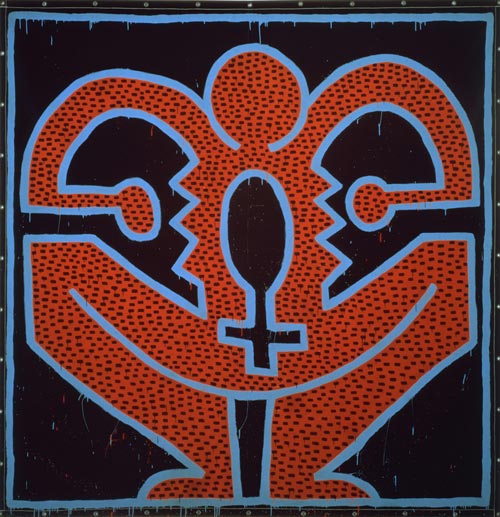 Despite its outrageousness at the time, it all seems so innocent now. In the mid-1980s HIV and AIDS destroyed the casual excesses of the era - many of the artists represented were dead by the end of the decade - and with the elections of Ronald Reagan in the USA and Mrs Thatcher in the UK, a new materialism took hold of society at large, and the art world in particular. 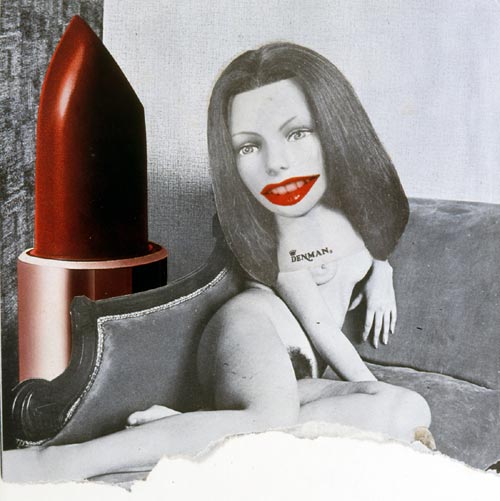 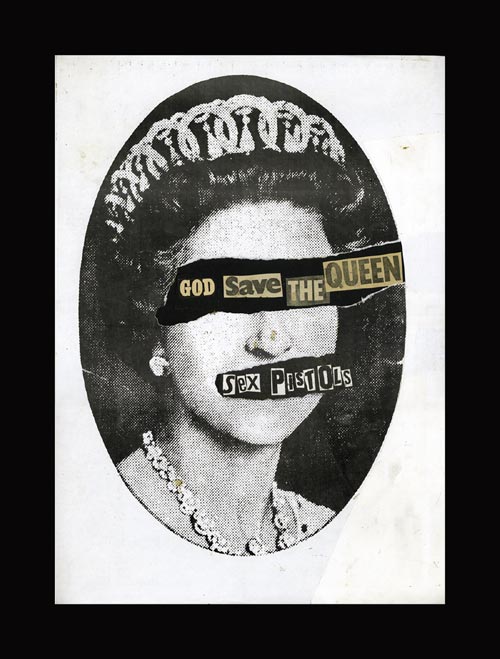