Seduced by the Oldest Topic in the World

Seduced by the Oldest Topic in the World

Sex is an extremely popular subject, but 'sex appeal' is nearly impossible to define. People seem to seek this elusive quality in everything they do and buy. As in ages past, sex - the act and its mystique - is a part of everyday daily life.

Of course, the difference today is that 'sex' now reaches far beyond its main objective, the procreation of the human species, and out to the marketplace. In that vast scene of hopes and fears, desires and dreams, sex becomes all things to all people; the golden calf, lurking, hidden among the dross of everyday existence. To explore, through art, this seemingly endless subject, the gallery at the Barbican Arts Centre in London has staged 'Seduced: Art and Sex from Antiquity to Now', focusing on how sex has historically been, and continues to be, a major topic of artistic works.1 The extent of the show (more than 300 works from 70 artists) and location in Europe's largest performing arts centre are perhaps telling about its subject range, from the physical and psychological to the spiritual and esoteric.

The works displayed at the starts of the exhibition indicate the nature of the debate that the organisers of 'Seduced' propose.2 The first work in the exhibit is a plaster cast of a huge leaf, which had been designed to cover the genitalia of a giant replica of Michelangelo's 'David', a sculpture acquired by the Victoria and Albert museum in 1957. The cast was used to cover a critical part of a master artist's work so as not to offend prevailing Victorian mores and, thus, highlights the power of moral censorship to disrupt free expression. As such, the show also draws attention to the ways in which artists have disguised sexual content by integrating other themes into their works. According to the curators, Greek and Roman mythology have, for centuries, provided favourite motifs to mask erotic content in Western art. Paradoxically, in the art of antiquity, when polytheism was an essential component of Greek and Roman life, visual sexual narratives were depicted openly without religious symbolism. In a section dedicated to such art, visitors can see cups and vases from 500 BC with red figures (kylices), decorated with drawings of arbitrary heterosexual and homosexual pairings.

If showing human couples in sexual scenarios could make viewers in the Christian world blush, artists soon discovered that they could portray pagan gods in erotic environments acting like mortal human beings without serious repercussions. In the Renaisance period, for instance, Venus (the goddess of love) was depicted having intercourse with the gods Mars and Mercury and, in a lascivious moment, with a satyr.3 Also, the story of Jupiter, the almighty god from Olympus, has been told visually with Jupiter in the role of a womaniser; in the form of a mortal man he seduced Europe, and as a swan he persuaded Leda to fulfil his sexual desires. It is clear that the voluptuous swan was a useful camouflage to cover the sexual meaning of the works.

The theme of human intercourse with animals may seem an unlikely choice for artists who hoped to impress patrons and admirers, but even Leonardo da Vinci and Michelangelo used it and the Barbican exhibit includes a 17th-century reproduction by an unknown artist of a da Vinci original on this subject. French artists from the Rococo period used an image of Jupiter as a swan to create eroticism in their paintings, without shocking an audience. Christian religious constraints were not, for the most part, of great concern for artists working in the Rococo style, who had a somewhat mischievous orientation. Hedonism was a topical subject described by the 18th-century French painters. For example, François Boucher (1703-1770) painted a much more explicit image of the legendary episode; his exuberant 'Leda and the Swan' (1740) showing a naked woman with a curiously long-necked bird overtly expresses sexuality and eroticism. On the other hand, another great painter, Jean-Honoré Fragonard (1732-1806), painted 'The Beautiful Servant' (undated), a work that allows viewers to see a moment of pleasurable intimacy between a rich man and his alluring servant. In 'The Beautiful Servant', Fragonard did not present a noble or bourgeois protagonist, knowing that from these classes came needed support and enthusiasm for his art. Instead, Fragonard's Leda is a girl from a lower social class, a fact that could also explain her amoral behaviour with her master.

As 'Seduced' reminds us, sex and art have had a long association. From a sociological viewpoint, in this respect, art has mirrored society. Sex is ever present in society, but camouflaged in such a way that, however ubiquitous, it is also hidden. Artists have chosen fictional or marginalised characters as protagonists in the action in order to establish a sense of distance, allowing viewers to be 'voyeurs'. Then, even when the characters come from the Bible (as for example, in Simon Vouet's 'Lot and his Daughters' from 1633), viewers are protected from their own and their society's taboos.

This necessary smoke screen was, of course, demolished with the invention of photography. Photographs fully acknowledge that real people have sex. Such early photographers as Felix-Jacques Antoine Moulin (1802-1875) used the new medium to expose naked bodies. Later, at the beginning of the 20th century, Grundworth and Monsieur X, among others, established photography as an effective visual language for erotic discourse. Another factor affecting the degree of overt sexuality in art is modernism, a sensibility that directly considers sexual themes and their primacy. A notable example of this tendency is the Surrealist movement, which paid homage to the Marquis de Sade, the 18th-century author who wrote about eroticism and the connection between pleasure and pain. Not surprisingly, surrealists such as Man Ray and Andre Manson connected some of their works with Sade's writings.

While 'Seduced' is a coherent display that successfully promotes the curators' thesis, one would be hard pressed to find an overall or particular treatment of the sexual discourse in contemporary art. At times, the discourse is conducted as a trivial matter, as was still-life painting in the past, with an ordinary subject used to exercise and understand other meanings. During the 1990s, American artist Jeff Koons (b.1955) made a photographic series as such an exercise. In this series, Koons photographed himself having sex with the Italian porn star (and later politician) Ilona Staller, his wife during the period.4 True to his style, in this series Koons dealt with kitsch compositions; even in explicit scenes, Koons' interest was not primarily in sexual matters. The artist used the pornographic to criticise mass-cultural fetishism.

Like Koons, other artists have navigated the boundaries between artistry and pornography. In 1977 and 1978, Robert Mapplethorpe (1946-1988) took a series of black and white photographs, displayed in this exhibit, which serve to illuminate the fine edge. Apart from Mapplethorpe's impeccable technique, there is little to distinguish these photographs from pictures that can be easily found on the Internet. The erotic potential and power are similar. The work of Japanese artist Nobuyoshi Araki (b.1940) provides another example of blurring boundaries. One of the artist's major photographic series, 'Erotos' (1993), takes as its name a word combining eros (love) and thanatos (death). At first glance, the photographs seem to be images of erogenous parts of the human body. A second look reveals objects, plants and even an exotic female eye. Araki's recurring themes include self, life and death, but the artist claims that he works with libido and that it comes first in his art.

If in the past Western artists used other elements to cover or obscure sexual meanings, in contemporary art sex is often and largely used as a springboard to discuss other issues. As suggested by the curators, a contrast between works made by artists from the East and West can be perceived. In Western art made from the 15th to 19th centuries, a variety of accepted motifs were used to disguise sexuality, while Eastern artists and their works seem to be less restricted by accepted notions of eroticism. The characters portrayed in works from the East are mortals, and might even have been named by their creators, who did not shy away from also bestowing professions and titles on them. Prince Mohammad Agar (son of Aurangzeb, who ruled the Mughal Empire from 1658 until his death in 1707) provided Indian artists with an image of the lover found in many watercolours from the late 17th century. Works such as 'The private pleasure of Prince Mohammad Agar son of Aurangzeb by Rashid' documented the prince's private pleasures.

As with food and dress, sexuality is dictated by culture and society, and distinct characteristics can be detected in images made at different times and in different places. When featuring couples in the sexual act, Chinese artists from the late 17th and early 18th centuries show the couples naked, looking at each other and framed by a peaceful landscape. The imagery successfully captured a sense of intimacy and romance, adding an element of excitement that is more emotional than physical. Japanese paintings from the same period are at the other end of the specturm. Taking the same subject and using almost the same technique with fine, smooth brush strokes, Japanese artists had a nearly obsessive interest in male and female genitalia, and in their works these parts of human anatomy can seem grotesquely rendered. Sexual positions are also the pre-occupation of the Indian illustrated text of the Kama Sutra of Vatsayana from the 18th century. The male lovers in these illustrations gaze at the horizon; couples interact without emotional application.

In a show about art and sex, one would expect to see 20th-century works by Pablo Picasso, Andy Wahrol, Egon Shiele and Marcel Duchamp, and these artists are indeed represented in 'Seduced'. But so are the English painter JMW Turner (1775-1851) and the great Dutch Baroque master Rembrandt (1606-1669). It may come as a surprise to visitors, who totalled more than 40,000 well before the close of the show, that Turner and Rembrandt made erotic drawings. In hindsight, though, it is not so surprising, as sex is an extremely, perennially popular topic. In fact, it is the oldest subject in the world, and one that artists throughout history have plumbed in remarkably diverse ways.

References
1. 'Seduced: Art and Sex from Antiquity to Now' opened at the Barbican Art Gallery on 12 October 2007 and closes on 27 January 2008.
2. 'Seduced' was curated by Marina Wallace, Martin Kemp and Joanne Bernstein.
3. At the Barbican, Venus was shown with Mars in an engraving by Hendrick Goltzius, ca.1588, and with Mercury in an oil painting by Prince Bartholomaus Spangerand, ca.1585. The story of Venus's involvement with the satyr is told visually in an oil painting attributed to Pacecco de Rosa, undated (ca. 1607-1656).
4. Koons and Staller divorced after her contribution to the series. 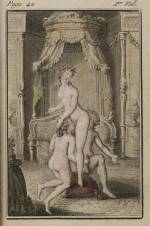 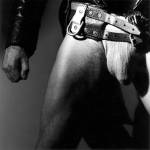 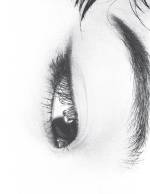 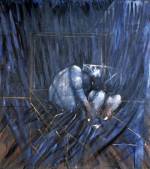 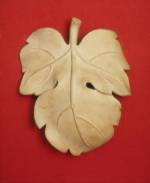 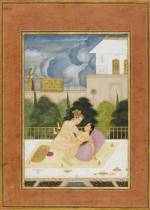 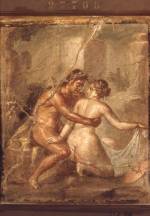