'The Mayan civilisation was ruled by a caste of peace-loving astronomer priests' … One of last century's more celebrated anthropologic misinterpretations. The great archaeologist Sir Eric Thompson's opinion held sway until the 1960s, when enough glyphs were deciphered to reveal a religion centred upon war and ritual human sacrifice.

The Martial Museum of Terrestrial Art purports to be a display of Earth artefacts collected over a decade by Martian anthropologists in an attempt to understand what humans mean by 'contemporary art'. There are 200 works by 100 artists, mostly sculpture, but also works on paper, mixed media, photography and video. The fictional alien curators describe, classify, earnestly discuss and humorously misconstrue the objects. The dual aim is to force us to look anew at familiar objects and contemporary art movements and reflect upon our assumptions, prejudices and value judgements.

The result is a highly enjoyable whirlwind tour of artists from the 1960s to the present day, including the very well known - Beuys, Christo, Eno, Hirst, Hepworth, Holzer, Stezaker, Warhol and Wyn Evans - and some who are very new.

Just as Western collectors took objects from other cultures and put them in museums completely isolated from their context. The 'Martians' impose their own preconceptions - many of the exhibits are assumed to functional - and classify them accordingly.

The real curators, Francesco Manacorda and Lydia Yee, play the roles of the Martian curators who have classified and arranged objects to make strange and inventive juxtapositions. There are four broad categories: 'Kinship and Descent'; 'Magic and Belief'; 'Ritual'; and 'Communication', each of which is further subdivided.

The lower level of the Barbican gallery is ' The Great Hall of the Ancestors', part of 'Kinship and Descent', wherein, for example, Sherry Levine's polished bronze version of Duchamp's original urinal ('Fountain: 5') is a recreation using traditional art materials and methods (as opposed to Duchamp's 'found object'). It is a 'tribute' to the 'great wisdom' of this particular ancestor. Jay Heikes' 'The Family Tree' - a sculpture of an inverted tree whose branches are draped with sports jackets is, 'A totem - guardian spirit of a particular clan or social group among humans which may take the form of a plant, animal, machine or even a material associated with a mythical ancestor'.

In common with many real museums, there is a room of 'unclassified objects', recent acquisitions that mystify the curators. Here is one of the exhibitions most interesting newcomers, Dr Lakra, an artist from Mexico represented by 'Untitled (Cupido Lupita)', a plastic doll covered in intricate tattoos.

The exhibition is at its best when it provides a slightly off-centre view of the objects and their supposed significance. This forces us to ponder what we actually know - or think we know - about what the objects really signify and the place of contemporary art in our world. Often, this process is helpful and illuminating. Within 'Magic and Belief' is 'Icons' - where Warhol's 'Chairman Mao' and Scott King's 'Pink Cher' '… demonstrate that humans find it difficult to distinguish between visual representations of the deity and the deity itself'. 'Relics and Spirits' contains Jeffrey Vallance's 'Shag carpet relic from Elvis Presley's jungle room, Graceland' which is a tiny piece of carpet mounted in a 'mediaeval' reliquary as befits its role as a venerated relic of a saint.

But there are some descriptions that not only miss the point but seem to diminish the object concerned. For example, the account of Barbara Hepworth's classic, biomorphic abstract 'Icon' from 1957 is: 'This wood carving closely resembles the distinct facial features of inhabitants of the Cassiopeian Delta. This may not be entirely coincidental, as a Cassiopeian agent was conducting fieldwork in the Mediterranean region around the time that the sculptor visited Greece in the 1950s'. This description seems designed to obscure rather than illuminate.

However, the missteps are rare. Additional humorous and clever commentary is available in the audio descriptions, which can be downloaded free from the Barbican website onto an mp3 player and brought along to the gallery. There is also a printed guide for 'Martian visitors' that supplies an overview of the 'curatorial objectives' of the Alien Affairs Committee which has 'organised the expeditions to Earth' for collecting purposes.

It is very refreshing of the Barbican Gallery to mount a major exhibition that uses the misunderstanding of art as a theme; particularly since the contemporary art world takes itself so very seriously. If not handled well, this sort of exhibition could be either excruciatingly self-indulgent or prompt hoots of derision from the popular press gloating, 'We told you modern art is all a joke'.

This exhibition straddles that difficult line with grace and bravado and will serve as both an introduction to contemporary art for the neophyte or a witty review for those already initiated. 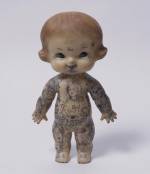 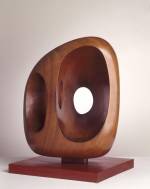 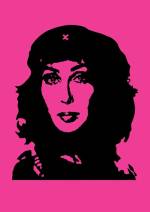 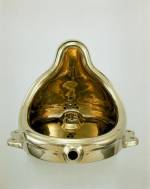