Yoshitomo Nara: From the Depth of my Drawer

Yoshitomo Nara: From the Depth of my Drawer

'From the Depth of My Drawer', Yoshitomo Nara's solo exhibition at the Hara Museum of Contemporary Art in Tokyo, comprised a selection of 225 works chosen by the artist. The works offered a comprehensive view of Nara's artistic output, including paintings, drawings, figure studies, installations and photographs produced over the last two decades. It is said that as we look back on our lives, we tend to recall only the good memories. But the memories that appear to inform Nara's work are far from idyllic reminiscences of happier, childhood days. 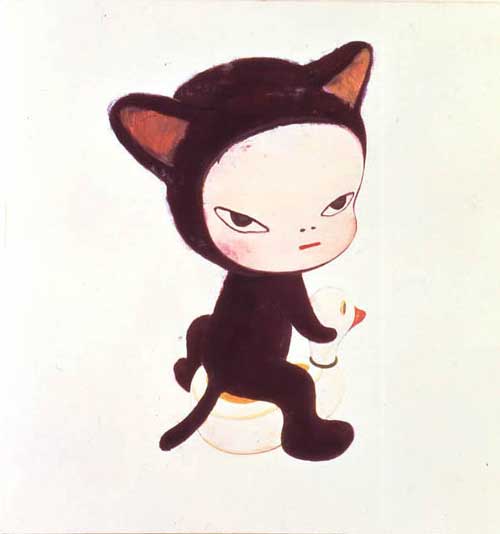 Yoshitomo Nara was born in 1959, in Aomori, in northern Japan. He was brought up by working parents and spent much of his childhood alone. Although he made close friendships, he was not naturally outgoing and seems to have turned much of his anger inwards. As a result, he created his own imaginary world and artistic expression became the outlet for his fertile imagination.

Today, Nara is known for his distinctive depictions of children. His cartoon-like figures often have disproportionately large, wide foreheads and wear distinctive angry or aggressive expressions. Nara's work remains very personal and his memories of childhood provide a rich source of artistic creativity. It seems likely that the children in his paintings are self-portraits (although he himself says that there is no specific model for his works and that most of the children he depicts are anonymous).

Nara harboured a considerable amount of anger and grief from childhood, which eventually blossomed into a rebellious spirit. Perhaps this explains the stance of so many of his figures, which tend to stand alone, glaring out at the viewer as if challenging them to explain the situation and society into which they were born. Rock music has long been influential in his life and has infused his art. Since adolescence, he has been a fan of rock bands and his favourite songs provide an emotional and cultural backdrop to his work. Nara's images resonate at a deeply personal level and the devotees of his work come from varied backgrounds and fields. Perhaps it is this air of confrontation that attracts them. The minimal, abstract settings in which Nara places his subjects are as startling and enigmatic as his figures and cannot easily be put into a context. This provides the audience with the opportunity to identify freely with the figures depicted in the paintings. 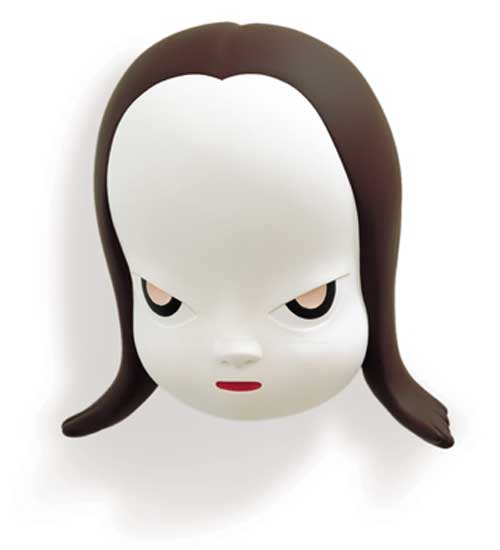 His child and animal figures are, in effect, symbols of betrayed innocence, as well as objects of sacrifice in an increasingly secular world. Whether a surly-faced girl made from fibreglass reinforced plastic, a girl dressed in punk fashion holding a knife, or a pouting kitten, the images reveal explicit dissatisfaction - the figures' sober expressions indicating that perhaps they have seen the darker side of a world dominated by adults.

In the light of Nara's innocent, yet emotionally complex sources, it may be surprising to discover that his painting technique is firmly based in tradition. Important influences include the Italian medieval painter Giotto di Bondone and Renaissance painter Piero della Francesca. During the 1980s, Nara painted dark backgrounds, emphasising the tonal gradation of colour of the figures, which appear to float in a flat, abstract space. The use of light, pale colours creates a calm tonality similar to that of the Italian frescoes by Fra Filippo Lippi and Fra Angelico.

Since Nara became a student at the Düsseldorf Academy of Art in the mid-1990s, he has staged numerous exhibitions at public and private galleries, both in Japan and abroad. Commercial galleries in the Netherlands, Germany, London and New York have also shown his work and he has been the subject of nationwide exhibitions in Japan, which travelled to museums in the USA in 2003. Nara's reputation as a compelling artist is now firmly established and this is represented by his notable exhibition at the Hara Museum of Contemporary Art. Formerly the residence of an entrepreneur, in 1979 the building was converted into a museum to show Hara's collection of postwar international art. As an art student, Nara frequently visited the museum and was exposed to its avant-garde holdings.

For this show, Nara wanted to re-examine his creative output. Although the details of the figures have changed over the years, his themes and subjects have not. Nara states, 'I found out that I have been doing the same things for 20 years and have not improved much. But in a way, I am pleased…that I have been consistent.'

A work by Nara can now command as much as $30,000 at auction. Despite his commercial success, the artist's rebellious spirit remains as strong as when he first started to paint. His use of fragile, ephemeral lines is an authentic and sincere expression of feeling, while his provocative subject matter is a direct demonstration of dissent. 'From the Depth of My Drawer' testifies to the artist's continuing commitment to exploring his vision to its fullest extent. 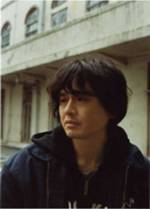 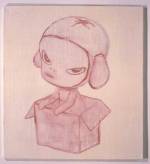 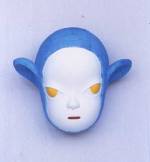 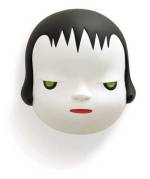