The Mori Art Museum opened in Tokyo this October. It is part of the 11-hectare urban development enterprise, Roppongi Hills, conceived by the property developer Minoru Mori and opened in central Tokyo in April of this year. The unprecedented scale of the Roppongi Hills project took Mr Mori's firm, Mori Building, 17 years to complete. Its concept is 'a city within a city' and it contains apartments, a hotel, an office tower (the so-called 'Mori Tower'), a TV broadcasting company as well as dining, retail and cinema on a grand scale. The Mori Art Museum occupies the 52nd and 53rd floors of the 54-storey Mori Tower.

The Mori Art Museum is a privately funded institution and is the brainchild of property developer Minoru Mori who, with his wife Yoshiko Mori, was committed to creating a contemporary art museum in Japan. Aware of the fact that Tokyo lacked a proper institution to present contemporary Japanese and Asian art to Western countries, Mori appointed a British director, David Elliott, from the National Museum of Modern and Contemporary Art in Stockholm. Elliott was originally Director of the Museum of Modern Art in Oxford. He has also staged many exhibitions on post-war Asian art and will be well placed to present contemporary Japanese arts and culture to the rest of the world with a refreshing perspective that, perhaps, a Japanese director could not have mustered at this point. For the museum architecture, Mori called upon American architect Richard Gluckman, well known for the Whitney Museum in New York and Andy Warhol Museum in Pittsburgh. Mori has also gathered high profile figures from the global museum world including Glenn Lowry from the Museum of Modern Art in New York, Alfred Pacquement from Georges Pompidou Centre in Paris, and Nicholas Serota from the Tate in London to form an international advisory board, thus ensuring that he gets a museum with a truly international viewpoint.

Elliott says, 'Tokyo seems to be isolated from the rest of the world and now it is about time to communicate and get involved with the rest of the world'. He recognises great energy in Japanese audiences but points out that the contemporary art community is still very marginal:

'We are very concerned in the relationship between art and our life. Art is only intelligible in its relationship to our life. Without that, art has no meaning. So our policy is to focus on the contemporary, primarily Japan and Asia, the things around us; not just a visual art but also fashion, design and architecture which make our museum different from other museums in the world.'

The Mori will not at first be creating a permanent collection. Having said that, the Mori has already commissioned about 20 public artworks and street 'furniture' from leading international artists and designers to adorn its premises. This, together with the museum's extensive outreach programmes, underscores the museum's vision of making contemporary art more accessible. And the Mori is not just confined within the museum; its activities will include performances in the outdoor arena, with the aim of flowing into the city at large. 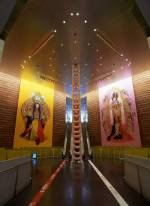 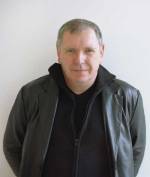