The story goes that in 1909 the minor American painter Max Weber, a friend of Gertrude and Leo Stein in Paris, brought in his suitcase the first Picasso – a small, modest Cubist still life – to America. The Spaniard had his first one-man show in New York in 1911 at Alfred Stieglitz’s 291 Gallery and then created a sensation at the legendary 1913 Armory Show. On 28 September 2006, the Whitney Museum in New York opened Picasso and American Art in anticipation of the hundredth anniversary of this momentous upheaval in the arts in the United States.

Every schoolchild knows that Picasso influenced American painting. But there were far many more foreign influences than the Whitney’s facile overview naively suggests. Picasso himself took as much as he gave. It is the sort of show one would expect the Museum of Modern Art, Manhattan’s shrine to Picasso and Matisse, to mount rather than the Whitney. The ghost of Alfred Barr, MoMA's first director, must have orchestrated the exhibit's official timeline of U.S. Modernism. The Whitney has tried to reinforce its own early recognition of the most famous member of the School of Paris by devoting a room to photographs taken by the American painter Charles Sheeler of the 1923 Whitney Studio Club exhibition, Recent Paintings by Pablo Picasso and Negro Sculpture. (Picasso never did visit the United States.) The snapshots pale next to several rarely seen but stunning Synthetic Cubist pochoir prints that Picasso prepared about 1920.

Picasso and American Art had all the makings of a landmark. How could the Whitney go so wrong with so many important works of art? Viewing the Picassos alone is worth the price of admission. The scholarship within the massive and expensive catalogue is impressive, and many of the legends of Modern American painting are represented. Still, the show was a risky proposition. Picasso remains the undisputed heavyweight champion of twentieth-century painting, whose passion and grandeur tends to dwarf all efforts by his successors. Most did not so much reflect on his genius as genuflect to this god of Modernism.

Predictably, Max Weber opens the show but he is out of his league in such stellar company. His self-conscious "primitivism" looks quaint, derivative, dated and, finally, patronizing. Fortunately, Marsden Hartley and Arthur G. Dove were not slavish imitators like Weber; they learned from the Modern Master and then moved on. The bright, slick Synthetic Cubist paintings by their contemporary, Stuart Davis, hold their own against the Picassos in this show. The jazzy abstract painting "Colonial Cubism" (1954) demonstrates how freely Davis, like so many others, borrowed from the Spaniard. And yet, Davis remained true to his own artistic personality. "Apples and Jug" (1923), "The Super Table" (1928) and, especially, "Lucky Strike" (1924) are less Cubist rip-offs than progenitors of Pop Art.

The affinity between the sculptures of Picasso and David Smith was striking at the Whitney, but Arshile Gorky and Lee Krasner shrank in the shadow of "Three Musicians" (1921) and "The Studio" (1927-28). A middlebrow like John D. Graham was lost among even these middleweights. Willem de Kooning deconstructed the Cubist aesthetic and produced some of the most disturbingly misogynous nudes since "Les Demoiselles d’Avignon." Jackson Pollock, too, was besotted with Picasso but eventually he threw off the Spaniard’s yoke to emerge as his own man. For a show so lacking in epiphanies, the moment when Pollock discovered his own aesthetic takes one’s breath away. It is the highlight of the exhibit.

By the 1960s, masterworks at MoMA like "Les Demoiselles d’Avignon," "Girl Before a Mirror" and "Guernica" had so permeated American culture that, to the next generation of artists, they looked about as avant-garde as "Whistler’s Mother," "American Gothic" and "Christina’s World." Pop Artists treated Picasso as ironically as comic strips and movie stars. He was a frequent butt of their visual jokes. After all, he was the most famous artist in the world—as famous as Elizabeth Taylor, Dick Tracy and Elvis. Picasso was a brand name like Brillo and Coca Cola. Tom Wesselmann slapped a cheap reproduction of a Picasso painting on the kitchen wall of his blah bas-relief of American bad taste, "Still Life #30" (1963). The two limp versions of Andy Warhol’s "Head (After Picasso)" (1985) at the Whitney lack the pizzazz of his Marilyn Monroes and Campbell’s soup cans. Roy Lichtenstein’s adroit riff on Picasso’s Modernist reinterpretations of Velazquez, Cranach and other Old Masters in "Still-Life After Picasso" (1964), re-visualized with the American’s patented painted, industrial-strength Ben Day dots, sweetens Pop Art mockery with tongue-in-cheek admiration and affection. In 1969, Claes Oldenburg wittily played with all the hoopla surrounding Picasso’s Richard J. Daley Center Monument in Chicago with a small soft cloth reconstruction of Picasso’s gigantic steel sculpture.

Juxtaposing the 1960 "Painted Bronze" of two Ballantine Ale cans by Jasper Johns with Picasso’s odd painted sculpture "Absinthe Glass" (1914) does have its wry aesthetic point; but of all the artists in the show, Johns most disappoints. His addled, cliché-riddled autumnal "Seasons" (1985-1986) and other late paintings with their sometimes merely fleeting references to Picasso lack the brilliant, vibrant audacity of his now-classic studies of the residue of consumerism—his numbers, flags, maps, and targets.

Just as the old Saturday Evening Post warned, "Pop art/ Op art/Soon will/Stop art," Picasso and America Art implies that Picasso’s influence, as well as twentieth-century American painting, died with Warhol and his fellow ironists. (Picasso’s death in 1973 provides a convenient cut-off date for the exhibit.) Perhaps it would have been more accurate to call the show "Picasso and American Art in the Twentieth Century." His influence remains pervasive in contemporary painting. One wonders if it will ever break free of his dominance. Alas, the Whitney show never addresses this issue. While there are some extraordinary works on view, Picasso and American Art is, in the end, a safe and disappointing visual essay in the obvious.

Picasso and American Art closed at the Whitney on 28 January 2007. The show travels to the San Francisco Museum of Modern Art (25 February-28 May 2007) and concludes at the Walker Art Center in Minneapolis (17 June to 9 September 2007). 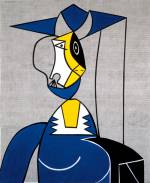 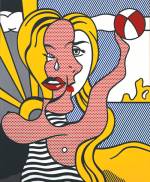 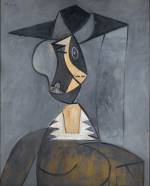 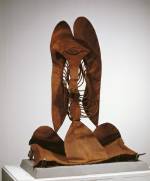 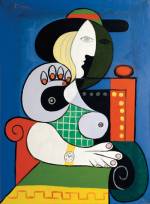 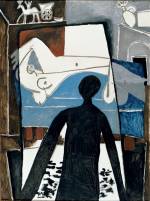 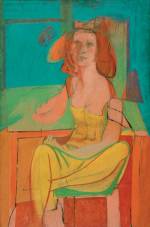