This rare and beautiful exhibition presents 18 works by artists from France, Hungary, Russia and the US who shared the aims of cubism as applied to landscape, still-life and quotidian life

Cubism liberated painting from one-point perspective established in the Renaissance and thus enabled the primacy of the object of art to be asserted and explored. Pablo Picasso’s Les Demoiselles d’Avignon (1907) is at once the iconic work that heralded modern art in the 20th century and the artwork that encapsulated many of the ideas that would, in the years that followed, be repeatedly defined. Indeed, the significance of this first cubist work was only addressed in 1939, when Alfred Barr, in his book Picasso: Forty years of His Art, referred to it as a transitional work, a view challenged in 1972 by Leo Steinberg’s groundbreaking essay, The Philosophical Brothel. Anthony Blunt’s essay in the 1970s linked Les Demoiselles to Nietzsche.

Although one of the most discussed paintings in the 20th century, it suffered a 30-year period of obscurity after it was created. When in the late 20s it was offered to the Louvre by the collector Jacques Doucet, it was refused, for Les Demoiselles also had all the hallmarks of a battlefield and it represented a visual manifesto. Both factors made it difficult to comprehend or to assimilate with the analytical cubism led by Picasso and Georges Braque that followed. Picasso’s key work would not be understood or viewed in public until 1937 when it was sold to the Museum of Modern Art in New York. Picasso pursued the implications of his work and, between 1907 and 1911, he continued to dissect the visible world into facets of monochromatic planes of space. Cubist principles saw naturalistic representation reduced, and for many artists mimetic form disappeared entirely. Painting thus became an end in itself for the first time in the history of western art.

In 1911, Picasso and Braque began to introduce letters and scraps of newspapers into their cubist paintings, thus giving birth to an entirely new medium, the cubist collage. With Braque, Picasso’s cubist work also set the tone for one of the most highly theorised movements, a factor that after the severe interruption of the first world war, prompted numerous artists to extract its aesthetic qualities but move away from its theory. In 1915, and again in the early 20s, Picasso turned from abstraction to a realistic and serenely beautiful classical idiom. By the late 20s and the early 30s, surrealism, which had been launched by André Breton in Paris in 1924, had eclipsed cubism as the vanguard style of European painting. The impact of cubism on surrealism is marked and its profound influence on futurism, orphism, abstract expressionism and Russian constructivism is undeniable.

Following the initial impact of cubism between 1907 and 1914, Lhote was the first artist to apply cubism to landscape. Like numerous artists at the time, he found the theory of the movement to be overbearing, prompting him to establish an alternative academy and to publish regularly, becoming an influential teacher of the next generation of artists. Cubism 2.0 includes his 1945 painting Sur la Terrasse, which was exhibited at the Venice Biennale in 1954. It was in the application of cubist stylisation as a formal discipline to scenes from everyday life that Lhote worked most successfully, perhaps in part due to the fact that he had studied decorative sculpture and possessed a strong sense of design. In 1917, after discharge from the army, he became one of the cubist group supported by the collector Léonce Rosenberg. He also began to contribute regularly to the Nouvelle Revue Française and wrote a number of books on art. He taught at the Académie Notre-Dame des Champs in 1918-20 and afterwards at various other art schools, including one he founded in Montparnasse, and lectured widely in France and abroad.

Cubism can be seen for many artists to constitute a stepping-stone to abstraction. During one of the most intense periods of cultural history, political upheaval art was intense and dichotomous. There was much criticism of the cubist movement, led by Louis Vauxcelles who organised an anti-cubist exhibition at the Galerie Blot in 1918, in which he included Lhote and Diego Rivera. Vauxcelles wrote prolifically for several journals and was extremely influential, although the first world war had already destroyed the movement’s brief period of cohesiveness. Picasso, Fernand Léger and others chose to work in a neoclassical manner. Lhote chose not to reject cubism as Vauxcelles had hoped but his style was what has been described as a “revived and tamed early cubism”. It had a more refined appearance when considered alongside the most urgent and intellectual works by Picasso or Braque, and it is possible to identify the French tradition as rooted in the direct observation of nature, in response to Claude, Nicolas Poussin, Ingres and Cézanne.

Lhote’s success as a teacher and writer on art as well as a painter was perhaps due to the manner in which he was able to accommodate an analytical, nature-based version of cubism into a nationalist view of tradition. Lhote equated the “pure” cubism of Picasso and Juan Gris with foreign influences, an idea for which he roused great support.1 Lhote achieved a balance between modernism in both painting and writing, making him very much the modernist, but still a French traditionalist. The Hanina Fine Arts exhibition reveals that the artists on show share a balance between the important tenets of cubism that, in combination with the less iconoclastic approach of the early Picasso works, enabled cubism to continue to be practised for decades after the origination of the movement.

The Hungarians Bérény and Béothy identified in cubism the liberating potential to distort observed reality. Bérény was a member of the avant-garde art movement of Hungarian painters known as The Eight and the Gresham Circle; his poster design To Arms! became a key symbol of the Hungarian revolution. His cubistic painting Nature Morte (c1928) is on show at Hanina Fine Arts. Numerous Russian artists sought refuge in Paris after the 1917 revolution and found in the hermetic character of French art, a sense of belonging and succour. Béothy initially trained as an architect and was a member of the avant-garde group MA with László Moholy-Nagy, before moving to Paris where he exhibited at Rosenberg’s famous gallery, L’Effort Moderne. His bronze relief Opus 17 – Femme 1 is a fine example of his work from this period.

Other artists, such as Beaudin and Gischia, evolved towards a flatter composition, eliminating any sense of depth, allowing the stylised forms and vibrant colours to compete for dominance with the subject matter. Russian artists Charchoune and Chapoval pushed the cubist principle to the brink of abstraction, a destination that would become the inevitable conclusion for many post-cubist artists. A later work by US artist Parker, is included in the exhibition. Having worked with Hans Hofmann under Fred Hocks at the California School of Fine Arts in San Francisco, Parker travelled to Paris in 1951, where he stayed to paint, and attended the Académie de la Grande Chaumière, where he developed an important friendship with Léger.

Cubism and its legacy form a highly complex period of art history, as the study by Christopher Green reveals.1 Hanina Fine Arts has presented a rare and beautiful exhibition of works by a range of dedicated artists throughout a period of great upheaval in societal and personal terms, thus reinforcing the importance of cubist principles and the radical innovations that took place 100 years ago.

Reference
1. Cubism and its Enemies, Modern Movements and Reaction in French Art, 1916-1928 by Christopher Green, published by Yale University Press, 1987. 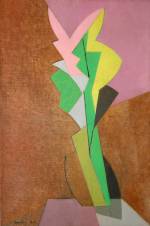 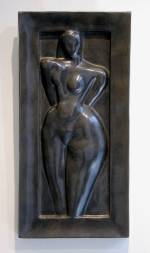 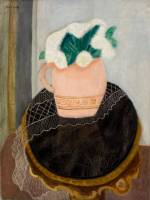 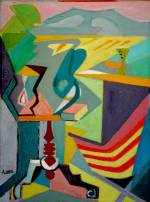