Conrad Shawcross: ‘It looks like a wonder of the world’

Conrad Shawcross: ‘It looks like a wonder of the world’

Conrad Shawcross talks to Studio International about his new public sculpture, Paradigm, and shows us round his studio and the fabricator as the final pieces are being put together.

In the final throes of putting together a new sculpture, Paradigm, to stand outside the Francis Crick Institute, near King’s Cross, London, Conrad Shawcross (b1977) is fulfilling the role of director – as well as creator – as his teams in both his studio and the fabricator Benson and Sedgwick endeavour to get everything ready in time. 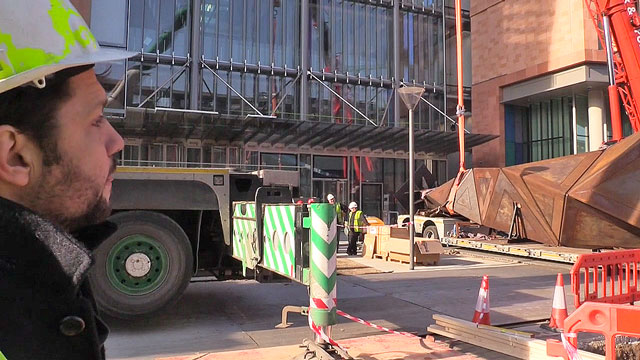 Conrad Shawcross at the installation of Paradigm outside the Francis Crick Institute, near King’s Cross, London. Photograph: Martin Kennedy.

Studio International was lucky enough to accompany Shawcross on a visit to Benson and Sedgwick, where he saw the sculpture, for the first time, in a nearly complete state. “It’s like being seven years old again and it being Christmas Eve!” he said, looking around excitedly with his camera phone out and a big grin on his face. 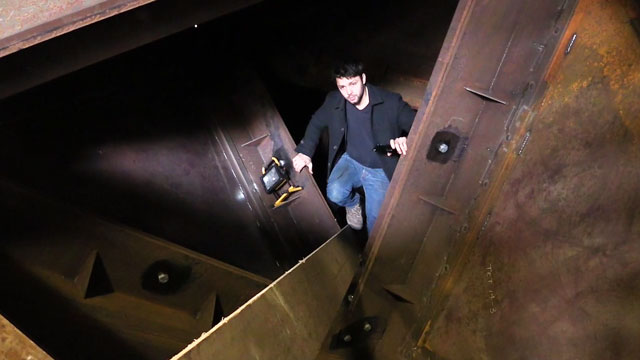 The work, made of weathered steel, stands 14 metres high and is 5 metres at its widest point, but balances (albeit with some serious underground bolting, deeper than the height of the sculpture itself) on a base of less than one metre wide. The precariousness and audacity of the tetrahedral forms is breathtaking, even seeing the piece as it lay on its side. 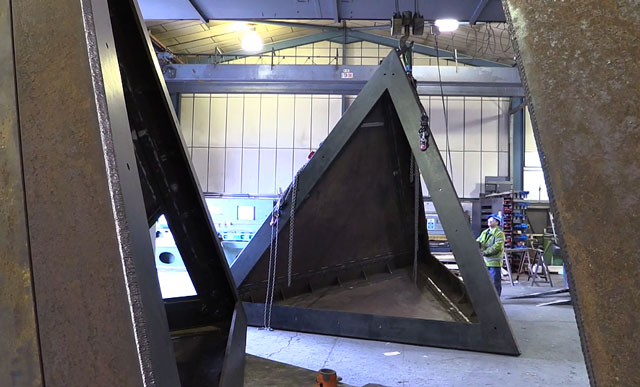 Paradigm being constructed at the fabricator Benson and Sedgwick. Photograph: Martin Kennedy. 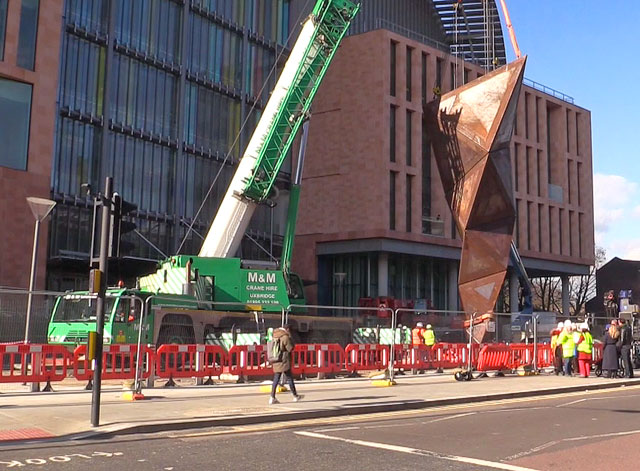 We were also able to watch and film as the sculpture was installed at its new location, outside the Francis Crick Institute at King’s Cross.