Michele Oka Doner: ‘We can’t repair the Earth if we don’t fall in love with it’

Michele Oka Doner: ‘We can’t repair the Earth if we don’t fall in love with it’

Walking into London’s David Gill Gallery, there is a sense of stillness and peace, the gentle scent of burning wax hovers on the air like in a chapel, and visitors are transported a million miles away from the hustle and bustle of Piccadilly’s rush hour. This is the work of Michele Oka Doner (b1945, Miami Beach), who, now in her fifth decade of artistic practice, has a longstanding interest in nature, the elements, ritual and wanting to make people slow down, stop and take a closer look at the world around them. 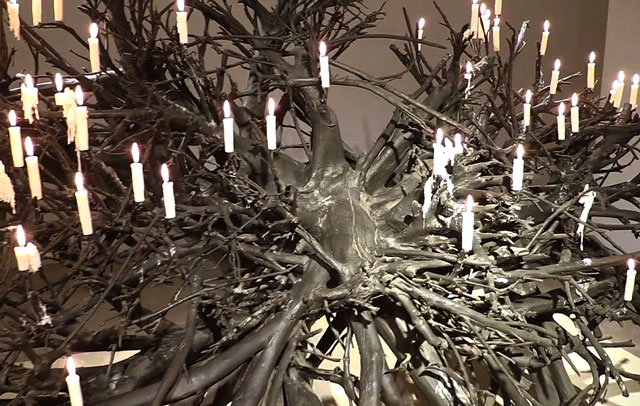 Her second solo show at the gallery pivots on a large bronze work, Altar II (2003), a complex cast, jigsawed back together, from an intriguing and manifestly beautiful tree root, which Oka Doner retrieved from the Hudson river, while visiting friends in New York, with the help of a tow truck and a 12-minute gap between trains on the Metro-North line. 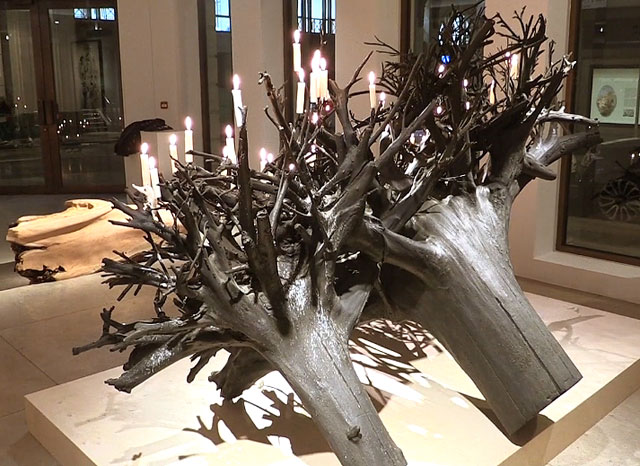 It is kept company by a number of smaller Burning Bushes and Shaman Sticks, all flickering bright with heavily dripping candles, creating a gentle, almost transcendental, glow. On the walls, there are huge, androgynous, black-and-white figures, printed in relief from ink-infused organic material. Inspired by the myth of Prometheus and the basic attributes that distinguish humanity from any other animal species, Oka Doner believes that all art begins with the sacred, and she relishes the excitement of discovery and transformation, creating something that is ultimately shared. 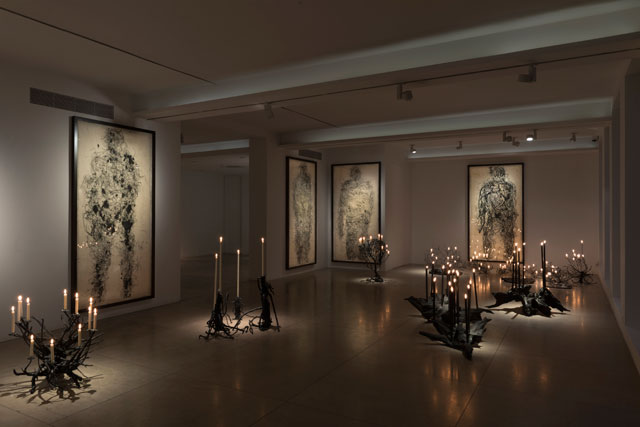 Oka Doner’s work ranges in scale from jewellery and furniture to set and costume design for the Miami City Ballet, and she has undertaken a number of large-scale public art commissions as well, including Radiant Site at New York’s Herald Square underground station and A Walk on the Beach at Miami international airport. In London for the opening of her exhibition, before heading to Oxford for the launch of a book (she is also a published author), Oka Doner spoke to Studio International about her practice in general and, more specifically, her love of fire and the need to bring it back into her life.