The word 'Droog' (pronounced 'droach' with a hard 'ch' as in the word 'loch') has a number of related meanings in Dutch: dry wit; unadorned; direct; matter-of-fact; to the point; and casual. After viewing a few of Droog Design's products, it becomes clear that none of these labels describe the collective's mix of artful and functional. Droog products are self-defining; the concepts, materials and functions are inseparable. Trying to unravel where one starts and another ends is seemingly impossible.

Until 14 January 2007, the Museum of Arts and Design (MAD) in New York City is showing a selection of Droog designs made from 1993, when the collective was founded, to 2005. MAD is the sole North American venue for 'Simply Droog: 10 + 3 Years of Creating Innovation and Discussion', and includes designs that have not been shown before in the USA.

When I visited the exhibition, the audience ranged from grade-school children to senior citizens. The wit that animates Droog designs drew surprise, laughter and much discussion. Listening to and watching their responses provided an instructive lesson in Droog's appeal; as they moved through the exhibit, visitors initially responded with confusion. Then curiosity took over and, finally, the concepts, materials and functions came together into a cohesive entity. When the 'aha' moment occurs, what is seen seems obvious and even natural. Many visitors will have a grand time making their way through a maze of red-and-white barrier lines and floor plans ('walls' created with grey tape and graphic depictions of room décor, illustrated with black rubber silhouettes on the gallery floor).

Droog's founders state that exhibitions are the best way to show their products. For the 2004 première of 'Simply Droog' in Munich, Studio Jurgen Bey developed the floor plan or 'blueprint' concept. The 2006 show has two parts. In the first, products are displayed in 'rooms' arranged into nine themes and the second part consists of photographs and documentary material providing a timeline and history of the collective's activities since 1993. The nine themes act as signposts for the concerns of the collective.1 They derive from the Droog philosophy and the designers' interest in how those who live with products on a daily basis interact with and contribute to them as functional art works. It might be most effective to view the products first, and then view them again while reading the 36-page gallery brochure explaining the conceptual framework behind the objects. The intellectual basis for the designs is fascinating but can detract from a spontaneous appreciation of household items elevated to art through a focus on simplicity and organic design.

When the idea for the Droog collective was conceived in Amsterdam by product designer Gijs Bakker and design historian Renny Ramakers, it was a reaction to the state of design at that time: neon-coloured, fussy and laden with gimmicks. Bakker and Ramakers recognised that consumers were eager for pared-down, accessible objects that reflected a new sensibility. For the 1993 Milan Furniture Fair, Bakker, a professor at Eindhoven's Design Academy, planned to show simplified and functional objects made by her students. These included a bookcase created from strips of paper and triplex by Jan Konings and Jurgen Bey; Hella Jongerius's polyurethane bath mat; and a chest of drawers for which designer Tejo Remy used cord to tie half a dozen wooden drawers into a bundle.

At MAD, this witty interplay between form and function can be seen in Maartje Steenkamp's 'Children's high chair' (wood, saw and sandpaper) from 2003, a product that adjusts so that as a child grows taller the chair can be made shorter with the saw.

The organic integration of the past into present-day usage can be detected in Cynthia Hathaway's 'Digital cuckoo clock nest' (digital display, cuckoo clock parts and bird's nest) from 2002, which cleverly bridges the present and past by placing a contemporary digital device within a structure recalling old-time cuckoo clocks, and in 'Rag chair wedding dress' by Tejo Remy (used clothes and metal strips) from 1991, which tangibly incorporates memories into a comfortable piece of furniture.

One of the most inventive products in the show is Michelle Huang's porcelain 'Bowls reinventing rituals' from 2002. For this project, Huang studied Chinese people living in the Netherlands navigating between cultures, specifically in relation to eating habits. She added a handle to a rice bowl, for example, to show that it is held while a person eats; for another bowl, she created a corner in which vinegar can collect. This reflects a Chinese tradition of leaving a bit of food behind to signal satiety.

The participatory nature of Droog designs is evident in 'Do Break' by Frank Tjepkema and Peter van der Jagt (porcelain and rubber silicon), 'Do Hit' by Marjin van der Pol (stainless steel with hammer) and 'Do Scratch' by Marti Guixe (existing wall lamp with black coating), all from 2000. Tjepkema and van der Jagt's porcelain vase is lined with a layer of silicon so that when someone tosses the vase and cracks the surface, the porcelain adheres and results in a unique vessel; van der Pol's chair can be hammered into a variety of shapes and is a 'convertible' piece of furniture; and Guixe's design enables its owner to become a graffiti artist when he or she makes scratches on the black coating.

Noriko Yasuda chose to explore nature as a part of home design in 'Footrest' (glazed earthenware and pebbles) from 2002. This comfort-producing object contains stones on which a person can rest and massage his or her feet.

Droog mainly consists of designers living and working in or near Amsterdam, but the collective's roster now also includes representatives from Portugal (Fernando Brizio), Singapore (Huang), Japan (Ayako Kishi) and Italy (Paolo Ulian). While a distinctive cultural element marks most Droog products, the collective's reach is international. A web of authorised dealers extends around the globe, including the UK, the USA, Australia, Saudi Arabia, South Korea and the Czech Republic.

For the most part, Droog promotes itself through international design shows, travelling exhibits, educational programmes and high-profile projects. Clients include Bang & Olufsen, British Airways, Levi's Europe, the New York Times and the German porcelain manufacturer Rosenthal. By winning such prestigious public commissions as Dutch Room cafés at the Museum of Modern Art in New York (1994-98) and the Baltic House Theatre in St Petersburg (2003), the name Droog is a fixed part of the avant-garde design community.

Clearly, Droog Design provides an entertaining exhibit, sparks lively discussion and offers an entirely different way of thinking about home décor. However, there is a bottom line: according to its founders, Droog products are viable commodities for a market ready for 'enlightened' design. To that end, they have established a distribution and retail network, Droog Outlet, and founded Droog Factory to gain control of production. The verdict is still out, but one thing is certain - as long as the spirit of Droog animates design, there will always be surprises.

Brief interviews with Droog designers are available on the Droog Design website: www.droogdesign.nl

Bibliography
1. Bakker G, Ramakers R. Droog Design: Spirit of the Nineties. The Netherlands: Uitgeverij 010 Publishers, 1998.
2. Droog Design. Simply Droog: 10 + 3 Years of Creating Innovation and Discussion, 2nd edn. The Netherlands: Uitgeverij 010 Publishers, 2006.
(The catalogue was first published in 2004 for the initial Droog exhibit, 'Simply Droog 10 + 1', and has since been updated with 40 additional pages of recent projects, products and designs.) 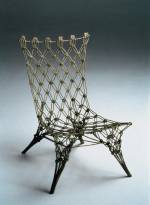 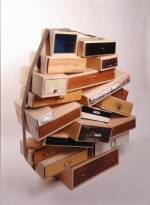 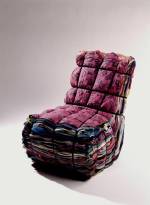