Claudia Wieser: ’I know there is the danger of beauty in my work, or a danger that it becomes purely decorative’

Claudia Wieser: ’I know there is the danger of beauty in my work, or a danger that it becomes purely decorative’

Ahead of the opening of her current show at the Marianne Boesky Gallery in New York, Berlin-based artist Claudia Wieser discusses her references from 1970s TV to Greek plays, and the danger of making work that is too beautiful 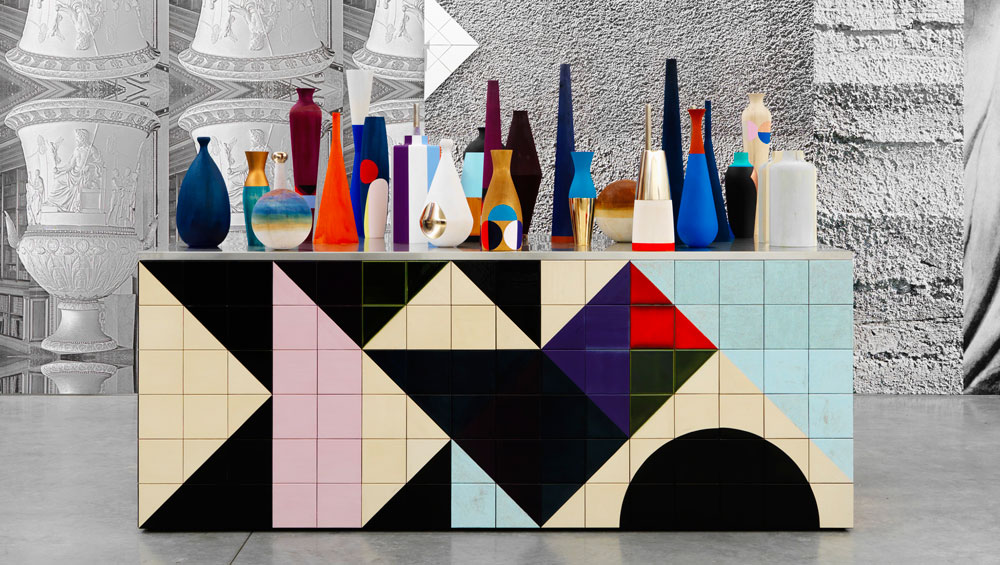 “You can step on those,” says Claudia Wieser, referring to a pair of large reflective plates on the floor. “They’re just steel.” Her studio is clearly also a workshop. Her casual way with the ceramic tiles and metals scattered around the room is a sign that, before studying at the Academy of Fine Arts in Munich, the Bavarian artist (b1973, Freilassing) trained as a blacksmith.

But with her classically modernist aesthetic – like the interiors of the Bauhaus Meisterhäuser in Dessau, but in a more dusty colour pallet – Wieser’s interest lies not just in materials, but in cultural histories as well. Her meticulous drawings of geometric patterns, often with gold leaf applied, have a ritual quality that is reminiscent of the esoteric pioneer of abstraction Hilma af Klint, and, as such, engage the more spiritual elements of modernism, prevalent especially in the Weimar Republic. However, Wieser’s work departs from her early 20th-century counterparts in its acute self-awareness – one that is realised, as she mobilises her objects to become props in a theatre setting. 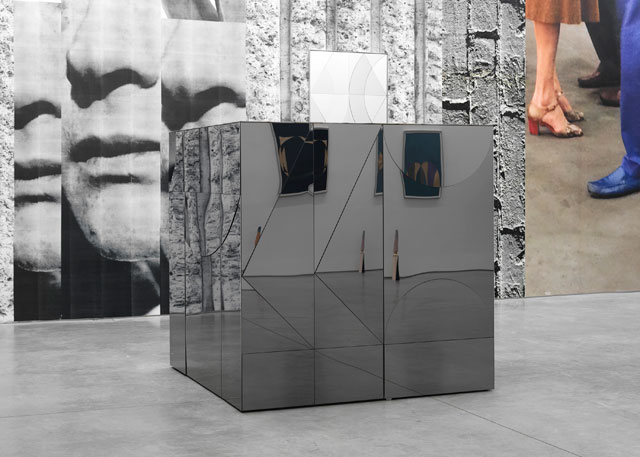 Mirrors and large-scale collages play games with dimensionality and perspective, making her work as alluring as it is disorienting. Outside the art gallery, for instance at Munich airport or in corporate offices, Wieser’s tasteful assemblages would almost pass for decoration, but, as Jacques said in Shakespeare’s As You Like It: “All the world’s a stage.” And on a stage, nothing is simply decor: this is what the artist wants to remind us.

For her new exhibition, Chapter, at Marianne Boesky in New York, theatricality and classicism are themes once again, this time taking on a special flavour in the context of the political drama unfolding in the US.

Kristian Vistrup Madsen: For your new show, Chapter, you were inspired by Robert Graves’s 1934 novel I, Claudius, watching the BBC’s 1976 television adaptation. How did you come upon the story?

Claudia Wieser: I spent three months in Italy last year, near Rome, and wanted to watch something about Roman history and the drama that went on then. The BBC’s I, Claudius is fascinating because there are so many layers in it: the history of the Roman Empire, Graves’s novel, the television aesthetic of the 70s. The visual language is very specific – really like a theatre – but you totally forget about it. It’s interesting how human psychology and human conditions haven’t really changed at all: it’s all about power and animosity and war – a lot of who killed who. 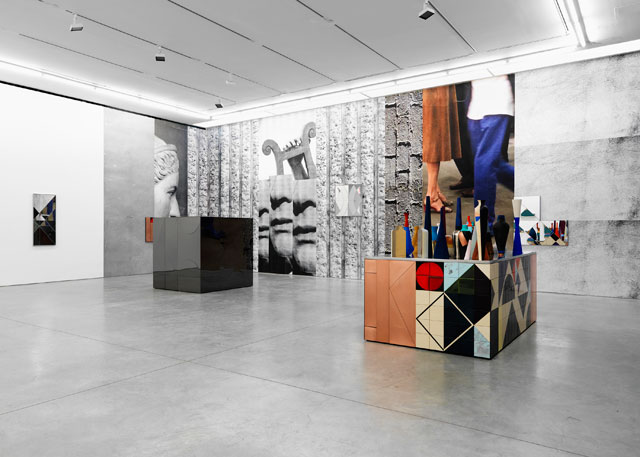 KM: Your work strikes me as highly aesthetic. In a way, it is surprising that there is such a strong narrative behind it.

CW: For me, the shows are what matters. Sure, the works stand their own ground individually, but it’s really important to give them a context, or a stage, or an environment, where each object becomes just one part of a narrative. In that sense, it’s not only about forms or shapes or colours or positions, but about having a starting point and developing a show from that. I try to create a space that you enter, and feel a difference from the outside. For example, when you go into a church, or a house by Corbusier, you are in another world. That’s a very powerful thing to be able to do. This is going to sound totally esoteric, I don’t mean it in a spiritual way, but, for me, art can change something in a person, not for ever but for a moment. 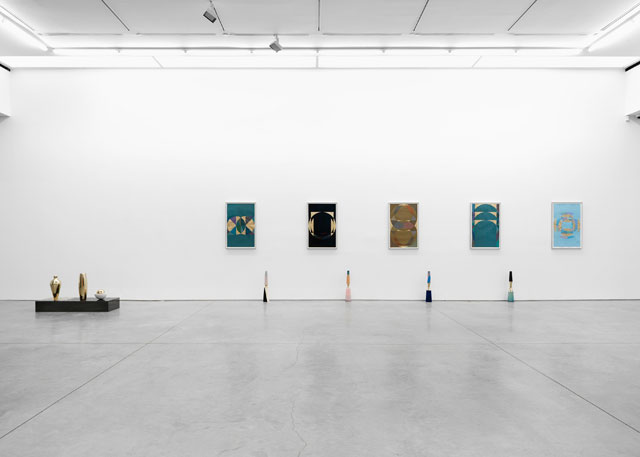 CW: In this case, I was thinking of a theatre, actually. The viewer is on the stage and walks around in this history. There is a wallpaper all the way around the room, a collage of digital prints and copies. The images come from different sources. Some are from I Claudius directly, and there are photos I took of human figures where you only see the legs, and some of Roman sculptures. Then you have two big plinths in the middle, with one covered by black stainless mirror-polished steel, so it’s reflective – people will see themselves in it. 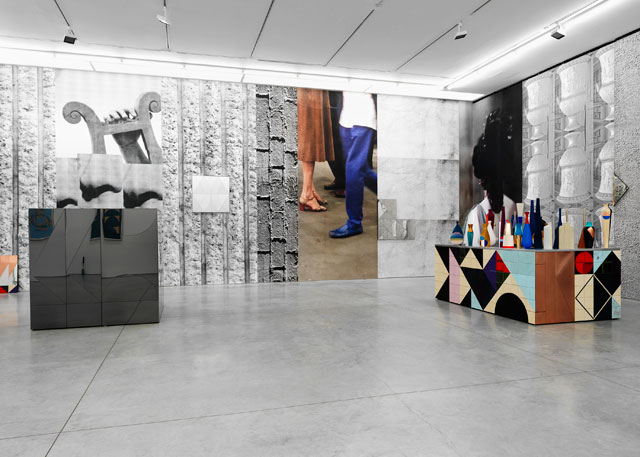 KM: People love mirrors in art. They can take selfies.

CW: That wasn’t the original thought behind it. I first started working with mirrors after I saw a staircase in Paris by an architect named Robert Mallet-Stevens that used fragmented mirrors in this way. But, of course, it has also the implication that people can look at themselves all the time, and that’s why they’re totally attracted to it.

KM: The other plinth is covered in coloured ceramic tiles forming geometric patterns that are quite typical for your work – very beautiful.

CW: In terms of colours, I think about finding a harmonic, balanced composition: warm and cold, dark and light. And I often use the format of the work, its frame, as a limit. What I do is not gestural or asymmetrical, it’s always very structured. But there’s also not a theory behind it – it just developed through the years. You start with something and it works and then you continue, you just have to be careful that it doesn’t become too good. Do you know what I mean? 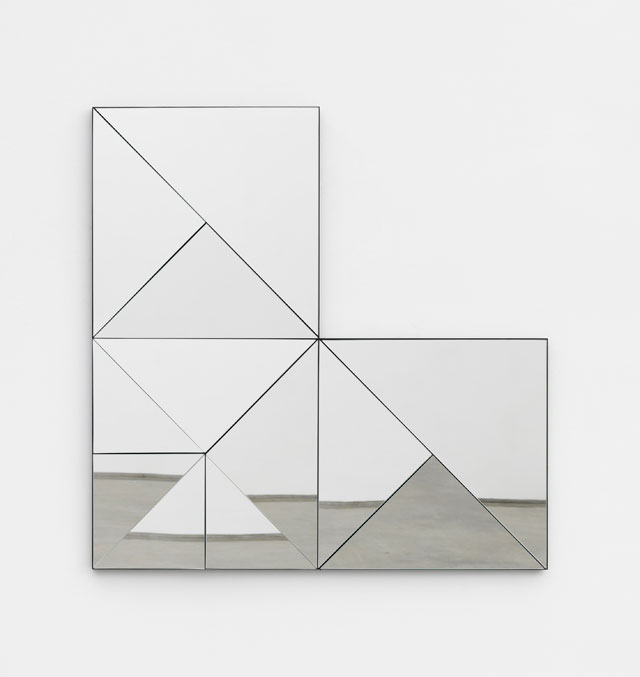 KM: That you are striving for a type of harmony or perfection, but you also know that if you ever get there, then the game is over?

CW: Like, if you’ve been doing something for 20 years and you know everything about it, there’s no mistake in it any more, and it’s too boring or too beautiful. I know that there is the danger of beauty in my work, or a danger that it becomes purely decorative. You always have to put something in it that breaks it. If you don’t, it’s very boring.

KM: What breaks it, for instance?

CW: One of the compositions on the plinth, for example, is mostly made up of smooth ceramic tiles in beautiful colours, but then the one in the corner breaks it, because it’s dirty, and there is also a copper tile. So that’s one strategy: using a colour that I really don’t like. But it’s difficult to talk about abstraction because it’s very intuitive. You can talk a lot about theory, but in the end even that is probably intuitive. 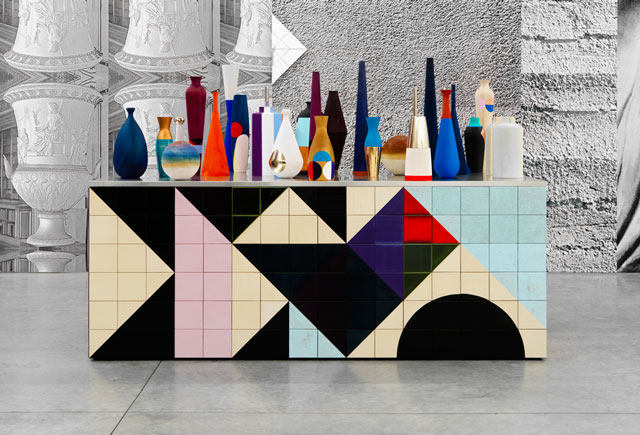 KM: What about the small sculptures on top of the plinth – they look like vases from an archeological dig. How are they “broken”?

CW: I had a show in Madrid in November last year that I worked on in parallel with this one, and there I thought more about archaeology. But the sculptures in this show are super-beautiful because they have gold leaf applied, and this is where I have to be very careful. I couldn’t even apply the gold leaf myself. It’s a technique they use in churches for restoration, and you train for years to be able to do it. So I have a gold-leaf worker who just does that. But I think in the context of the whole space they won’t be totally decorative, but function as props, or characters. They’re very different from one another, almost like a family constellation.

KM: And it is interesting that they are made out of wood rather than something precious, like porcelain, but then they have this very fine gold surface. In a way, they are so tasteful as objects, but then there are so many of them, and so many different colours, that it is almost too much. They each have an element that slightly undermines them.

CW: I also make the wallpaper out of photocopies, because otherwise it’s too nice – copies are always quite rough. 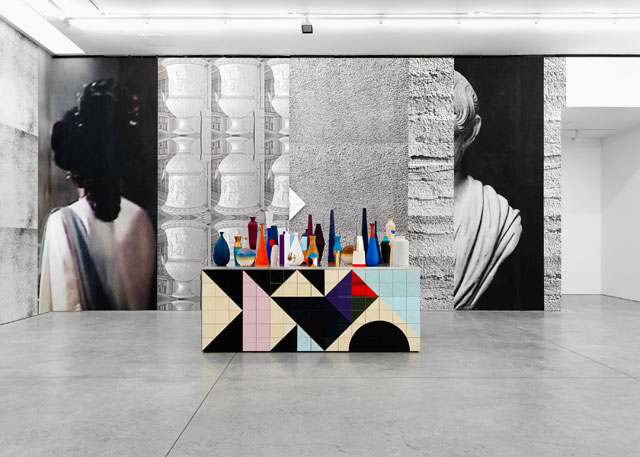 KM: Between the wallpaper as a backdrop, the mirrors and the objects as props, or cues for some kind of action, there is a lot of drama in the show. Why is that?

CW: In a general sense, I’m just interested in history and also the condition of humanity. But also, at the moment, the situation in the world, and in the United States specifically with the presidency of Trump, is almost like a really bad soap opera. I don’t want to make political work – or that is not how I work – but I don’t want my work to be just about shapes and forms either. Everything that’s going on right now moves me, and I try to find abstract, or associative ways of rendering it. I don’t want to tell anyone off, or be didactic. I just want people to enter the space and feel a bit beside themselves.

KM: And you become aware of the levels of theatre that always exist around us, and, I guess, the constructedness of all social interaction.

CW: Another thing that interests me is the relation between primitive, or pagan, rites, and our ideas of civilisation. The plinth could also be an altar in a church. A film that inspired me in this regard is Pasolini’s Medea from 1969, a really great film of the Greek play. [The opera singer] Maria Callas plays Medea, but she doesn’t sing. It was the only time she was in a film, but she doesn’t sing.

KM: What a great role for her!

CW: Medea comes from this rural, spiritual context into the organised, rational one of classical Greece, and these two worlds collide. She kills her children to punish her husband, who left her for another woman. Maybe there’s not much killing by poison today, but you can imagine that in politics there are a lot of things going on behind the scenes. It’s still basically the same process.

KM: And Medea is being reproduced over and over again because that story is so resonant. Not many women kill their children, but many women become desperate for the same reason that Medea became so desperate. And then there is the quality of the acting from that era. Because they use actors from the stage, it is very high drama. There is this extra level of camp.

CW: Did you happen to see Susanne Kennedy’s play Women in Trouble at the Volksbühne in Berlin?

KM: I did, actually.

CW: For me, it was a screen-saver. I left halfway through. I think she took out all the things that I normally love theatre for. But I am still thinking about it, so maybe that was a good move? Maybe I am too old-fashioned? What did you think?

KM: I found it incredibly boring. I saw it just before Christmas and, at one point, a woman in the audience started singing Christmas carols at the top of her lungs. I love the German theatre culture for this: if people don’t like something, they are going to say it. She shouted “I don’t get it”, and tried to climb on to the stage, before the security guards removed her from the room. People were provoked.

CW: But that’s a quality right? If you cause this reaction, at least something is happening. But I thought: “My God, this is torture.”

KM: Perhaps that play didn’t manage to find quite the right balance between drama and aesthetics, and the audience had to compensate. It was no I, Claudius, that’s for sure … 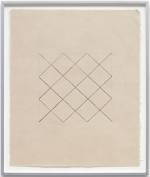 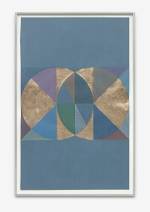 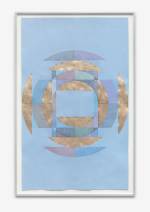 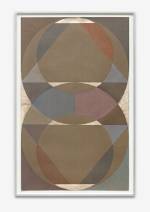 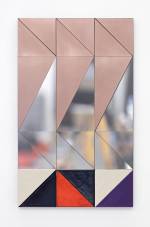 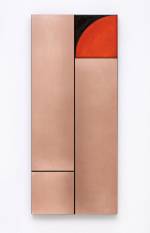 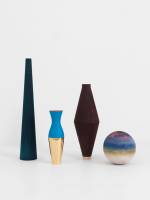 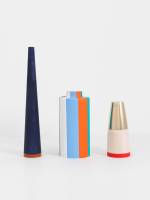