The tradition whereby literary works are recited rather than read in silence can be traced to the bard, and thereafter to the troubadour. As described in the works of Herodotus and others, the bard travelled about, from town to town, reciting verse, to the accompaniment of a stringed lyre. Much of what we read in prose translation from Greek literature, the Iliad and the Odyssey, was originally composed in hexameter verse for oral recitation. One might say that the sound and rhythm of the sentences are as important as the narrative content. James Joyce understood the importance of the oral tradition, and his works, Ulysses and Finnegans Wake, seems to be located at the intersection between the Greek and Irish traditions; one might say that these works are only really appreciated, that their subtle humour is only made manifest, when spoken with the inflection of an Irish voice.

Providing a genealogy for a body of artwork is sometimes necessary in order to appreciate its content, and to understand to what extent its visual imagery builds upon what went before. This seems especially true of the use of text in art, which flourished most notably as an artistic medium in the 1960s, perhaps as a result of an interest taken in the poets, experimental writers and theorists of that generation, such as William Burroughs, Allan Ginsberg and Marshall McLuhan.

In Art and Text (2009), there is just such a recognition of the legacy arising from the unity of word and image. The essays contained within what can aptly be described as an anthology of text and image draw upon the historical use of the word as image: the cascading lines of text presented in the work of Guillaume Apollinaire, in particular, La colombe poignardée et le jet d’eau (1918), the strategically placed words, the spaces between the words, and the contrast of font size, in the work of Stéphane Mallarmé, the use of fragmentory text in the collages of Juan Gris and Kurt Schwitters, and the contradiction between image and text exemplified in René Magritte’s seminal work, ‘The Treachery of Images’: Ceci n’est pas une pipe (1929).

Also presented is the work of the Art & Language group. These artists can be seen to question the notion of what it is for an image to represent an idea by offering an alternative way of rendering the image: an image of a text prescribing the means by which the art can be made manifest; or a text, a philosophical citation upon the nature of an idea, of an object, of a sign, from Frege or C.S. Peirce, for example, is rendered as, say, a photo-silkscreen image on canvas. Of the current artists working with text as image, there are pieces by Simon Popper, for example, Borromean, Sinthome (2006) which consists of copies of James Joyce’s Ulysses, altered in a way such that the words are printed in alphabetical order; and by Carey Young, in whose pieces performance plays a large part, including a speech on the art of public speaking given at Speakers’ Corner.

Art and Text provides the basis for understanding the motivation for the use of text and why it is an art form distinct from the billboard advertisement. There are images of Lawrence Weiner’s work, some of which is painted on the sides of walls, along walkways, as well as in the hermetic environment of the gallery space. Of the work in the gallery, there are a number of pieces, which provide instruction upon a particular issue: on the nature of resonance, for example; or of a description of an event. Other instructive pieces included in this book are those of Joseph Kosuth, whose, One and Three Chairs [Eng.] (1965) where a real chair is flanked by a dictionary definition of a chair and an instruction on how to realise the chair, and a photograph of the selfsame chair.

There are the neon pieces of Martin Creed, which convey to the viewer a certain transient quality and can be contrasted with works of a more permanent character, such as Gordon Young’s work Cursing Stone and Reiver Pavement, Carlisle (2001), which has text carved into granite. And there are works of a narrative character, such as John Baldessari’s Rolling: Tire (1972) which photographically captures the journey of a tire as it rolls down a hill, as well as providing a narrative for the event: a newspaper cutting of a description of a fatal accident involving a runaway tire.

Although the central aim of Art and Text is to draw together the main exponents of language-based art, of the use of text as image, it does offer some examples of artists working with sound and text, and musicians, such as La Monte Young, some of whose musical works are generated from a written set of instructions.

Coincidentally, the Institute of Contemporary Arts recently curated a show entitled ‘Poor. Old. Tired. Horse’, which brought together a body of work exploring the notion of text as image, and text as a means for producing sound, as an alternative way of producing a score. The work in this exhibition divides into two main groups: artists working in the 1950s and 60s who pioneered sound-poetry, such as Gerhard Rühm, Dom Sylvester Houédard, Ian Hamilton Finlay, Liliane Lijn, Henri Chopin, and those whose work is a direct descendant of the 60s sound-poets, for example, Matthew Brannon, Sue Tompkins. The work presented is diverse in its imagery; for some artists, Jose Lino Grunewald and Sue Tompkins, a typed word or letter strategically placed on an A4 sheet on paper suffices to create a sound-piece; others, such as Eugen Gomringer and Gerhard Rühm make visual rhythms out of the words on the page. Artists such as Ian Hamilton Finlay combine the use of image and text, or distort each letter, each line of a sentence, or have sentences circling and weaving through one another; yet others, Henri Chopin and Dom Sylvester Houédard, generate an overall image from a process of building up typed letters on the page; some of the pieces produced by Houédard, in particular Blue Audibles (1971), build up the image, by using a combination of type and carbon-paper prints, such that its effect is optical: one sees a figure, a shape, distinct from the background, but one also sees the background pattern encroaching upon the figure, so that the figure never extricates itself from its environment.

Of the newer generation, there are those who produce work in the spirit of the original sound-poetry, in particular Sue Tompkins, whose pieces, Untitled (2009) are produced by the aid of a manual typewriter, and involve either a single word, or a lone statement amidst a sprinkling of consonants. Francis Stark’s pieces also have a quality reminiscent of the 60s work. Stark is particular about the layout of the text, and positions rectangular portions of text at different levels in the lower right-hand corner of the paper. By contrast, Matthew Brannon’s two pieces entitled Words on a Page (2008) use the image, the typewriter and a cup, as tools for his narrative; for above the image of a typewriter, he positions the text, which consists of a chapter to a story, partly obscured by typed overlays.

Although there is a rich variety of work shown in this exhibition, the motivation behind the work is rooted in the idea of breaking down speech into its constituent phonemes: the work when spoken conveys not so much the semantic content of the words, but the sound, the qualities conveyed through pitch modulation and through the performer’s vocal technique, of those very speech acts. Concentration on the sound of the words is, to some extent, a way of transcending meaning and reference.

The idea of non-referential sound is something that also concerned the composer, Pierre Schaeffer, and his associates of the Groupe de Recherches Musicales, in the early 1950s. Schaeffer saw the potential for manipulating recorded sound by virtue of splicing and rearranging sections of magnetic tape. And like the sound-poets, he was interested in separating the referent of the sound from the sound itself, in order that one might appreciate, for example, the rhythmic intonations of the sound of a train, and not the sound in virtue of its relation to a train. To achieve his end, Schaeffer used various manipulation techniques, such as repetition, cutting out the onset component of the sound, and reversing the tape so that the sound plays backwards. Of the type of sound-based listening required for a non-referential sound experience, Schaeffer used to the term, acousmatic, which he borrowed from the Pythagoreans and their use of a screen interposed between a speaker and his audience, so that the audience might attend wholly to the voice, and not to the visual character of the speaker.

Acousmatic as a mode of directed listening can equally be applied to sound poetry, and seems to resonate with one piece, in particular Eugen Gomringer’s Silence (1953), a piece consisting of repeated lines of the word silence, rendered in grey ink, and running the full length of the page. The only interruption, if one may call it that, is a rectangular space in the middle. Presumably the artist equates silence with absence, and poignantly contrasts the recitation of the word silence with its absence on the page, and of course, in time. 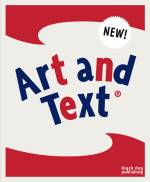