Baroque is above everything, the word for a particular style in music, ceramics, furniture, drama, carving and of course, architecture. There was never such a term until after the period had receded into history. But as this well curated exhibition shows, it spread across the globe from Europe to Latin America, to Asia, almost as a pandemic in cultural terms. It spanned the years from the l600’s into the early eighteenth century. Since the exhibition has opened in London, one might be forgiven for the parochial thought that there is barely a reference to an English Baroque. And yet there is a fleeting reference to an English baroque chair. Nonetheless, Grinling Gibbons’ superb carving, whether at St James’ Piccadilly or in St Paul’s Cathedral, does not qualify. The Victoria and Albert Museum’s own model of St Mary le Strand is the exception, and in an exhibition where architecture per se plays a surprisingly diminished role. There are no English examples quite as orgasmic as Bernini’s carved Estas of St Teresa in Santa Maria della Vittoria, covered here however only by a rather weak painting by a minor artist.

In England, the conjunction of high Protestant culture with higher Roman Catholic tributes was always uneasy. This conflict underlay the cultural differences between Northern and Southern European countries. Fortunately in England in the field of drama at the time the lineage from Elizabethan, Shakespearean drama, to Inigo Jones’ friend Ben Jonson was unbroken. Such a mathematical genius as Sir Christopher Wren, author of St Paul’s Cathedral, went uncelebrated in Europe. He achieved that perfect consonance between external and internal spaces and profiles. As Protestantism reached closer to the Baroque style, as with Sir John Vanbrugh’s Castle Howard, and Blenheim Palace, there was a point beyond which English Architecture could not go.

As the exhibition shows, formal gardens continued on the continent, from the l6th century to the 19th. Conversely, and fortunately, English Landscape and Garden Design was soon able, through the l8th century, to develop an enviable tradition of the Enlightenment or Natural Landscape, as developed by Lancelot ‘Capability’ Brown. Such gardens perfectly complemented, in the English landscape, the new spread of the Palladian Style, a major triumph for England, imported from 16th and 17th century Italy by Inigo Jones (an aspiring Baroque follower initially): he had realised the susceptibility of English landed proprietors for Palladianism, and their lack of conviction about the florid Southern Baroque. Much is owed to Jones, for his perception and foresight. Ironically it was the English Garden that was taken up later in the l9th century in France, Denmark, Germany and Sweden.

Notwithstanding the Roman Catholic counterpoint to Anglican Protestantism it could be said that England and in due course Scotland had arrived at a simplified classical style, one which reflected the milder post-civil war political climate. Meanwhile, the munificence the efflorescence of an all-embracing European Baroque style (and one which as a ‘brand’ spread through the colonies and trading partners across the world,) suited the higher tempo of the Roman Catholic hierarchy. Altarpieces, Lecterns, Screens and all the panoply of a highly ritualised mode of service formed a style even reflected in the costumes and the vessels and candles. The exhibition is careful to define its theme as of an untrammelled ‘pure’ Baroque: but this demands a new definition, surely, where purity is anathema to such deliberate excess of means. For example, in honour of Queen Christina of Sweden, the Barberini family in Rome hosted a packed event with an elaborate carousel for the guest. By contrast, it was not for nothing that in 1620 the first Pilgrim Vessel left England to keep free of such cultural excesses. They left behind them the burgeoning talent of Bernini in Rome, Rubens in Antwerp, and a Versailles Palace where Louis XIV was to disport himself divinely across the parterres. In organising this major exhibition on the Baroque it has to be recognised that much of the art in European churches was superlative, ‘branded’ from Rome. The sheer opulence of the culture can still be portrayed effectively. Even an Altarpiece of the Virgin of Sorrows, from Mexico (c.1690) reflects the swiftness of image transfer and the common acceptability in all its colonial territories of the Roman Catholic Church.

The abiding ethos of the Baroque style was always hard to define, However for those familiar with the more measured portraits by Peter Paul Rubens, the impact here of his ‘Descent from the Cross’ (painted in 1611 and now in the Courtauld) serves less today to impress than to sicken in its sense of despair, it cannot generate any semblance of piety.

There was always a dark side to the Baroque. 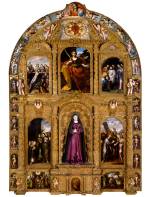 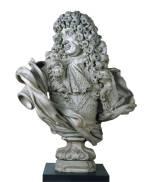 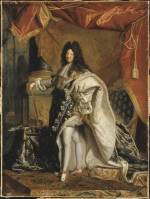 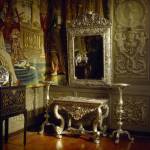 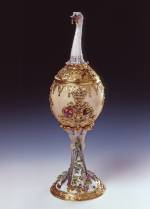 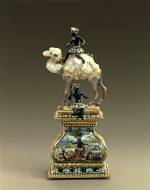 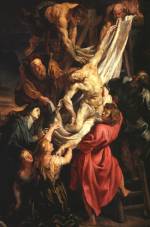 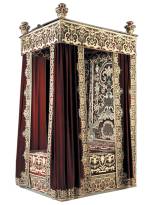 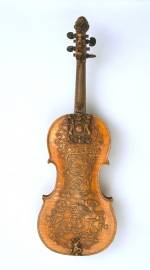 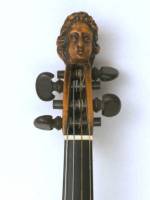