Adrienne Elise Tarver: ‘I think about intrusion and the transition from viewer to voyeur’

Adrienne Elise Tarver: ‘I think about intrusion and the transition from viewer to voyeur’

Adrienne Elise Tarver talks about notions of voyeurism, and her interest in personal space and the power of suggestion 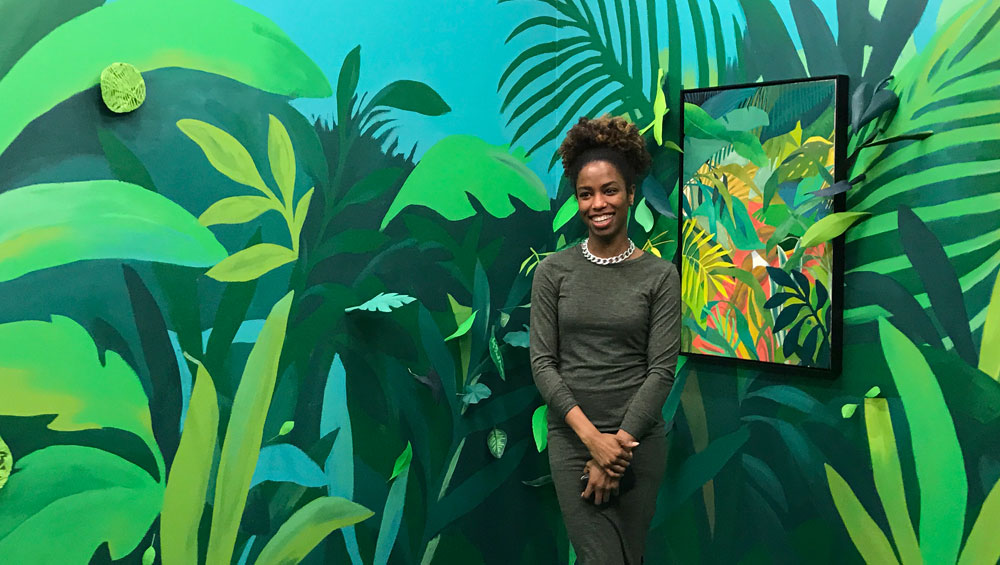 The work of Adrienne Elise Tarver (b1985, New Jersey) relies on multiple genres and shows a preoccupation with exploring the divide between appearances and reality. Issues of voyeurism, privacy and identity have been at the heart of her most significant exhibitions to date. Shows have included In the Eaves at the A-M Gallery, Sydney, in 2013, Eavesdropping at BRIC Arts Media Project Room, Brooklyn, and Stories of Shadows at Victori + Mo, Brooklyn, both in 2016, and, earlier this year, also at Victori + Mo, Secrets of Leaves. Her initial studies of these subjects relied on small-scale paintings and collages, which focused on the interiors of domestic spaces. In her series Home, she developed the notion of home through the creation of a small-scale model of the house she grew up in, assembled entirely from memory. In Tarver’s compelling project Estate Sale of Ms Vera Otis, the primary work displayed in Eavesdropping, she imagined the life of an unknown woman she came across in a photograph, through the construction of a house that the artist conceived as belonging to woman in the picture.

As well as interior spaces, Tarver has kept an interest in the external domain, embodied by her depiction of plants. Secrets of Leaves encompassed a large-scale installation, recreating a jungle environment, which consisted of wire mesh paintings hung from the ceiling and motifs of flora painted on to the walls.

Tarver received her BFA from Boston University in 2007 and her MFA from the School of the Art Institute of Chicago in 2011. She lives and works in New York City, where Studio International spoke to her.

Allie Biswas: In the Home series, you recreated your childhood home in a small-scale model format. Before this, in In the Eaves, you made a series of small collages and paintings of fragments of rooms. Were these your first examinations of interior spaces? Has architecture, in more general terms, been of interest to you?

Adrienne Elise Tarver: It started with old family photographs. My dad loves photography, so we have a large family photo collection. I was looking at, and painting from, these photos in graduate school, thinking a lot about memory, loss, absence and the space where these things exist. I’ve always been interested in architecture: I thought I wanted to be an architect when I was in high school. I still read a lot of architectural theory. In graduate school, I was particularly interested in how memory functions and shapes our experiences of spaces. My childhood home in the Atlanta suburbs (I lived there from age three to 10) existed only in my young memory and in these photographs. As a sort of experiment, I stopped looking at the photographs and tried to recreate this space from memory. There were walls and windows, a floor and some details, but what mainly came through were feelings of a space. I remembered the light coming through the windows and the warm wood of the fireplace, so those feelings of the space became the subject of the work.

AB: How did your work develop after you finished your MFA?

AET: After I graduated, I moved to Australia and, for the first six to eight months, I didn’t have a studio. In this foreign place, where I had never been before, I also found little moments that felt like home – almost like deja vu. I have this experience with most new places. Walking into a new apartment, the way the light hits one corner could take me back 10 years. I found these small moments powerful and, because I was working at my kitchen table, I worked small and made collages from scrap paper and wood to create moments of home. I think through these two bodies of work I began discovering how interested I was in personal space, and the power of suggestion.

AB: When did you first become interested in exploring outdoor landscapes, and how did you reach tropical landscapes, in particular?

AET: Around the same time that I was looking at my childhood home and creating these architectural collages, I was also interested in houseplants and plant patterns – particularly floral patterns on fabric and wallpaper. I was also becoming increasingly interested in various craft materials and mixed media. My collages started to incorporate wood, and my paintings started to incorporate embroidery or specific patterned fabrics from my mom’s old collection of fabrics. In looking at these floral patterns and thinking about houseplants, I became interested in the tradition of bringing the outside inside: domesticating outdoor plants to live inside. I found it particularly interesting that most popular houseplants are versions of native tropical plants. I began to think about people setting out on expeditions, capturing these plants and bringing them inside. What were their origin stories? Where were they from? The houseplants started to become the main subject in some of the work.

AB: How did your time in Australia affect these ideas?

AET: Well, when I moved to Australia, I was surrounded by many of these plants growing outside that I had mostly only experienced as houseplants in pots. Not that all of these tropical plants are native to Australia – it’s a country with its own interesting and specific flora – but, for the first time, I lived in a climate where the plants didn’t have to be caged indoors. They were overgrowing in people’s yards, creating these seductively lush mini-landscapes. I had similar feelings visiting Los Angeles, where you would see portions of these tropical oases popping up over gates and walls surrounding the beautiful houses in the hills. In these lush environments, the scale and density of the plant life is overwhelming and dramatic. It’s obvious why anyone would want to take a little plant for themselves and make it live with them in their cold little apartment. Clearly, in all of these thoughts about tropical plants being captured and held for personal enjoyment, there’s a metaphor, or direct correlation to, what has happened with human beings from tropical places.

AB: The theme of being an outsider looking in was captured by your Eavesdropping series, which centred on the fictional character Vera Otis. How did you come across the photograph that became your source for her, and what was your motivation for creating an identity for this person?

AET: I found the photograph in a thrift store in Chicago, where I was studying for my MFA. I was working from these old family photographs, but getting too fixated on truth and the accuracy of the people, places and situations within them. I was also painfully aware that, even if I was in the photograph, there were a million things about that moment that I had either forgotten, did not know, or that had not been captured within the frame of the photograph. If I worked from a photograph of someone I didn’t know, I would have the freedom to create a new story while still talking about some of the same thoughts, fears, hopes and curiosities I have.

At the thrift store, I bought maybe a dozen photos and sat with them for months after graduating before starting to make work from them. The woman I eventually named Vera Otis stood out for me because of the way she confronts the viewer. She is direct, confident and aware of the photograph being taken. She engages the viewer and, although I’ll never know who she was looking at, it was almost more interesting to think about her seeing me, or whoever else could have picked up that photograph. If she sees me, then I become a voyeur. This photograph is her private space and not only am I intruding, but I will never know what lay beyond the frame. It was the perfect substrate on which to build a story.

AB: Eavesdropping also highlighted the importance of interior spaces, specifically the notion of home. In this context, the viewer was the person outside, looking into a building. What changes when you place the viewer in a space that is already outside – the jungle?

AET: I think about intrusion and the transition from viewer to voyeur. Our homes are private spaces that we protect with walls, fences, gates, shrubs and so on. While so many of us peek inside our neighbours' houses through lit uncovered windows, we know not to linger long enough to get caught. In our homes, it’s clear when someone is intruding – there are delineated barriers to cross, transgressions are clear. By building structures and erecting walls, we also call attention to the very thing(s) we want to protect. Barriers become a lot less clear outside: how do you know when you’ve entered inhabited land? How do you know you’re not being watched? I like that plants can camouflage the intruder and the intruded on at the same time. You’re not sure which side of the barrier you’re actually on – voyeur or viewed. 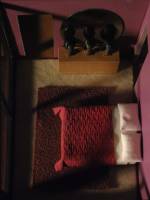