Andrzej Jackowski is known for his poetic reveries of dispossession, epic scenes of trees floating across the night sky. The sense of displacement in his paintings stems from a childhood spent living in wooden huts in a refugee camp in Wales, expecting to return to his native Poland after the War. The layers of memory are conjured up in the slatted architecture of The Tower of Copernicus (1980), a primitive work of haunting beauty modelled on the story of an astronomer-monk, who lived with a glittering view of the stars. The element of transience and the desire to keep hold of something concrete, lodged in the mind amid the torrents of history, resonates in Jackowski’s exhibition of recent works, ‘The Remembered Present’, at the Purdy Hicks Gallery. Yet today the artist’s images are more rooted in space, their dreams condensed into blocks of Southern Baltic colour. Their planes construct mise en scenes, filmic settings in which actors (humans and animals) stand frozen in time, directing their audience to explore their silent interior world, contained in the gallery.

In the painting that lends its title to the exhibition, The Remembered Present (2009), two women stand patiently at the threshold of the canvas: one woman’s expression disappears into her white chemise, creating a light counterpoint to her heavy-eyed and purple-dressed companion. The latter holds a pictorial fragment borrowed from Carlo Carrà’s metaphysical landscape, The Pine Tree by the Sea (1921) – a talismanic image for the artist and the inspiration for a poem that he wrote. The first is an inner figure, whereas the other is a more outward figure: together they open a door on to a luminous space, before a shadow of velvety darkness falls. “One is looking out and one is looking in. That is how the image reads to me. If paintings are not surprising to me then they are not interesting to me. They should give me a sense of what I was thinking at the time, some aspect on the edges of my mind,” explains Jackowski. The work arose from seeing a photograph of women who were HIV positive in a magazine. Yet although the image points towards the inevitability of death, it encourages the viewer to see the transient beauty at life’s margins, in the lyrical depiction of the sea.

As a reader, Jackowski draws inspiration from Gaston Bachelard’s concept of “intimate immensity”,1 a phrase hinting at the idea that a tiny space is a synecdoche for a whole way of being or a complete life history. In his painting practice, he plays with the French philosopher’s poetic vocabulary of roundness, trees, drawers, nests, fire and water to stir a reverie in the minds of his spectators. This attention to the psychological potential of domestic surroundings can be observed in Love Cells (2009), in which a faceless woman’s head touches the ceiling of a house. The finely constructed architecture is a metaphor for the human body, its grid of filmic cells mapping the figure’s intellectual terrain. For the artist, the block of Baltic colour symbolises a buzz box or a hive – a leitmotif that holds resonance in his oeuvre. “I did a painting in 1991 called The Beekeeper’s Son [which won the John Moores Contemporary Painting Prize], after Sylvia Plath’s The Beekeeper’s Daughter. That was a Chagall-like figure floating through a busy, buzzy space of thoughts, whereas this image is a more concentrated version of cells,” says Jackowski.

This exhibition rewards careful attention: the meaning of its strange terrain unfolds in slow motion. In Vigilant Dreamer (2009), a watchful heron probes the roof of a luminous house with its golden beak, as his white feathers are ruffled by a dash of purple. Larger than life, the heron keenly observes the path of a toy-sized man on horseback. Jackowski identifies with the vigilance of the bird: “The heron is a self-portrait – it speaks of the way that I find an image. I wait and wait and wait, and then I try to capture it,” he explains. This sense of patience enables the artist to engage his audience in a dialogue of trust, “through the slow and silent work of the hand,” as Gabriel Josipovici writes in Jackowski’s richly illustrated first monograph.2 The approach contrasts with the tendency of many artists to rush out vast bodies of work, due to their impatience at the swift passage of time, a quality that in Kafka’s view led men to be “expelled from Paradise”.3 In gazing at the trees, sea and sky, as well as the buildings, in this world of light and shadow, people might discover a new veracity in the spaces they inhabit. Jackowski does not present any end truths in these fragments of memory, but instead encourages his viewers to be clear-sighted in their reflection on the hope and despair of the human condition. The artist concludes: “I want to allow people to find out something about themselves.” 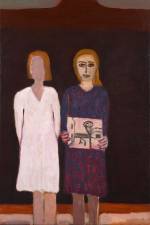 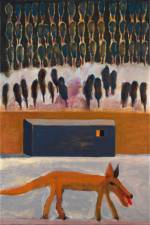 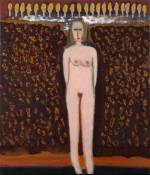