A History of Drawing

A History of Drawing

The inaugural exhibition at the Camberwell College of Arts’ new space is a sensitive, nuanced look at eight decades of a core artistic form 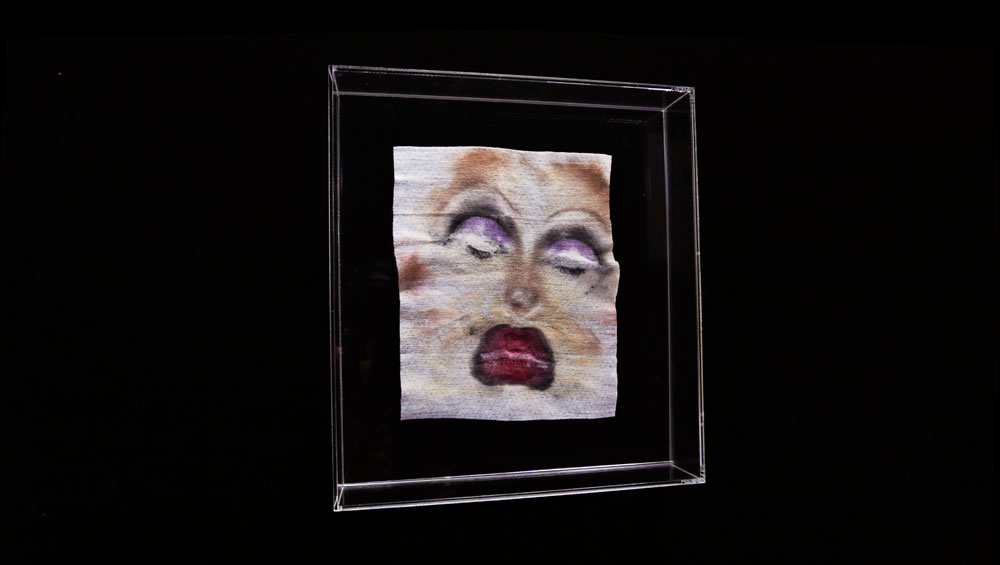 Victoria Sin. She must be used to it, she is so goddamn beautiful, 2017. Courtesy the artist.

The act of drawing is, at its core, the making of marks and lines on a surface. A drawing is often made with a pen or pencil on paper, but not necessarily so. Yet, as a method of fine art, it has gradually become subject to strictures. Well into the 20th century, it was often cast as preparatory, or otherwise subsidiary, to final, “finished” opuses: a position that simultaneously diminishes its significance while acknowledging its centrality to artistic practice. By the mid-century, it had been threatened by the primacy of photography as a preferred means for capturing reality, and by abstract art as an essential stage in the artistic process. But, conversely, this annexation gradually freed drawing from its representational manacles, allowing it to bloom in countless different directions. 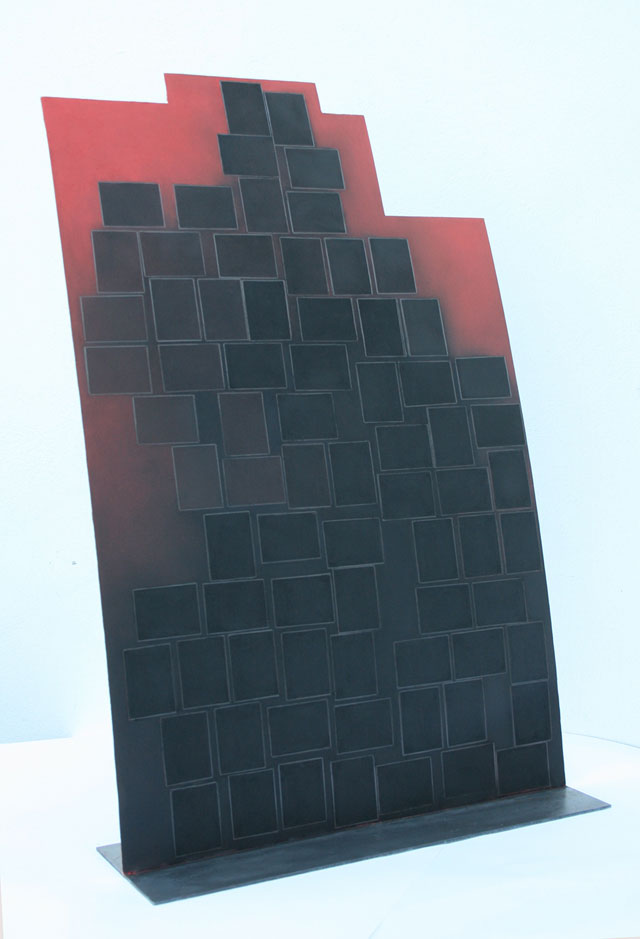 Kelly Chorpening, Making Use of Space, 2017. Pastel and pencil on paper mounted to steel. Courtesy the artist.

This is one of the many stories that can be inferred from A History of Drawing, a multifaceted, mind-broadening exhibition at Camberwell College of Arts. It is an apt show to inaugurate the clear, light-filled Camberwell Space, a new, publicly accessible gallery opened as part of the college’s £62m redevelopment. Curated by Kelly Chorpening, artist and course leader of BA drawing at Camberwell, it places a judicious selection of pieces by older artists associated with the school alongside a broad swath of work by recent graduates. Altogether, it covers almost 80 years and 60 practitioners, without ever becoming unwieldy. 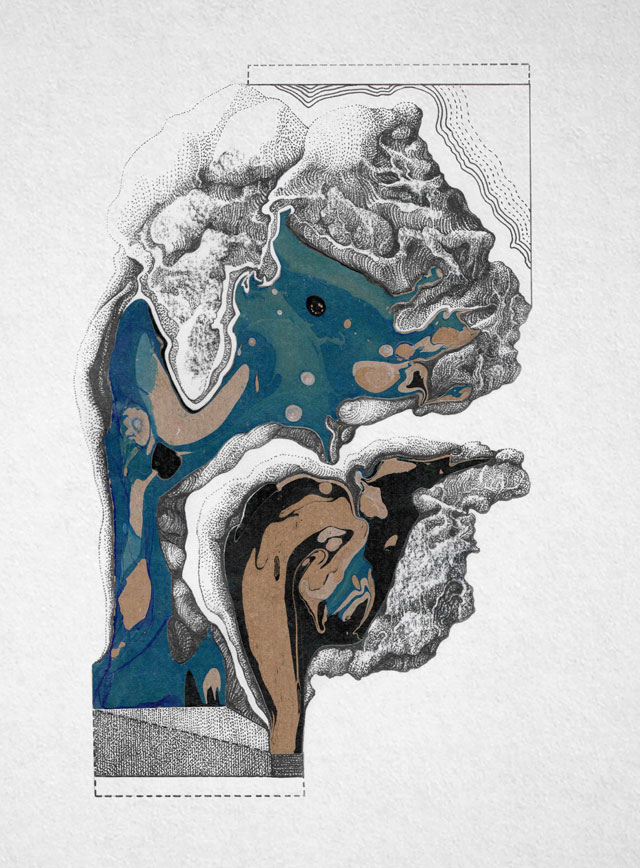 The exhibition is loosely structured into a series of sections on such topics as the observation of nature, drawing’s role in sculpture, and life drawing. As a survey of the latter alone, it manages to be more satisfying than the Royal Academy’s concurrent From Life, a bizarre, incoherent muddle that feels as if it is trying to complete a jigsaw using pieces from a dozen different sets. Chorpening’s selection, instead, lets correspondences calmly suggest themselves across time and medium. So we have the clustered shapes of Phyllida Barlow’s untitled: upturned (2017) in acrylic on paper above 2006 graduate Akiko Ban’s equally polychromatic but flowing, semi-figurative The Architect (2017), which uses glitter, rhinestones and googly eyes. These are superficially similar in colouration, but entirely different in other respects, and yet both can be considered drawings. 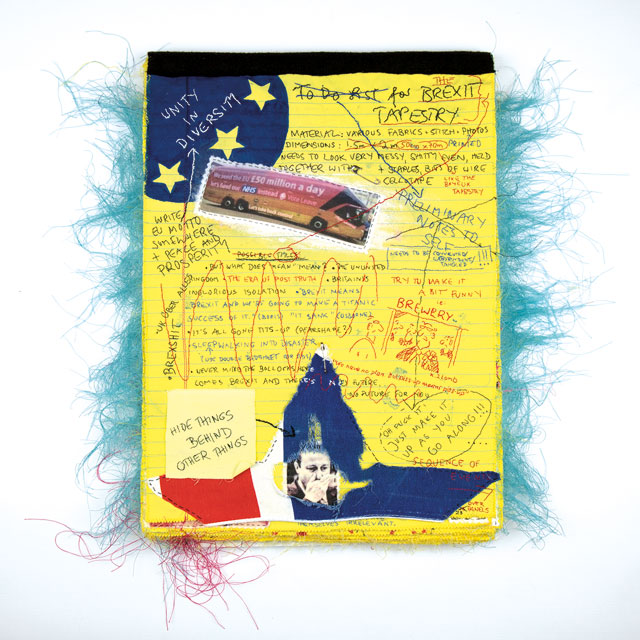 The exhibition branches out in several directions, one of which deals with conflicting streams in art education. The earliest drawing here, war artist Edward Ardizzone’s Shelter Scene (1941), showcases drawing’s ability to capture impressions of people over an extended period yet conflate them into a single representative moment of time. It captures well the combination of tenseness and humdrum that must have characterised lives on the home front, with groups of neighbours chatting away as if they have met not during the Blitz but on a walk through the park. This is drawing as taught by the Euston Road School, which valorised lifelike renditions of subjects slowly over time.

Several of that school’s members taught at Camberwell after the second world war. One of their students, Euan Uglow, followed his mentor William Coldstream in copiously using measuring devices to assemble his paintings; here, a pair of 1990s drawings bears the fruit of such precision. Contemporaneous to this was the Bauhaus-inspired abstraction of the principal, William Johnstone, and Euston Road outlier Victor Pasmore, the latter of whom is represented by the late work Lines Across the Sky (1992). Between 1958 and 1965, when Frank Auerbach became an influential tutor, a third vein proliferated, which returned to figuration but valued expressive, exploratory work. Auerbach’s Michael (1990), shown here in digital reproduction, has the same chaotic charge as his painted portraits.

But the most dramatic shift came with the onset of conceptualism, when drawing become less a discrete field than an approach, although one with its own constraints. The influence of minimalism has been keenly felt: Wendy Smith’s Matelassé and Hurdy Gurdy Man (both 2009) in pen and ink achieve hypnotic effect by adding lines to a simple grid. The adjoining Bullet Drawing (Crosshairs) (2013) by Cornelia Parker subverts a grid through her material – bullet lead melted and drawn into a wire – and the shadows that the metal casts beneath.

In her excellent accompanying essay to the exhibition, Chorpening seizes art historian Henri Focillon’s idea of “the mind in the hand” as an ethos for contemporary drawing, with a focus on the why and how of drawing. We see some of this in pieces that demonstrate drawing’s applications outside fine art. Among the most visually luscious works on display are a series of flower paintings by Margaret Mee, on loan from Kew Gardens. Mee applied her fine-art training to tracking rare plants, and, in doing so, helped to bring attention to the destruction of the rainforests. Both Eleanor Crook and Jennifer NR Smith, represented here by fine drawings, maintain an art practice while respectively working on sculpture for medical use and scientific illustrations; in each case, it is clear that their professional practice informs the course of their art. In other cases, artists assume the characteristics of an extra-artistic form in their art. David Hepher’s pictures of Walworth’s Aylesbury Estate (c1982-84) assume some of the characteristics of architectural diagrams, but have oblique comments – “Broom?,” “plant,” “cast shadows” – that reveal them as observations rather than plans. 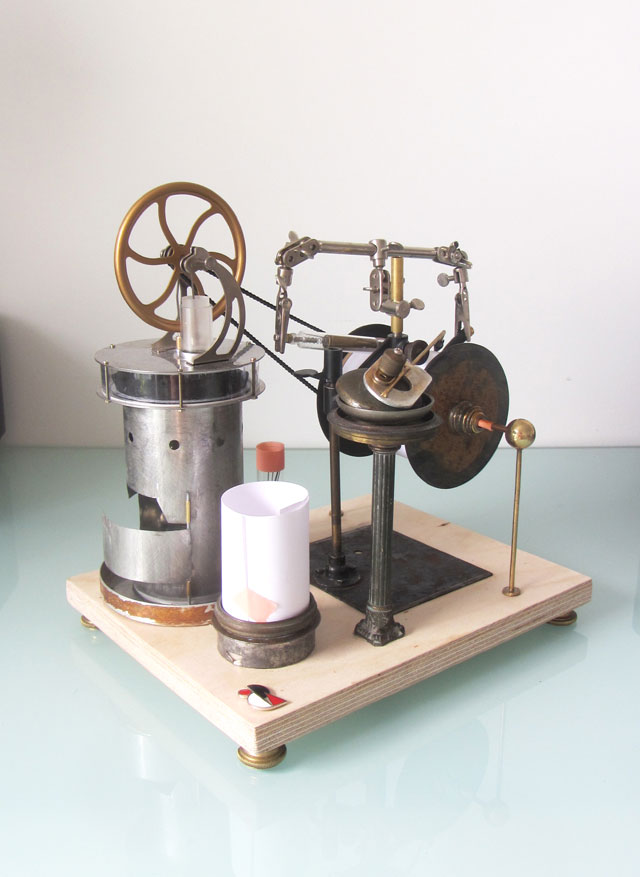 In the present day, conceptualism’s disavowal of narrative has been reversed, and the mediums by which drawing is conveyed have ballooned. Anne-Marie Creamer’s video Meeting the Pied Piper in Brasov: a paper prologue (2011) shows a stack of drawings, each pulled aside in turn to craft a narrative. Associate lecturer Janette Parris’s Brief Encounters (2015) is an animation, a form that relies on a succession of drawings stitched together, while her colleague Tim Ellis’s Eraser (2017) is a miniature machine that simultaneously marks and erases a drawing from paper. Even a pencil drawing, Alejandra Lopez Martinez’s A Girl Smoking (2016), plays with textural and perspectival qualities to the point where it assumes some of the depth and layering of a collage.

The political and social applications of drawing are also brought to the foreground in contemporary work, often in tandem with subversion of form. Gavin Jantjes’s A South African Colouring Book (1974-75), presented here in lithograph reproduction, addresses apartheid in a medium that encourages children to practise their artistic capabilities. Brigitte Mierau’s Preliminary Notes to Self for the Making of the Brexit Tapestry (2018), in cotton and other materials, presents a sheet-by-sheet diary of its creator’s reactions to the political fallout of the EU referendum. Atop a background resembling lined notebook paper, newspaper clippings are transposed to fabric and surrounded by notes and sketches. The drawing seems to regain its preparatory function – and if you are preparing to create a tapestry, why not draw using fabric? – but allows a space for reflection as well as practice. In Priscilla Fiszman’s video Love Stairs (2016), meanwhile, we follow the creation of a staircase across a Brazilian favela: yet another way of marking a line across a surface. To this exhibition’s credit, this doesn’t seem that much of a stretch. 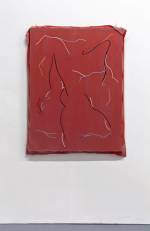